In this page you can download PNG image - Hands PNG, hand image free. 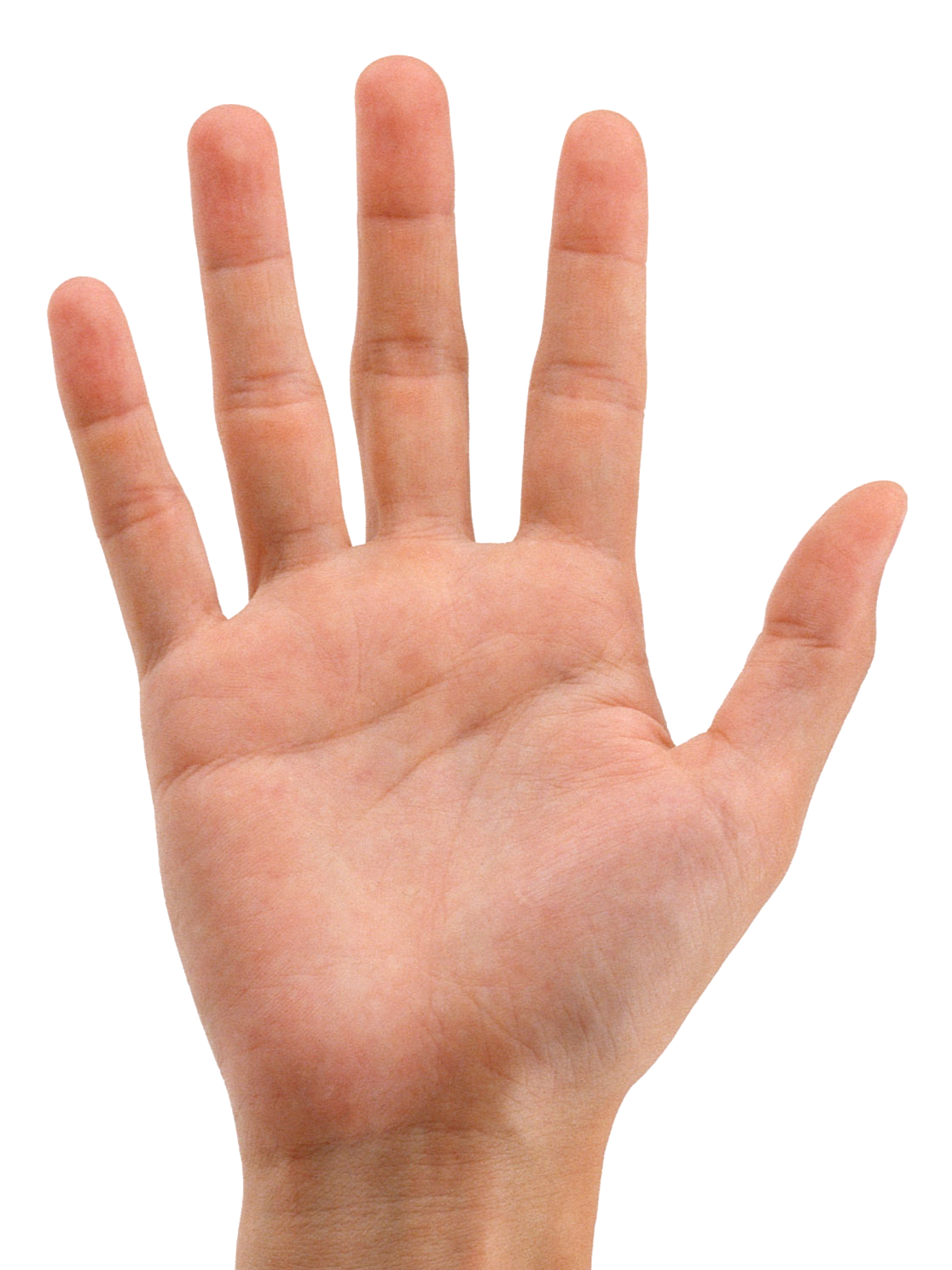 This image has format transparent PNG with resolution 1116x1488.
You can download this image in best resolution from this page and use it for design and web design.

A hand is a prehensile, multi-fingered organ located at the end of the forearm or forelimb of primates such as humans, chimpanzees, monkeys, and lemurs. A few other vertebrates such as the koala (which has two opposable thumbs on each "hand" and fingerprints remarkably similar to human fingerprints) are often described as having "hands" instead of paws on their front limbs. The raccoon is usually described as having "hands" though opposable thumbs are lacking.

Fingers contain some of the densest areas of nerve endings on the body, and are the richest source of tactile feedback. They also have the greatest positioning capability of the body; thus, the sense of touch is intimately associated with hands. Like other paired organs (eyes, feet, legs) each hand is dominantly controlled by the opposing brain hemisphere, so that handedness—the preferred hand choice for single-handed activities such as writing with a pencil, reflects individual brain functioning.

Some evolutionary anatomists use the term hand to refer to the appendage of digits on the forelimb more generally — for example, in the context of whether the three digits of the bird hand involved the same homologous loss of two digits as in the dinosaur hand.

Many mammals and other animals have grasping appendages similar in form to a hand such as paws, claws, and talons, but these are not scientifically considered to be grasping hands. The scientific use of the term hand in this sense to distinguish the terminations of the front paws from the hind ones is an example of anthropomorphism. The only true grasping hands appear in the mammalian order of primates. Hands must also have opposable thumbs, as described later in the text.

The hand is located at the distal end of each arm. Apes and monkeys are sometimes described as having four hands, because the toes are long and the hallux is opposable and looks more like a thumb, thus enabling the feet to be used as hands.

The word "hand" is sometimes used by evolutionary anatomists to refer to the appendage of digits on the forelimb such as when researching the homology between the three digits of the bird hand and the dinosaur hand.

An adult human male's hand weighs about a pound.

The glabrous (hairless) skin on the front of the hand, the palm, is relatively thick and can be bent along the hand's flexure lines where the skin is tightly bound to the underlying tissue and bones. Compared to the rest of the body's skin, the hands' palms (as well as the soles of the feet) are usually lighter — and even much lighter in dark-skinned individuals, compared to the other side of the hand. Indeed, genes specifically expressed in the dermis of palmoplantar skin inhibit melanin production and thus the ability to tan, and promote the thickening of the stratum lucidum and stratum corneum layers of the epidermis. All parts of the skin involved in grasping are covered by papillary ridges (fingerprints) acting as friction pads. In contrast, the hairy skin on the dorsal side is thin, soft, and pliable, so that the skin can recoil when the fingers are stretched. On the dorsal side, the skin can be moved across the hand up to 3 cm (1.2 in); an important input the cutaneous mechanoreceptors.

The web of the hand is a "fold of skin which connects the digits". These webs, located between each set of digits, are known as skin folds (interdigital folds or plica interdigitalis). They are defined as "one of the folds of skin, or rudimentary web, between the fingers and toes".