In this page you can download PNG image - Converse shoes PNG. 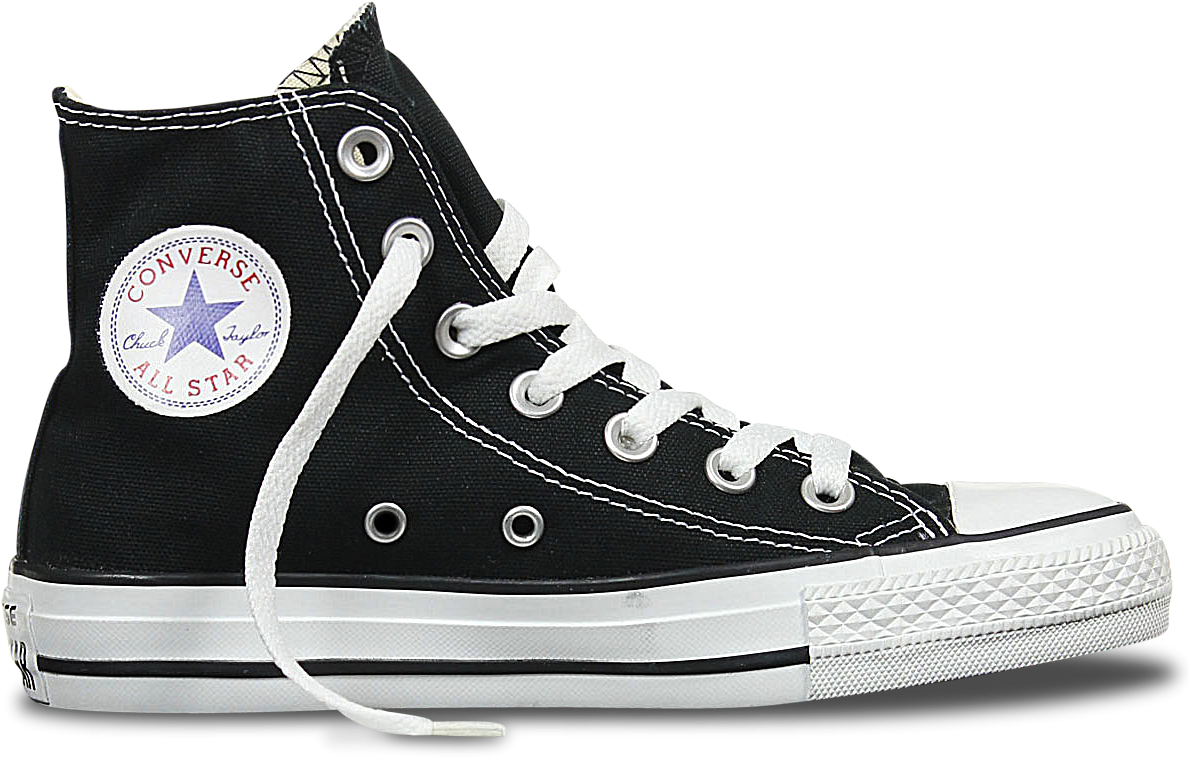 This image has format transparent PNG with resolution 1189x757.
You can download this image in best resolution from this page and use it for design and web design.

Converse is an American shoe company that designs, distributes and licenses sneakers, skating shoes, lifestyle brand footwear, apparel, and accessories. Founded in 1908, it has been a subsidiary of Nike, Inc. since 2003.

During World War II, Converse shifted its manufacturing to make footwear for the military. It was one of the few producers of athletic shoes and for over a half century the company dominated the American court shoe market. From the 1970s, the company lost its dominant position as competitors presented their own styles.

Today the company's portfolio include products under the Converse, Cons, Chuck Taylor All-Star, Jack Purcell, One Star, and Star Chevron trademarks.[3] Converse also frequently collaborates on special edition product releases with other brands such as John Varvatos. Converse shoes are distinguished by a number of features, including the company's star insignia, the All Star's rubber sole, smooth rounded toe, and wrap-around strip.

As of 2019, Converse sold products through 109 company-owned retail stores in the United States and 63 stores in international markets. Converse employees are counted among the 76,700 employees of Nike Inc. worldwide.

At age 47, Marquis Mills Converse, who was previously a manager at a footwear manufacturing firm, opened the Converse Rubber Shoe Company in February 1908 in Malden, Massachusetts. The company was a rubber shoe manufacturer, providing winterized rubber soled footwear for men, women, and children. By 1910, Converse was producing shoes daily, but it was not until 1915 that the company began manufacturing athletic shoes.

The company's catalyst came in 1917 when the Converse All-Star basketball shoe was introduced. Then in 1923, a basketball player named Charles H. "Chuck" Taylor walked into Converse complaining of sore feet. Converse gave him a job: he worked as a salesman and ambassador, promoting the shoes around the U.S., and in 1932 Taylor's signature was added to the All-Star patch on the classic, high-topped sneakers. He continued this work until shortly before his death in 1969. Converse also customized shoes for the New York Renaissance (the "Rens"), the first all–African American professional basketball team. In 1962, center Wilt Chamberlain of the Philadelphia Warriors scored 100 points in an NBA game while wearing a pair of Chucks, taking a 169–147 victory over the New York Knicks in Hershey, Pennsylvania on March 2.

An improved model of the Chuck Taylor All-Star, the Chuck Taylor II, was announced by company management in July, 2015.[15] The Chuck Taylor II's were released on July 28, 2015.[16] Incorporating Nike technology, it retains the most of outward appearance of the original while employing a modern lightweight lunarlon insole. The notable changes made to the new sneakers are the removal of the wrap around strip, premium canvas with higher quality stitching, and a no slip tongue.