In this page you can download PNG image - Trident PNG. 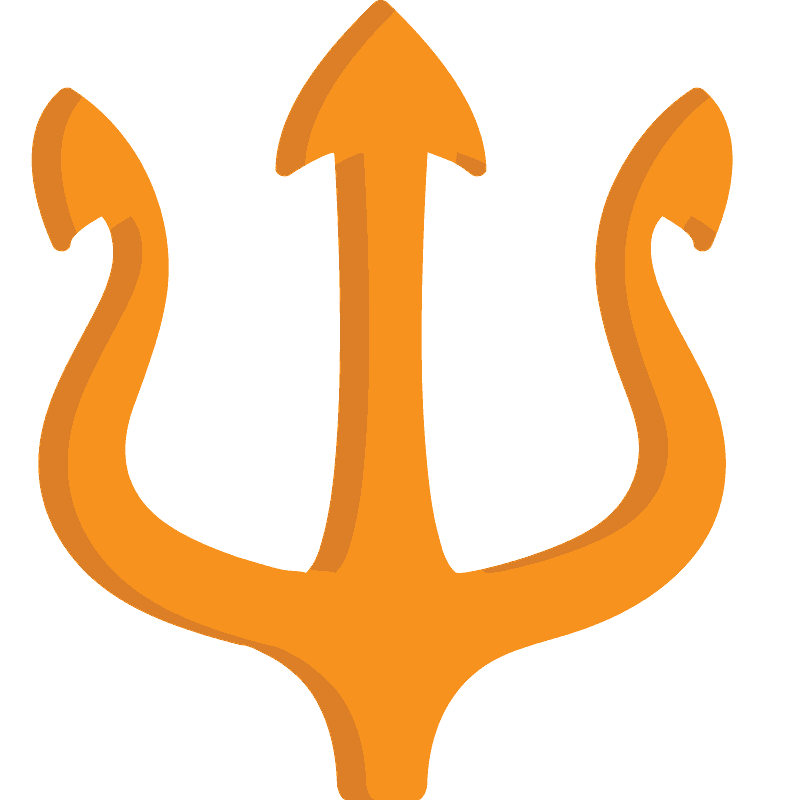 This image has format transparent PNG with resolution 800x800.
You can download this image in best resolution from this page and use it for design and web design.

A trident /ˈtraɪdənt/ is a three-pronged spear. It is used for spear fishing and historically as a polearm.

The trident is the weapon of Poseidon, or Neptune, the God of the Sea in classical mythology. The trident may occasionally be held by other marine divinities such as Tritons in classical art, and trident maybe depicted in medieval heraldry as well, sometimes held by a merman-Triton. In Hinduism, it is the weapon of Shiva, known as trishula (Sanskrit for "triple-spear").

The trident is associated with the sea-god Poseidon and his Roman counterpart Neptune.

This divine instrument is said to have been forged by the cyclopes.

Poseidon struck a rock with his trident, causing a sea (or a saltwater spring, called the Erechtheis) to appear nearby on the Acropolis in Athens. And according to Roman sources, Neptune struck the earth with the trident to produce the first war-horse.

Poseidon, as well as being the god of the sea, was also known as the "Earth Shaker", believed to cause earthquakes; some commentator have extrapolated that the god would used the trident to cause them, possibly by striking the earth.

In the Renaissance artist Gian Bernini's sculpture Neptune and Triton (1622–23), Neptune is posed holding a triton turned downwards, and is thought to reenact a scene from Aeneid or Ovid's Metamorphosis where he is calming the waves to aid Aeneas's ships.

In religious Taoism, the trident represents the Taoist Trinity, the Three Pure Ones. In Taoist rituals, a trident bell is used to invite the presence of deities and summon spirits, as the trident signifies the highest authority of Heaven.

A fork Jewish priests (Kohanim) used to take their portions of offerings.In Ancient Rome tridents (Latin: tridens or fuscina) were used by a type of gladiator called a retiarius or "net fighter". The retiarius was traditionally pitted against a secutor, and cast a net to wrap his adversary and then used the trident to kill him.