In this page you can download PNG image - Sprite PNG can image. 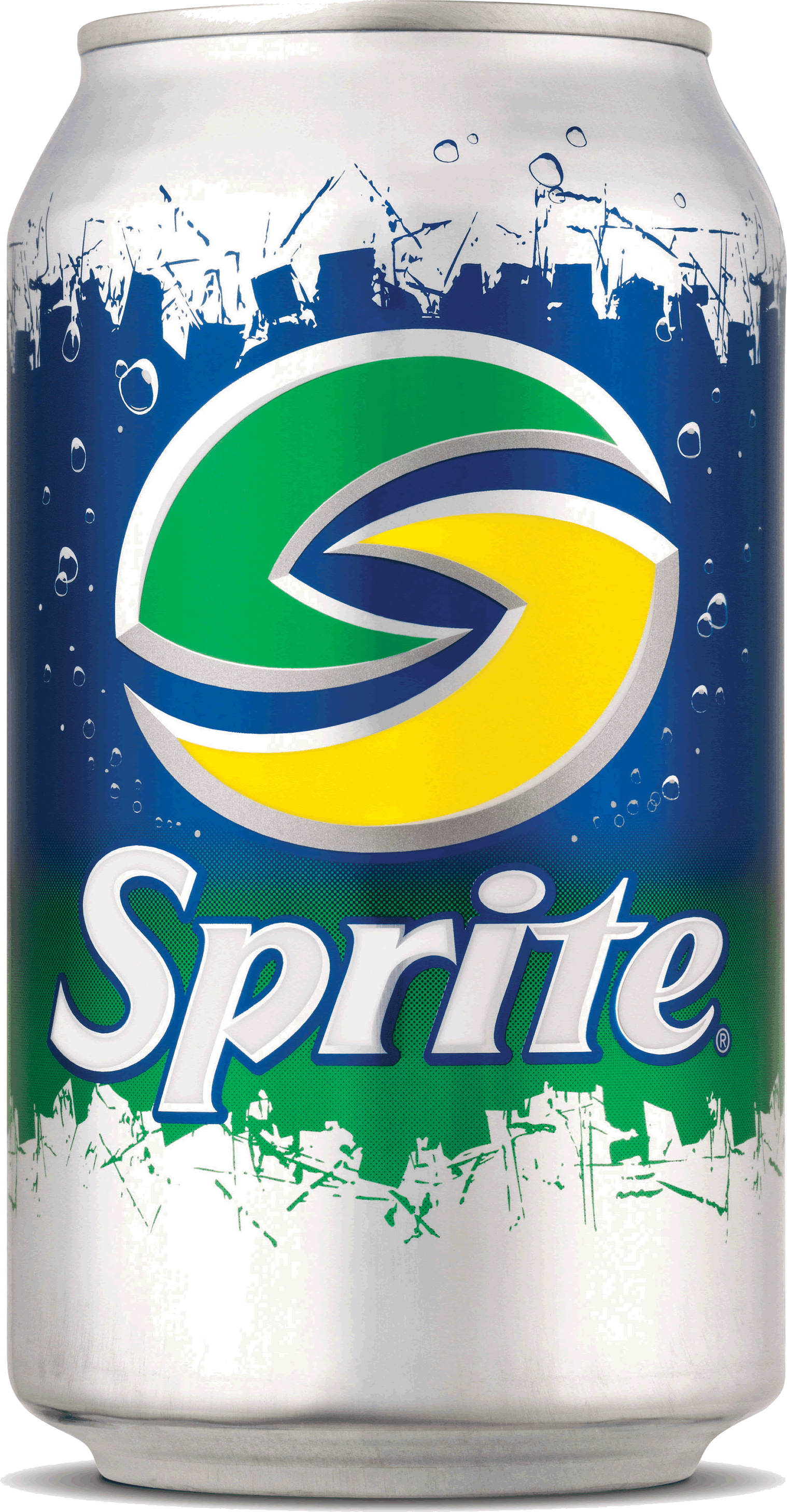 This image has format transparent PNG with resolution 1518x2918.
You can download this image in best resolution from this page and use it for design and web design.

Sprite is a colorless, lemon and lime-flavored soft drink created by The Coca-Cola Company. It was first developed in West Germany in 1959 as Fanta Klare Zitrone ("Clear Lemon Fanta") and was introduced in the United States under the current brand name Sprite in 1961 as a competitor to 7 Up. Sprite comes in multiple flavours, including, but not limited to, cranberry, cherry, grape, orange, and vanilla.

Sprite advertising often makes use of the portmanteau word lymon, a combination of the words "lemon" and "lime". Additionally, the bottle of the beverage has several concave spots, an attempt to emulate the bubbles caused by the soda's carbonation.

By the 1980s, Sprite had developed a large following among teenagers. In response, Sprite began to cater to this demographic in their advertisements in 1987. "I Like the Sprite In You" was the brand's first long-running slogan, and many jingles were produced around it before its discontinuation in 1994.

In 1994, Sprite revamped its marketing logo, and slogan, as well. The new, more vibrant logo stood out more on packaging and featured a blue-to-green gradient with silver "splashes" and subtle white "bubbles" in the background. The product name, "Sprite" had a blue backdrop shadow on the logo. The words; "Great Lymon Taste!" which had been present on the previous logo, were removed. This logo was used in the United States until 2006, and similar variants were used in other countries until this year as well.

The brand's slogan was changed to "Obey Your Thirst", and jingles containing it became urban-oriented, featuring a hip-hop theme. One of the first lyrics for the new slogan was, "never forget yourself 'cause first things first, grab a cold, cold can, and obey your thirst.” Under the new slogan, Sprite tapped into hip-hop culture by leveraging up and coming, as well as underground rap artists including; LL Cool J, A Tribe Called Quest, KRS-One, Missy Elliott, Grand Puba, Common, Fat Joe, Nas and others in television commercials. Sprite expanded its urban connections in the late 1990s by featuring both amateur and accomplished basketball players in their advertisements. To this day, NBA players and hip-hop artists such as LeBron James, Vince Staples, and Lil Yachty frequently appear in Sprite adverts.

In 1998, one commercial poked fun at products that featured cartoon mascots in the style of a horror film. In it, the mascot for a fictitious orange juice drink called "Sun Fizz" comes to life, terrifying the kids and mother, and starts to chase them.

In the 1990s, one of Sprite's longest-running ad campaigns was "Grant Hill Drinks Sprite" (overlapping its "Obey Your Thirst" campaign), in which the well-liked basketball player's abilities, and Sprite's importance in giving him his abilities, were humorously exaggerated.

In 2004, Coke created Miles Thirst, a vinyl doll voiced by Reno Wilson, used in advertising to exploit the hip-hop market for soft drinks.

In 2006, a new Sprite logo, consisting of two yellow and green "halves" forming an "S" lemon/lime design, made its debut on Sprite bottles and cans. The slogan was changed from its long-running "Obey Your Thirst" to just "Obey" in the United States and was outright replaced with "Freedom From Thirst" in many countries. This was the decade's first major shift in advertising themes.

The "Sublymonal" campaign was also used as part of the alternate reality game the Lost Experience. This also resurrected the "lymon" word.

Sprite redesigned its label in 2009, removing the "S" logo.

In France in 2012, the drink was reformulated removing 30% of the sugar and replacing it with the sweetener Stevia. This led to the drink containing fewer calories. This soon spread to Ireland, the UK and the Netherlands in 2013.

A further formula change happened in the UK in 2018. This formula replaces Stevia with Aspartame and Acesulfame K and has less sugar than before. In Ireland in the same year, Sprite was relaunched with Sprite Zero being renamed Sprite. Sprite with sugar is no longer being sold. In addition, a version of the sugar-free drink with cucumber taste was added to the range.

In Australia, Sprite launched with a new recipe containing 40% less sugar (compared with old Sprite) in August 2019. This formula does not use Aspartame but replaces some of the sugar with Acesulfame K and Sucralose.