In this page you can download PNG image - Lotus flower PNG. 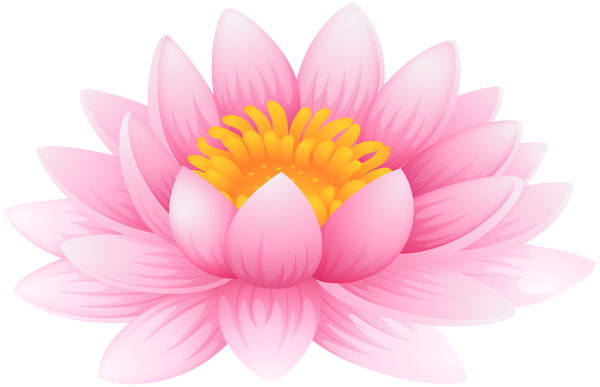 This image has format transparent PNG with resolution 600x387.
You can download this image in best resolution from this page and use it for design and web design.

Nelumbo nucifera, also known as Indian lotus, sacred lotus, bean of India, Egyptian bean or simply lotus, is one of two extant species of aquatic plant in the family Nelumbonaceae. It is often colloquially called a water lily. Under favorable circumstances the seeds of this aquatic perennial may remain viable for many years, with the oldest recorded lotus germination being from that of seeds 1,300 years old recovered from a dry lakebed in northeastern China.

It has a very wide native distribution, ranging from central and northern India (at altitudes up to 1,400 m or 4,600 ft in the southern Himalayas), through northern Indochina and East Asia (north to the Amur region; the Russian populations have sometimes been referred to as "Nelumbo komarovii"), with isolated locations at the Caspian Sea. Today the species also occurs in southern India, Sri Lanka, virtually all of Southeast Asia, New Guinea and northern and eastern Australia, but this is probably the result of human translocations. It has a very long history (c. 3,000 years) of being cultivated for its edible seeds, and it is commonly cultivated in water gardens. It is the national flower of India and Vietnam.

The lotus is often confused with the water lilies (Nymphaea, in particular Nymphaea caerulea "blue lotus"). In fact, several older systems, such as the Bentham & Hooker system (which is widely used in the Indian subcontinent) refer to the lotus by its old synonym of Nymphaea nelumbo. This is, however, taxonomically incorrect. Far from being in the same family, Nymphaea and Nelumbo are members of different orders (Nymphaeales and Proteales, respectively).

While all modern plant taxonomy systems agree that this species belongs in the genus Nelumbo, the systems disagree as to which family Nelumbo should be placed in, or whether the genus should belong in its own unique family and order. According to the APG IV system, N. nucifera, N. lutea, and their extinct relatives belong in Proteales with the protea flowers due to genetic comparisons. Older systems, such as the Cronquist system, place N. nucifera and its relatives in the order Nymphaeles based on anatomical similarities.

The roots of lotus are planted in the soil of the pond or river bottom, while the leaves float on top of the water surface or are held well above it. The flowers are usually found on thick stems rising several centimeters above the leaves. The plant normally grows up to a height of about 150 cm and a horizontal spread of up to 3 meters, but some unverified reports place the height as high as over 5 meters. The leaves may be as large as 60 cm in diameter, while the showy flowers can be up to 20 cm in diameter.

Researchers report that the lotus has the remarkable ability to regulate the temperature of its flowers to within a narrow range just as humans and other warmblooded animals do.[6] Roger S. Seymour and Paul Schultze-Motel, physiologists at the University of Adelaide in Australia, found that lotus flowers blooming in the Adelaide Botanic Gardens maintained a temperature of 30–35 °C (86–95 °F), even when the air temperature dropped to 10 °C (50 °F). They suspect the flowers may be doing this to attract coldblooded insect pollinators. Studies published in the journals Nature and Philosophical Transactions: Biological Sciences were in 1996 and 1998 important contributions in the field of thermoregulation, heat-producing, in plants. Two other species known to be able to regulate their temperature include Symplocarpus foetidus and Philodendron selloum.

An individual lotus can live for over a thousand years and has the rare ability to revive into activity after stasis. In 1994, a seed from a sacred lotus, dated at roughly 1,300 years old ± 270 years, was successfully germinated.

The traditional Sacred Lotus is only distantly related to Nymphaea caerulea, but possesses similar chemistry. Both Nymphaea caerulea and Nelumbo nucifera contain the alkaloids nuciferine and aporphine.

The genome of the sacred lotus was sequenced in May 2013.