In this page you can download PNG image - Pyramid PNG. 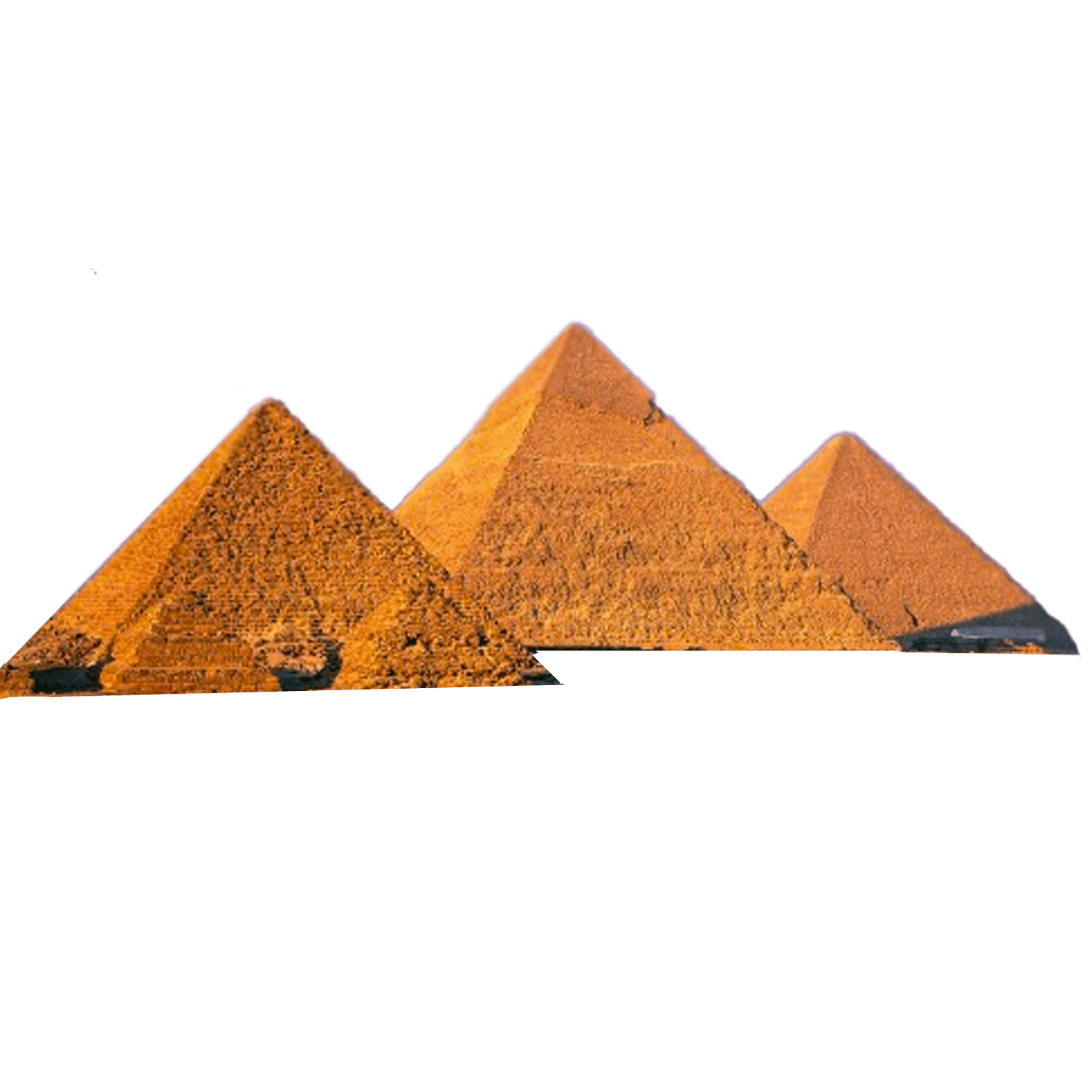 This image has format transparent PNG with resolution 1500x1500.
You can download this image in best resolution from this page and use it for design and web design.

Pyramid - is a structure whose outer surfaces are triangular and converge to a single point at the top, making the shape roughly a pyramid in the geometric sense. The base of a pyramid can be trilateral, quadrilateral, or of any polygon shape. As such, a pyramid has at least three outer triangular surfaces (at least four faces including the base). The square pyramid, with a square base and four triangular outer surfaces, is a common version.

A pyramid's design, with the majority of the weight closer to the ground, and with the pyramidion on top, means that less material higher up on the pyramid will be pushing down from above. This distribution of weight allowed early civilizations to create stable monumental structures.

Civilizations in many parts of the world have built pyramids. The largest pyramid by volume is the Great Pyramid of Cholula, in the Mexican state of Puebla. For thousands of years, the largest structures on Earth were pyramids—first the Red Pyramid in the Dashur Necropolis and then the Great Pyramid of Khufu, both in Egypt - the latter is the only one of the Seven Wonders of the Ancient World still remaining.

Khufu's Pyramid, built mainly of limestone (with large red granite blocks used in some interior chambers), contains over 2,000,000 blocks ranging in weight from 2.5 tonnes (5,500 lb) to 15 tonnes (33,000 lb) and is built on a square base with sides measuring about 230 m (755 ft), covering 13 acres. Its four sides face the four cardinal points precisely and it has an angle of 52 degrees. The original height of the pyramid was 146.5 m (488 ft), but today it is only 137 m (455 ft) high as 9 m (33 ft) has gone missing due to theft of the fine quality white Tura limestone covering, or casing stones, for construction in Cairo. It remains the tallest pyramid.

The earliest known Egyptian pyramids are found at Saqqara, northwest of Memphis. The earliest among these is the Pyramid of Djoser (constructed 2630 BC–2611 BC) which was built during the third dynasty. This pyramid and its surrounding complex were designed by the architect Imhotep, and are generally considered to be the world's oldest monumental structures constructed of dressed masonry.