In this page you can download PNG image - Christmas bell PNG. 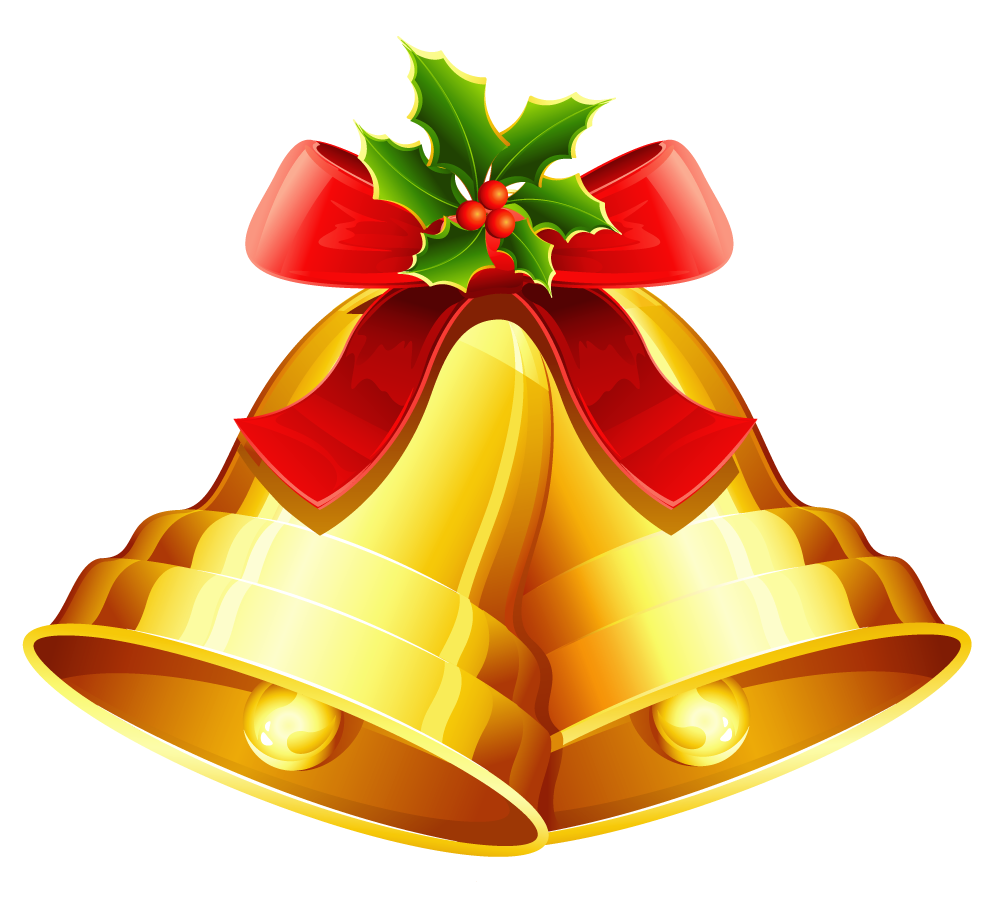 This image has format transparent PNG with resolution 996x909.
You can download this image in best resolution from this page and use it for design and web design.

A bell is a directly struck idiophone percussion instrument. Most bells have the shape of a hollow cup that when struck vibrates in a single strong strike tone, with its sides forming an efficient resonator. The strike may be made by an internal "clapper" or "uvula", an external hammer, or—in small bells—by a small loose sphere enclosed within the body of the bell (jingle bell).

Bells intended to be heard over a wide area can range from a single bell hung in a turret or bell-gable, to a musical ensemble such as an English ring of bells, a carillon or a Russian zvon which are tuned to a common scale and installed in a bell tower. Many public or institutional buildings house bells, most commonly as clock bells to sound the hours and quarters.