In this page you can download PNG image - Alarm clock PNG. 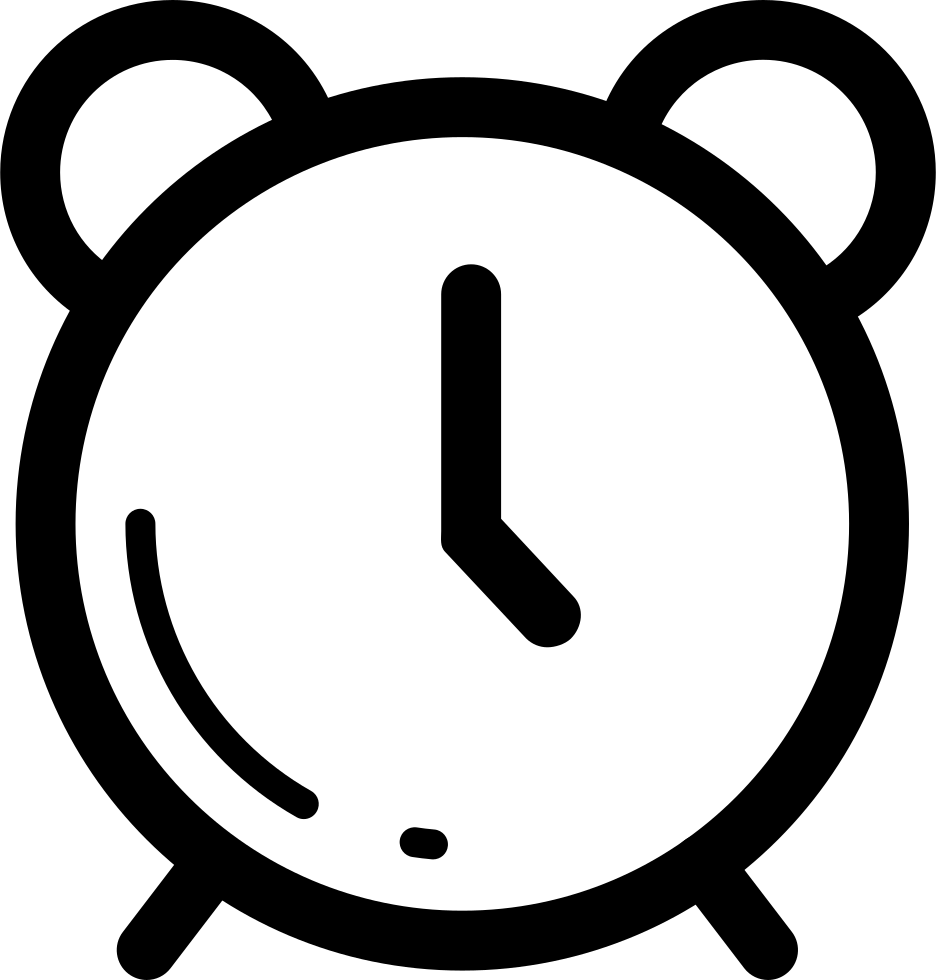 This image has format transparent PNG with resolution 936x980.
You can download this image in best resolution from this page and use it for design and web design.

An alarm clock (or sometimes just an alarm) is a clock that is designed to alert an individual or group of individuals at specified time. The primary function of these clocks is to awaken people from their night's sleep or short naps; they are sometimes used for other reminders as well. Most use sound; some use light or vibration. Some have sensors to identify when a person is in a light stage of sleep, in order to avoid waking someone who is deeply asleep, which causes tiredness, even if the person has had adequate sleep. To stop the sound or light, a button or handle on the clock is pressed; most clocks automatically stop the alarm if left unattended long enough. A classic analog alarm clock has an extra hand or inset dial that is used to specify the time at which to activate the alarm. Alarm clocks are also found on mobile phones and watches.

Traditional mechanical alarm clocks have one or two bells that ring by means of a mainspring that powers a gear to propel a hammer back and forth between the two bells or between the interior sides of a single bell. In some models, the back encasement of the clock itself acts as the bell. In an electric bell-style alarm clock, the bell is rung by an electromagnetic circuit and armature that turns the circuit on and off repeatedly.

Some alarm clocks have radio receivers that can be set to start playing at specified times, and are known as clock radios. Some alarm clocks can set multiple alarms, a useful feature for couples who have different waking up schedules. A progressive alarm clock, still new in the market, can have different alarms for different times (see Next-Generation Alarms) and even play music of your choice. Most modern televisions, mobile phones and digital watches have alarm clock functions to turn on or make sounds at a specific time.