In this page you can download PNG image - Zombie PNG. 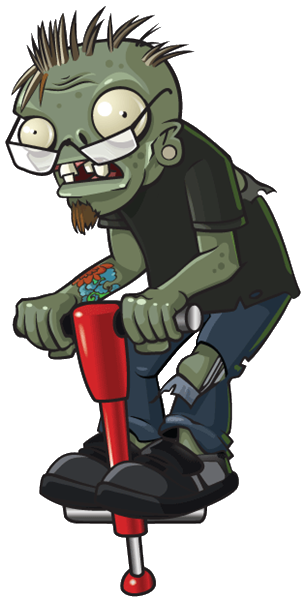 This image has format transparent PNG with resolution 305x600.
You can download this image in best resolution from this page and use it for design and web design.

A zombie (Haitian French: zombi, Haitian Creole: zonbi) is a fictional undead being created through the reanimation of a human corpse. Zombies are most commonly found in horror and fantasy genre works. The term comes from Haitian folklore, where a zombie is a dead body reanimated through various methods, most commonly magic. Modern depictions of zombies do not necessarily involve magic but often invoke science fictional methods such as carriers, radiation, mental diseases, vectors, viruses, scientific accidents, etc.

The English word "zombie" is first recorded in 1819, in a history of Brazil by the poet Robert Southey, in the form of "zombi". The Oxford English Dictionary gives the origin of the word as West African, and compares it to the Kongo words nzambi (god) and zumbi (fetish).

One of the first books to expose Western culture to the concept of the voodoo zombie was The Magic Island by W.B. Seabrook in 1929. This is the sensationalized account of a narrator who encounters voodoo cults in Haiti and their resurrected thralls. Time claimed that the book "introduced 'zombi' into U.S. speech".

Zombies have a complex literary heritage, with antecedents ranging from Richard Matheson and H. P. Lovecraft to Mary Shelley's Frankenstein drawing on European folklore of the undead. In 1932, Victor Halperin directed White Zombie, a horror film starring Bela Lugosi. Here zombies are depicted as mindless, unthinking henchmen under the spell of an evil magician. Zombies, often still using this voodoo-inspired rationale, were initially uncommon in cinema, but their appearances continued sporadically through the 1930s to the 1960s, with notable films including I Walked with a Zombie (1943) and Plan 9 from Outer Space (1959).

A new version of the zombie, distinct from that described in Haitian folklore, has also emerged in popular culture during the latter half of the twentieth century. This "zombie" is taken largely from George A. Romero's seminal film Night of the Living Dead, which was in turn partly inspired by Richard Matheson's 1954 novel I Am Legend. The word zombie is not used in Night of the Living Dead but was applied later by fans. The monsters in the film and its sequels, such as Dawn of the Dead and Day of the Dead, as well as its many inspired works, such as Return of the Living Dead and Zombi 2, are usually hungry for human flesh, although Return of the Living Dead introduced the popular concept of zombies eating brains. The "zombie apocalypse" concept, in which the civilized world is brought low by a global zombie infestation, became a staple of modern popular art.