In this page you can download PNG image - Electric guitar PNG. 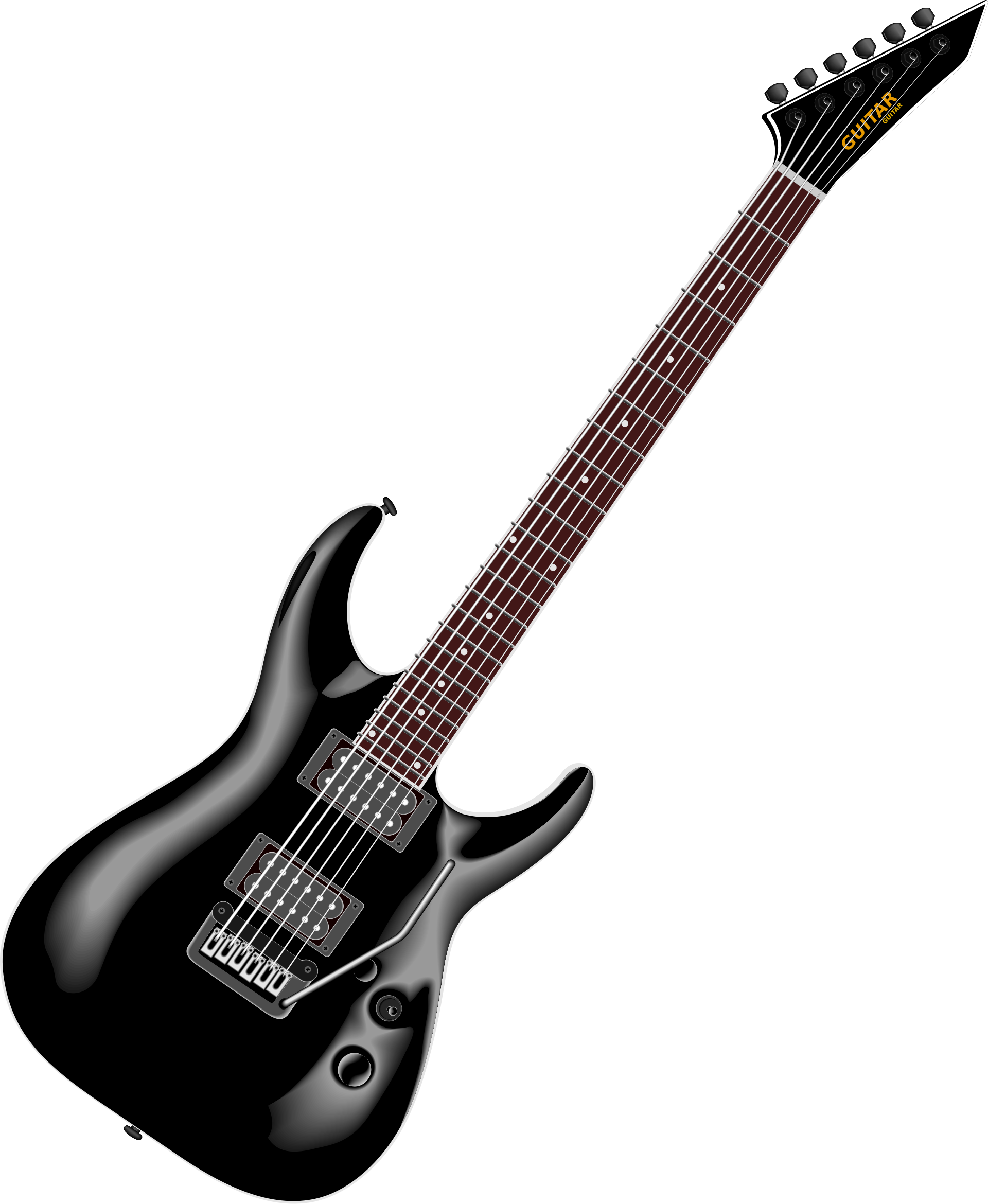 This image has format transparent PNG with resolution 1920x2340.
You can download this image in best resolution from this page and use it for design and web design.

An electric guitar is a guitar that uses a pickup to convert the vibration of its strings—which are typically made of steel, and which occurs when a guitarist strums, plucks or fingerpicks the strings—into electrical signals. The vibrations of the strings are sensed by a pickup, of which the most common type is the magnetic pickup, which uses the principle of direct electromagnetic induction. The signal generated by an electric guitar is too weak to drive a loudspeaker, so it is plugged into a guitar amplifier before being sent to a loudspeaker, which makes a sound loud enough to hear. The output of an electric guitar is an electric signal, and the signal can easily be altered by electronic circuits to add "color" to the sound or change the sound. Often the signal is modified using effects such as reverb and distortion and "overdrive", with the growling sound of the latter being a key element of the sound of the electric guitar as it is used in blues and rock music.

Invented in 1931, the amplified electric guitar was adopted by jazz guitarists, who sought to be able to do single-note guitar solos in large big band ensembles. Early proponents of the electric guitar on record included Les Paul, Lonnie Johnson, Sister Rosetta Tharpe, T-Bone Walker, and Charlie Christian. During the 1950s and 1960s, the electric guitar became the most important instrument in pop music. It has evolved into an instrument that is capable of a multitude of sounds and styles in genres ranging from pop and rock to country music, blues and jazz. It served as a major component in the development of electric blues, rock and roll, rock music, heavy metal music and many other genres of music.

Electric guitar design and construction vary greatly in the shape of the body and the configuration of the neck, bridge, and pickups. Guitars may have a fixed bridge or a spring-loaded hinged bridge that lets players "bend" the pitch of notes or chords up or down or perform vibrato effects. The sound of a guitar can be modified by new playing techniques such as string bending, tapping, hammering on, using audio feedback, or slide guitar playing. There are several types of electric guitar, including the solid-body guitar, various types of hollow-body guitars, the six-string guitar (the most common type, usually tuned E, A, D, G, B, E, from lowest to highest strings), the seven-string guitar, which typically adds a low B string below the low E, and the twelve-string electric guitar, which has six pairs of strings.

Popular music and rock groups often use the electric guitar in two roles: as a rhythm guitar, which plays the chord sequence or progression and riffs and sets the beat (as part of a rhythm section), and as a lead guitar, which is used to perform instrumental melody lines, melodic instrumental fill passages, and solos. In a small group, such as a power trio, one guitarist switches between both roles. In larger rock and metal bands, there is often a rhythm guitarist and a lead guitarist.