In this page you can download PNG image - Audio cassette PNG. 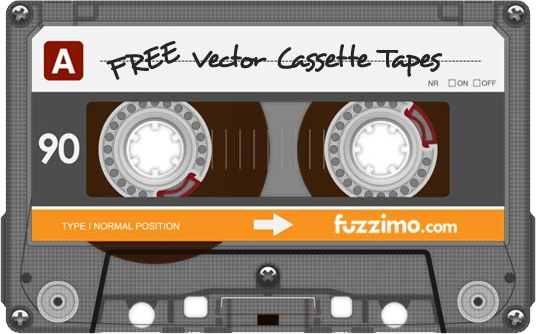 This image has format transparent PNG with resolution 536x334.
You can download this image in best resolution from this page and use it for design and web design.

The Compact Cassette or Musicassette (MC), also commonly called the cassette tape or simply tape or cassette, is an analog magnetic tape recording format for audio recording and playback. It was developed by Philips in Hasselt, Belgium, and introduced in September 1963. Compact Cassettes come in two forms, either already containing content as a prerecorded cassette (Musicassette), or as a fully recordable "blank" cassette. Both forms are reversible by the user.

The compact cassette technology was originally designed for dictation machines, but improvements in fidelity led the Compact Cassette to supplant the stereo 8-track cartridge and reel-to-reel tape recording in most non-professional applications. Its uses ranged from portable audio to home recording to data storage for early microcomputers. The first cassette player (although mono) designed for use in car dashboards was introduced in 1968. Between the early 1970s and continuing through the 1990s, the cassette was one of the two most common formats for prerecorded music, first alongside the LP record and later the compact disc (CD).

Compact Cassettes contain two miniature spools, between which the magnetically coated, polyester-type plastic film (magnetic tape) is passed and wound. These spools and their attendant parts are held inside a protective plastic shell which is 4 by 2.5 by 0.5 inches (10 cm × 6.3 cm × 1.3 cm) at its largest dimensions. The tape itself was commonly referred to as "eighth-inch" tape, supposedly 1⁄8 inch (3.17 mm) wide, but it was slightly larger: 0.15 inches (3.81 mm). Two stereo pairs of tracks (four total) or two monaural audio tracks are available on the tape; one stereo pair or one monophonic track is played or recorded when the tape is moving in one direction and the second (pair) when moving in the other direction. This reversal is achieved either by flipping the cassette, or by the reversal of tape movement ("auto-reverse") when the mechanism detects that the tape has come to an end.

Although portable digital recorders are most common today, analog tape remains a desirable option for certain artists and consumers. Older genres like "dansband" may favor the format most familiar to their fans. Some musicians and DJs in the independent music community maintain a tradition of using and releasing cassettes due to its low cost and ease of use. Underground and DIY communities release regularly, and sometimes exclusively, on cassette format, particularly in experimental music circles and to a lesser extent in hardcore punk, death metal, and black metal circles, out of a fondness for the format. Even among major label stars, the form has at least one devotee: Thurston Moore claimed in 2009, "I only listen to cassettes."

In 2010, Botswana-based Diamond Studios announced plans for establishing a plant to mass-produce cassettes in a bid to combat piracy.

In South Korea, the early English education boom for toddlers encourages a continuous demand for English language cassettes, as of 2011, due to the affordable cost.

In 2011, the Oxford English Dictionary removed the word "cassette player" from its 12th edition Concise version. Some media sources mistakenly claimed that the word "cassette tape" was being removed and this caused some media backlash. The term was removed to help make room for more than 400 new words being added to the dictionary.

In India, film and devotional music continued to be released in the cassette format due to its low cost until 2009.

National Audio Company in Missouri, the largest of the few remaining manufacturers of audiocassettes in the U.S., oversaw the mass production of the "Awesome Mix #1" cassette from the film Guardians of the Galaxy in 2014. They reported that they had produced more than 10 million tapes in 2014 and that sales were up 20 percent the following year, their best year since they opened in 1969.[53] In 2016, cassette sales in the United States rose by 74% to 129,000. In 2018, following several years of shortage, National Audio Company began producing their own magnetic tape, becoming the world's only manufacturer of new tape stock.

In other countries like Japan and South Korea, pop acts like Matsuda Seiko, SHINee, and NCT 127 have released their recent material on limited-run cassette tapes.

In 2016, retail chain Urban Outfitters, which had long carried Vinyl LPs, started carrying a line of new pre-recorded cassette tapes along with blank cassettes and players featuring both new and vintage albums.

A number of synthwave artists have released their albums on cassette (in addition to the usual digital download format), usually in limited runs. Some recordings in this genre also include faux cassette sound effects.