In this page you can download PNG image - Balloon dog PNG. 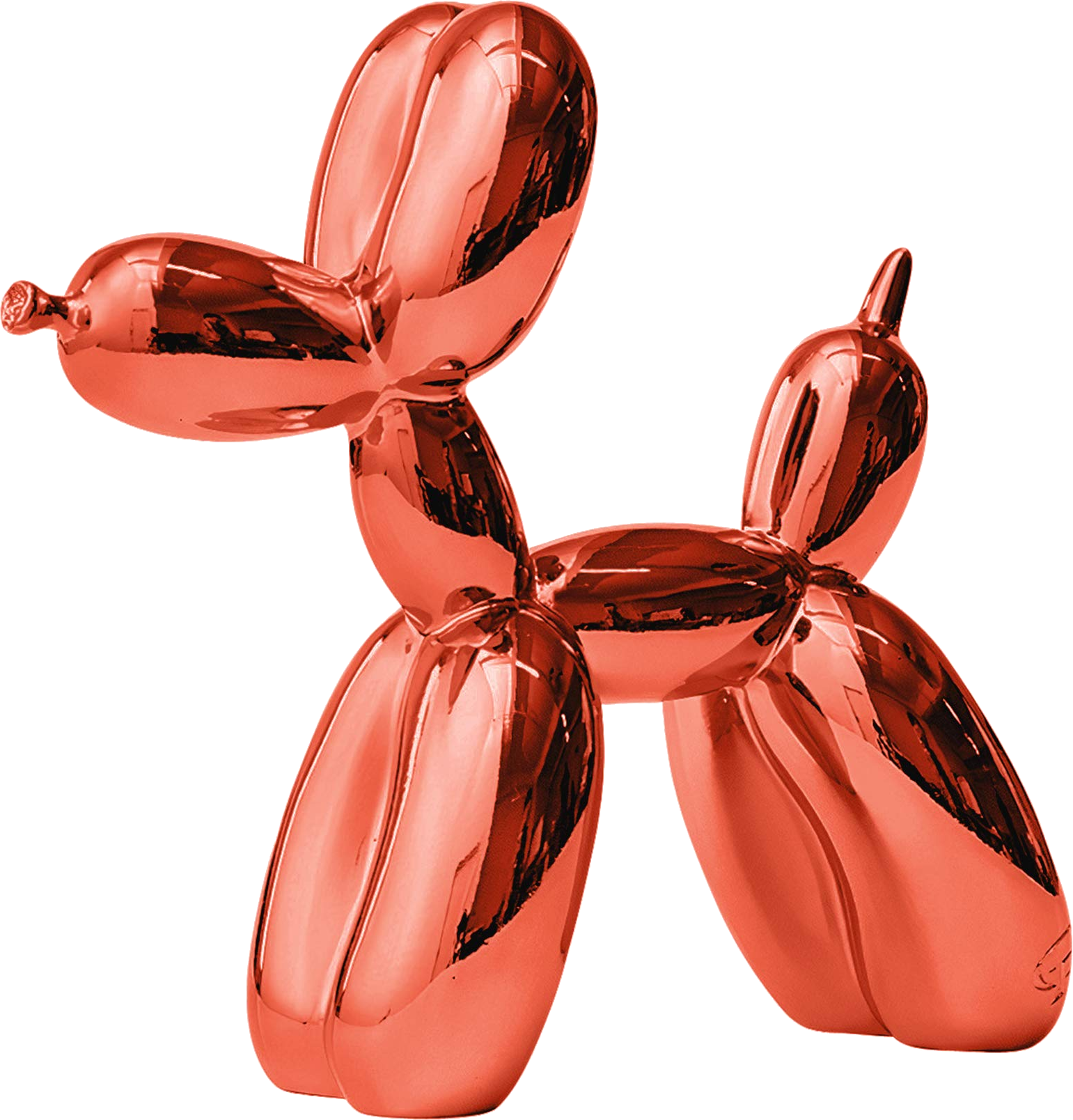 This image has format transparent PNG with resolution 1541x1608.
You can download this image in best resolution from this page and use it for design and web design.

Balloon Dog is a series of sculptures by Jeff Koons.

The Broad in Los Angeles has a copy of Balloon Dog (Blue).

Koons' Celebration was to honor the ardently hoped-for return of Ludwig from Rome. Consisting of a series of large-scale sculptures and paintings of balloon dogs, Valentine hearts, diamonds, and Easter eggs, was conceived in 1994. Some of the pieces are still being fabricated. Each of the 20 different sculptures in the series comes in five differently colored "unique versions", including the artist's cracked Egg (Blue) won the 2008 Charles Wollaston Award for the most distinguished work in the Royal Academy's Summer Exhibition. The Diamond pieces were created between 1994 and 2005, made of shiny stainless steel seven-feet wide. Created in an edition of five versions, his later work Tulips (1995–2004) consists of a bouquet of multicolor balloon flowers blown up to gargantuan proportions (more than 2 m (6.6 ft) tall and 5 m (16 ft) across). Koons finally started to work on Balloon Flower in 1995.

Koons was pushing to finish the series in time for a 1996 exhibition at the Solomon R. Guggenheim Museum in New York, but the show was ultimately canceled because of production delays and cost overruns. When "Celebration" funding ran out, the staff was laid off, leaving a skeleton crew of two: Gary McCraw, Koons' studio manager, who had been with him since 1990, and Justine Wheeler, an artist from South Africa, who had arrived in 1995 and eventually took charge of the sculpture operation. The artist convinced his primary collectors Dakis Joannou, Peter Brant, and Eli Broad, along with dealers Jeffrey Deitch, Anthony d'Offay, and Max Hetzler, to invest heavily in the costly fabrication of the Celebration series at Southern California-based Carlson & Company (including his Balloon Dog and Moon series), and later, at Arnold, a Frankfurt-based company. The dealers funded the project in part by selling works to collectors before they were fabricated. In 1999, his 1988 "Pink Panther" sculpture sold at auction for US$1.8 million, and he returned to the Sonnabend gallery. Well aware of Koons' bottomless needs and demands, Ileana Sonnabend and Antonio Homem, her gallery director and adopted son, nevertheless welcomed him back; in all likelihood they sensed (correctly, it turned out) that he was poised for a glorious second act—something that only he, among his generation of overpublicized artists, has so far managed to pull off. Koons, however, no longer confines himself to a single gallery. Larry Gagosian, the colossus of New York dealers, agreed to finance the completion of all the unfinished "Celebration" work, in exchange for exclusive rights to sell it.

In 2006, Koons presented Hanging Heart, a 9-foot-tall highly polished, steel heart, one of a series of five differently colored examples, part of his Celebration series. Large sculptures from that series were exhibited at the Metropolitan Museum of Art in New York in 2008. Later additions to the series include Balloon Swan (2004–2011), an 11.5-foot (3.5-meter), stainless-steel bird, Balloon Rabbit (2005–2010), and Balloon Monkey, all for which children's party favors are reconceived as mesmerizing monumental forms.