In this page you can download PNG image - Mole PNG. 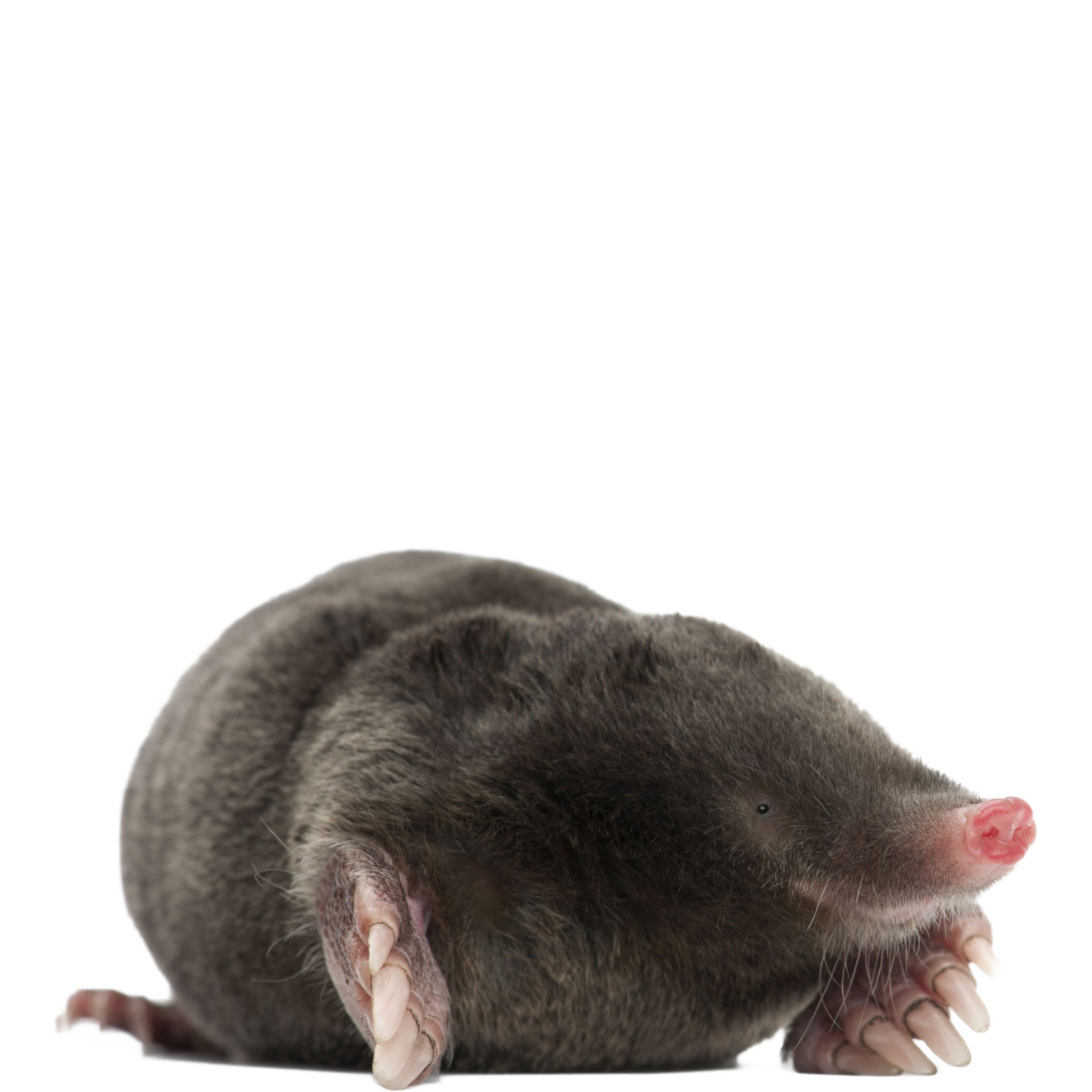 This image has format transparent PNG with resolution 1400x1400.
You can download this image in best resolution from this page and use it for design and web design.

The word “mole” refers to any species in the family Talpidae, which means “mole” in Latin. Moles are found in most parts of North America, Europe and Asia.

Moles may be viewed as pests to gardeners, but they provide positive contributions to soil, gardens, and ecosystem, including soil aeration, feeding on slugs and small creatures that eat plant roots, and providing prey for other wildlife. They eat earthworms and other small invertebrates in the soil.

Moles have been found to tolerate higher levels of carbon dioxide than other mammals, because their blood cells have a special form of hemoglobin that has a higher affinity to oxygen than other forms. In addition to this, moles utilize oxygen more effectively by reusing the exhaled air, and as a result, are able to survive in low-oxygen environments such as burrows.

Moles have polydactyl forepaws; each has an extra thumb (also known as a prepollex) next to the regular thumb. While the mole's other digits have multiple joints, the prepollex has a single, sickle-shaped bone that develops later and differently from the other fingers during embryogenesis from a transformed sesamoid bone in the wrist, independently evolved but similar to the giant panda thumb. This supernumerary digit is species-specific, as it is not present in shrews, the mole's closest relatives. Androgenic steroids are known to affect the growth and formation of bones, and a connection is possible between this species-specific trait and the "male" genital apparatus in female moles of many mole species (gonads with testicular and ovary tissues).