In this page you can download PNG image - Letter Q PNG. 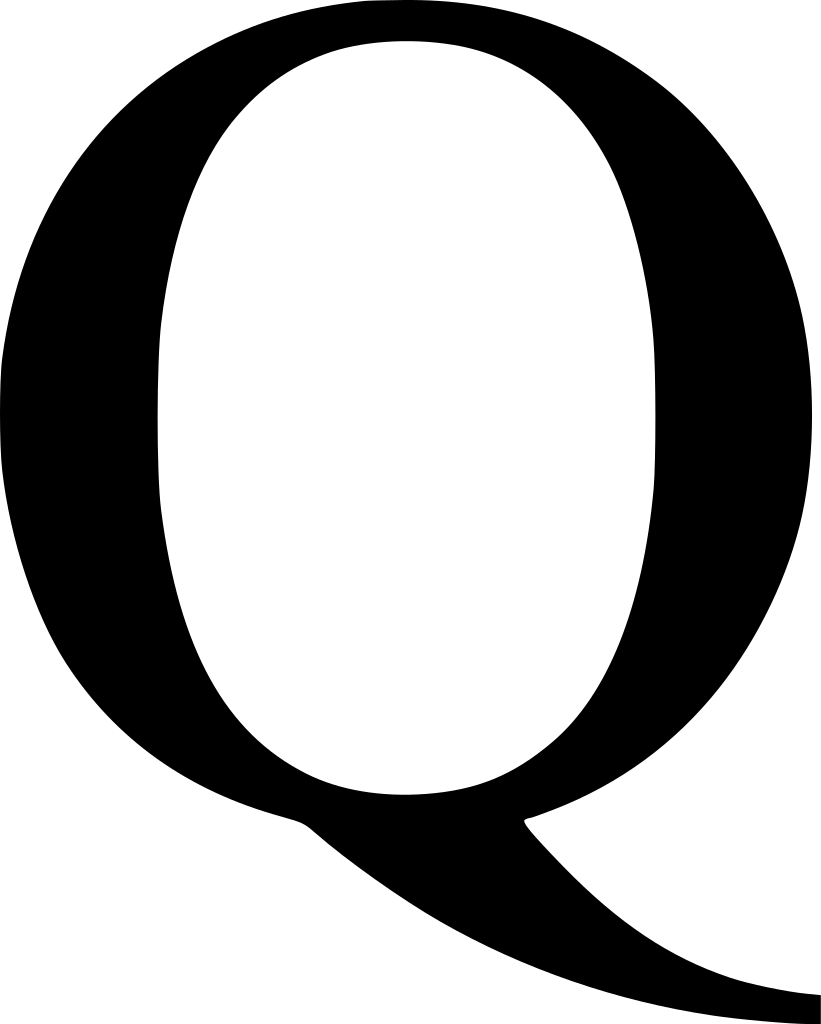 This image has format transparent PNG with resolution 821x1024.
You can download this image in best resolution from this page and use it for design and web design.

Q or q is the 17th letter of the modern English alphabet and the ISO basic Latin alphabet. Its name in English is cue, plural cues.

Depending on the typeface used to typeset the letter Q, the letter's tail may either bisect its bowl as in Helvetica, meet the bowl as in Univers, or lie completely outside the bowl as in PT Sans. In writing block letters, bisecting tails are fastest to write, as they require less precision. All three styles are considered equally valid, with most serif typefaces having a Q with a tail that meets the circle, while sans-serif typefaces are more equally split between those with bisecting tails and those without. Typefaces with a disconnected Q tail, while uncommon, have existed since at least 1529. A common method among typographers to create the shape of the Q is by simply adding a tail to the letter O.

Old-style serif fonts, such as Garamond, contained two capital Qs: one with a short tail to be used in short words, and another with a long tail to be used in long words. Some early metal type fonts included up to 3 different Qs: a short-tailed Q, a long-tailed Q, and a long-tailed Q-u ligature. This print tradition was alive and well until the 19th century, when long-tailed Qs fell out of favor: even recreations of classic typefaces such as Caslon began being distributed with only short Q tails. Not a fan of long-tailed Qs, American typographer D. B. Updike celebrated their demise in his 1922 book Printing Types, claiming that Renaissance printers made their Q tails longer and longer simply to "outdo each other". Latin-language words, which are much more likely than English words to contain "Q" as their first letter, have also been cited as the reason for their existence. The long-tailed Q had fallen completely out of use with the advent of early digital typography, as many early digital fonts could not choose different glyphs based on the word that the glyph was in, but it has seen something of a comeback with the advent of OpenType fonts and LaTeX, both of which can automatically typeset the long-tailed Q when it is called for and the short-tailed Q when not.

Owing to the allowable variation in the Q, the letter is a very distinctive feature of a typeface; like the ampersand, the Q is cited as a letter that gives typographers a chance to express themselves.