In this page you can download PNG image - Letter O PNG. 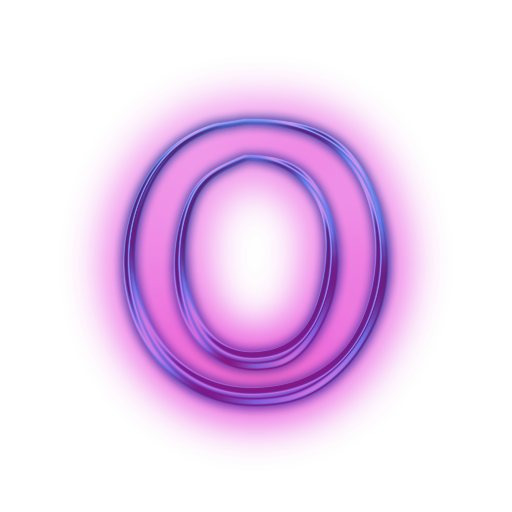 O or o is the 15th letter in the ISO basic Latin alphabet and the fourth vowel letter in the modern English alphabet. Its name in English is o (pronounced /ˈoʊ/), plural oes.

Its graphic form has remained fairly constant from Phoenician times until today. The name of the Phoenician letter was ʿeyn, meaning "eye", and indeed its shape originates simply as a drawing of a human eye (possibly inspired by the corresponding Egyptian hieroglyph, cf. Proto-Sinaitic script). Its original sound value was that of a consonant, probably [ʕ], the sound is represented by the cognate Arabic letter ع ʿayn.

The use of this Phoenician letter for a vowel sound is due to the early Greek alphabets, which adopted the letter as O "omicron" to represent the vowel /o/. The letter was adopted with this value in the Old Italic alphabets, including the early Latin alphabet. In Greek, a variation of the form later came to distinguish this long sound (Omega, meaning "large O") from the short o (Omicron, meaning "small o"). Greek omicron gave rise to the corresponding Cyrillic letter O and the early Italic letter to runic ᛟ.

Even alphabets that are not derived from Semitic tend to have similar forms to represent this sound; for example, the creators of the Afaka and Ol Chiki scripts, each invented in different parts of the world in the last century, both attributed their vowels for 'O' to the shape of the mouth when making this sound.

The letter ⟨o⟩ is the fourth most common letter in the English alphabet.[2] Like the other English vowel letters, it has associated "long" and "short" pronunciations. The "long" ⟨o⟩ as in boat is actually most often a diphthong /oʊ/ (realized dialectically anywhere from [o] to [əʊ]). In English there is also a "short" ⟨o⟩ as in fox, /ɒ/, which sounds slightly different in different dialects. In most dialects of British English, it is either an open-mid back rounded vowel [ɔ] or an open back rounded vowel [ɒ]; in American English, it is most commonly an unrounded back [ɑ] to a central vowel [a].

Common digraphs include ⟨oo⟩, which represents either /uː/ or /ʊ/; ⟨oi⟩ or ⟨oy⟩, which typically represents the diphthong /ɔɪ/, and ⟨ao⟩, ⟨oe⟩, and ⟨ou⟩ which represent a variety of pronunciations depending on context and etymology.

In other contexts, especially before a letter with a minim, ⟨o⟩ may represent the sound /ʌ/, as in 'son' or 'love'. It can also represent the semivowel /w/ as in choir or quinoa.

In English, the letter ⟨o⟩ in isolation before a noun, usually capitalized, marks the vocative case, as in the titles to O Canada or O Captain! My Captain! or certain verses of the Bible.