In this page you can download PNG image - Game over PNG. 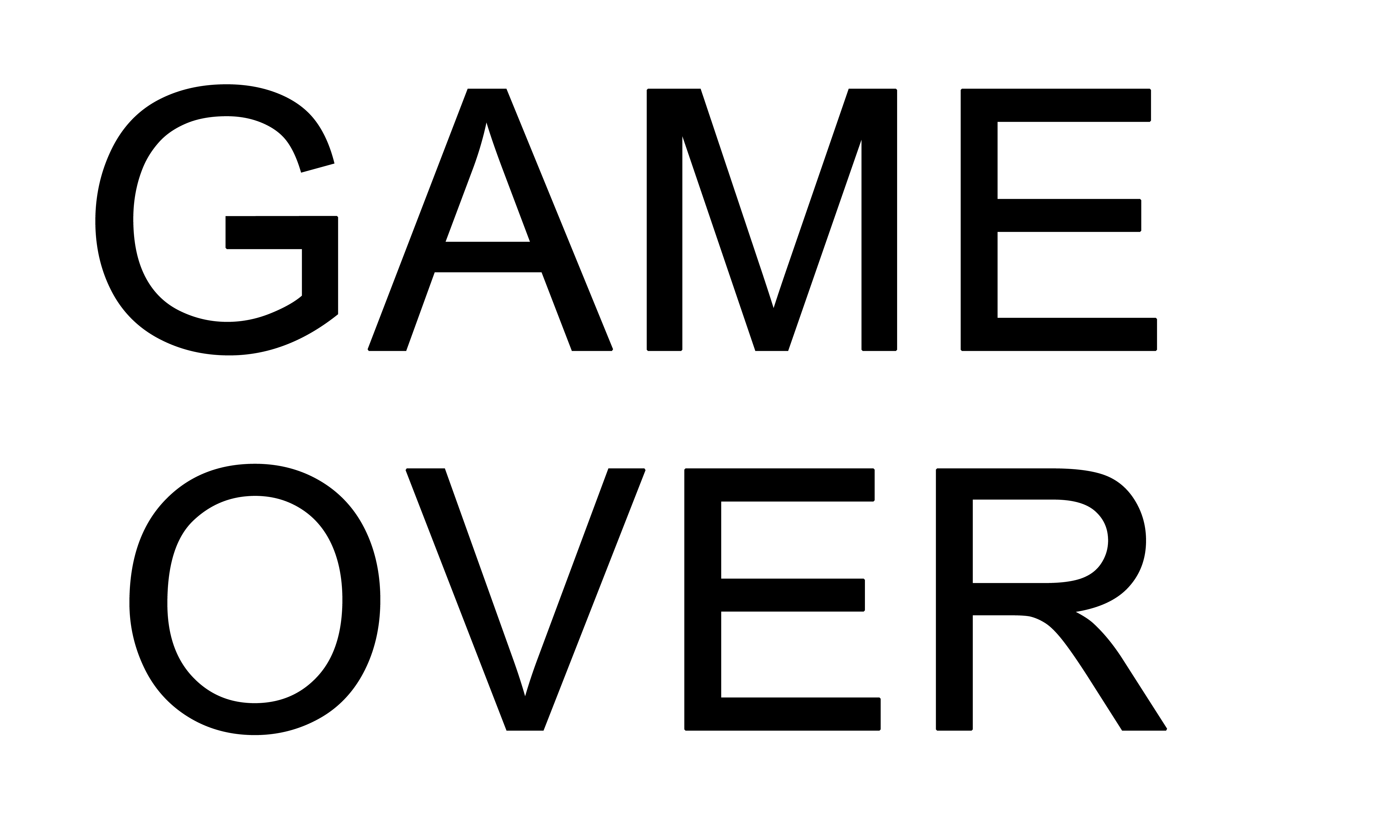 This image has format transparent PNG with resolution 5000x3000.
You can download this image in best resolution from this page and use it for design and web design.

More images of Game over

"Game over" is a message in video games which signals to the player that the game has ended, usually received negatively in a situation where continued play is disallowed, such as losing all of one's lives or failing a critical objective, though it sometimes also appears after successful completion of a game. The phrase has since been turned into quasi-slang, usually describing an event that will cause significant harm, injury, or bad luck to a person.

The phrase was used as early as 1950 in devices such as electromechanical pinball machines, which would light up the phrase with a lamp (lightbulb).

Before the advent of home consoles and personal computing, arcades were the predominant platform for playing games, which required users to deposit a token or coin (traditionally a quarter, in the U.S.) into an arcade game machine in order to play. Players would usually be given a finite number of lives (or attempts) to progress through the game, the exhaustion of which would usually result in the display of the message "Game over" indicating that the game had ended. The phrase might also be followed by the message "Play Again?" and a prompt asking the player to insert additional tokens to prevent the game from terminating and instead allowing the player to continue their progress. The message can also be seen flashing on certain arcade games while in attract mode, until a player inserts a credit; at this point the message would change to the number of credits inserted and "Press 1 or 2 player start", or some variation thereof.

As these games were ported to home consoles, the "Game over" screen and "Continue?" prompt remained, but often required only the press of a button to keep the game going; while the video game industry shifted away from being arcade-focused to being home gaming-focused, the inclusion of such a screen was no longer as critical since it offered no financial benefit. However, the concept of Game Over remained imbued in the medium thereafter as a way to add an element of risk: a player who is unsuccessful at carrying out the game's objective (possibly repeatedly) will be faced with such a screen and be forced to start over from either the beginning of the game or a previous, saved state.

With the development of the aforementioned save function (complemented by the less popular password system, which is now seen as archaic), the Game Over message has become less common as players are allowed to respawn at a previous state of the game, which has been stored in memory either through a player deliberately saving the game or reaching a checkpoint (which causes the game to save automatically). Many modern games do not technically "end" until they are completed, and although "Game over" screens remain present in many of them in some form or another, it is uncommon for them to signify a forced return to the beginning of the game, and only marginally more common for them to signify a substantial loss of progress. Roguelikes are the most common exception to this rule; permadeath is often a staple of the genre.

"Game over" has seen some variations. For instance, upon the death of the player character, Little King's Story shows the message "LIFE OVER" and Nights into Dreams... uses "NIGHT OVER". Antarctic Adventure uses "TIME OVER". Screens that display at equivalent points are considered "Game over" screens, even if the message that is displayed is entirely different, such as "YOU ARE DEAD" (seen in Resident Evil, God of War, Left 4 Dead among others), "YOU DIED" (seen in the Souls series and Bloodborne), "wasted, busted, and mission failed" (seen in Grand Theft Auto), or "GOOD NIGHT" (seen in the Klonoa series, Luigi's Mansion, and others). The 1980 arcade game Missile Command shows the message "The End", a message that is usually seen upon achieving victory.

Some games have a number of different "Game over" screens which are specific to game mode, level, or situation. These are called "non-standard game over screens", and often are the result of failing to achieve certain objectives.