In this page you can download PNG image - Letter K PNG. 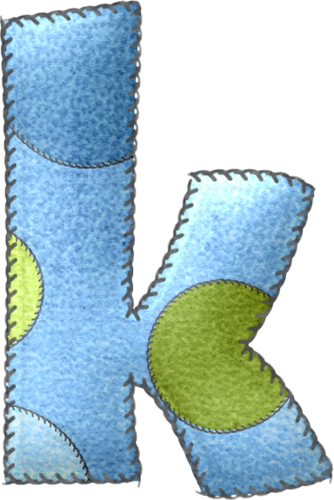 This image has format transparent PNG with resolution 334x500.
You can download this image in best resolution from this page and use it for design and web design.

K - is the eleventh letter of the modern English alphabet and the ISO basic Latin alphabet. In English, the letter K usually represents the voiceless velar plosive.

The letter K comes from the Greek letter ? (kappa), which was taken from the Semitic kaph, the symbol for an open hand. This, in turn, was likely adapted by Semitic tribes who had lived in Egypt from the hieroglyph for "hand" representing D in the Egyptian word for hand, d-r-t. The Semites evidently assigned it the sound value /k/ instead, because their word for hand started with that sound.

In the earliest Latin inscriptions, the letters C, K and Q were all used to represent the sounds /k/ and /?/ (which were not differentiated in writing). Of these, Q was used to represent /k/ or /?/ before a rounded vowel, K before /a/, and C elsewhere. Later, the use of C and its variant G replaced most usages of K and Q. K survived only in a few fossilized forms such as Kalendae, "the calends".

After Greek words were taken into Latin, the Kappa was transliterated as a C. Loanwords from other alphabets with the sound /k/ were also transliterated with C. Hence, the Romance languages generally use C, in imitating Classical Latin's practice, and have K only in later loanwords from other language groups. The Celtic languages also tended to use C instead of K, and this influence carried over into Old English.

Today, English is the only Germanic language to productively use "hard" ?c? (outside the digraph ?ck?) rather than ?k? (although Dutch uses it in loaned words of Latin origin, and the pronunciation of these words follows the same hard/soft distinction as in English).[citation needed] The letter ?k? is silent at the start of an English word when it comes before the letter ?n?, as in the words "knight," "knife," "knot," "know," and "knee". Like J, X, Q, and Z, K is not used very frequently in English. It is the fifth least frequently used letter in the English language, with a frequency of about 0.8% in words.