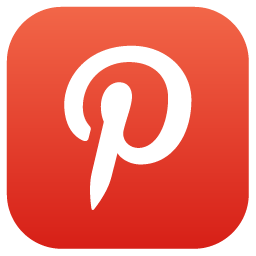 Pinterest, Inc. is a social media web and mobile application company that operates a software system designed to discover information on the World Wide Web, mainly using images and, on a smaller scale, GIFs and videos. The site was founded by Ben Silbermann, Paul Sciarra, and Evan Sharp. Pinterest has reached 250 million monthly active users as of October 2018.

Pinterest CEO Ben Silbermann summarized the company as a "catalogue of ideas" that inspires users to "go out and do that thing", rather than as an image-based social network.

Development of Pinterest began in December 2009, and the site launched as a closed beta in March 2010. The site proceeded to operate in an invitation-only open beta. Pinterest allows users to save images and categorize them on different boards. They can follow other users' boards if they have similar tastes. The evolution of Pinterest is based on the shared interest of its users and relies on its members to produce the content. The most popular categories, as of March 2012, were home, arts and crafts, style/fashion, and food. Silbermann said he personally wrote to the site's first 5,000 users offering his personal phone number and even meeting with some of its users.

Silbermann and a few programmers operated the site out of a small apartment until the summer of 2011. Early in 2010, the company's investors and co-founder Ben Silbermann tried to encourage a New York-based magazine publishing company to buy Pinterest but the publisher declined to meet with the founders.

Nine months after the launch the website had 10,000 users. The launch of an iPhone app in early March 2011, brought in a more than expected number of downloads. The app would later be updated in March 2013. The Pinterest iPad app was launched August 2011. Pinterest Mobile, launched the following month, is a version of the website for non-iPhone users.

On August 10, 2011, Time magazine listed Pinterest in its "50 Best Websites of 2011" article. In December 2011, the site became one of the top 10 largest social network services, according to Hitwise data, with 11 million total visits per week. The next month, it drove more referral traffic to retailers than LinkedIn, YouTube, and Google+. The same month, the company was named the best new startup of 2011 by TechCrunch. Noted entrepreneurs and investors include: Jack Abraham, Michael Birch, Scott Belsky, Brian Cohen, Shana Fisher, Ron Conway, FirstMark Capital, Kevin Hartz, Jeremy Stoppelman, Hank Vigil, and Fritz Lanman.

Initially, there were several ways to register a new Pinterest account. Potential users could either receive an invitation from an already registered friend, or they could request an invitation directly from the Pinterest website that could take some time to receive. An account can also be created and accessed by linking Pinterest to a Facebook or Twitter profile. When a user re-posts or re-pins an image to their own board, they have the option of notifying their Facebook and Twitter followers. This feature can be managed on the settings page.

Pinterest is a free website that requires registration to use. Users can upload, save, sort, and manage images—known as pins—and other media content (e.g., videos) through collections known as pinboards.

Content can also be found outside Pinterest and similarly uploaded to a board via the "Pin It" button, which can be downloaded to the bookmark bar on a web browser, or be implemented by a webmaster directly on the website.

Some websites include red and white "pin it" buttons on items, which allow Pinterest users to pin them directly. In 2015, Pinterest implemented a feature that allows users to search with images instead of words.

Registration is required to use.

Like Facebook and Twitter, Pinterest now lets marketers access the data collected on its users. Technology providers including Salesforce.com, Hootsuite, Spredfast, Percolate, Piqora, Curalate, and Tailwind are presently[when?] the only companies granted access to the data. By granting access to users' data, Pinterest lets marketers investigate how people respond to products. If a product has a high number of repins, this generally tells the producer of the product that it is well liked by many members of the Pinterest community. Now that Pinterest lets marketers access the data, companies can view user comments on the product to learn how people like or dislike it. A 2013 study on Pinterest practices found that "repinning" was the most popular action by users, followed by likes, and lastly, commenting. According to Salesforce.com, Pinterest has become a key part of corporate digital marketing strategies.

Before 2013, Pinterest only accounted for about 2 percent of global social-mediated sales, but by May 2014 that was up to about 23 percent. People use social media sites like Pinterest to direct or guide their choices in products. A study from October 2016 found that 60% of Pinterest users are women. Many businesses use Pinterest Analytics to investigate whether the time spent on the social networking site is actually producing results or not. Through the access of Pinterest Analytics, companies receive insight to data via API, which makes it easier for the businesses using this method to closely engage with the consumer population on Pinterest.

Pinterest Analytics is much like Google Analytics. It is a created service that generates comprehensive statistics on a specific website's traffic, commonly used by marketers. Pins, pinners, repins, and repinners are some aspects of user data that Pinterest Analytics provides. It also collects data that depicts the percentage of change within a specific time, to determine if a product is more popular on a specific day during the week, or slowly becoming unpopular. This data helps marketing agencies alter their strategies to gain more popularity, often changing the visual content to appeal to the Pinterest community. The "Most Clicked" tab in Pinterest Analytics demonstrates products that are more likely to sell. According to a study by Converto, in April 2012, Pinterest drove more social media-originated e-commerce sales than Facebook or Twitter.

Companies also can add their own ideas features to explore how consumers respond to a product, like the Pinterest Trends product, Piqora. Piqora is a visual analytics and marketing provider for specific visual social networking sites including Tumblr, Instagram, and Pinterest. Marketers use Piqora's Pinterest Trends to analyze a brand's performance against competitors on Pinterest.