In this page you can download PNG image - German Shepherd PNG. 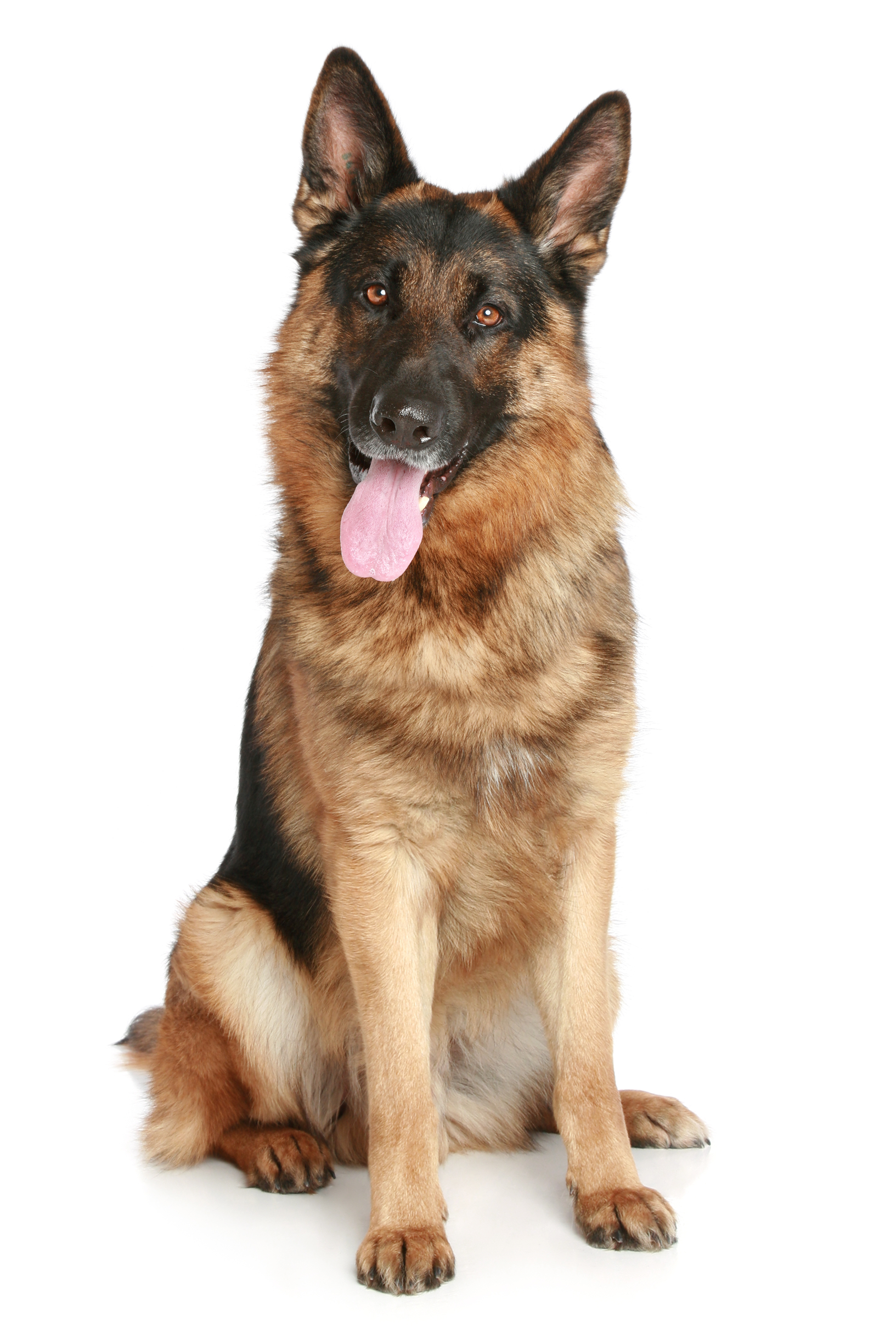 This image has format transparent PNG with resolution 1633x2449.
You can download this image in best resolution from this page and use it for design and web design.

German Shepherds are medium to large-sized dogs. The breed standard height at the withers is 60–65 cm (24–26 in) for males, and 55–60 cm (22–24 in) for females. German Shepherds are longer than tall, with an ideal proportion of 10 to 8 1/2. The AKC official breed standard does not set a standard weight range.They have a domed forehead, a long square-cut muzzle with strong jaws and a black nose. The eyes are medium-sized and brown. The ears are large and stand erect, open at the front and parallel, but they often are pulled back during movement. A German Shepherd has a long neck, which is raised when excited and lowered when moving at a fast pace. The tail is bushy and reaches to the hock.

German Shepherds have a two-layer coat which is close and dense with a thick undercoat. The coat is accepted in two variants; medium and long. The long-hair gene is recessive, making the long-hair variety rarer. Treatment of the long-hair variation differs across standards; they are accepted but not competed with standard coated dogs under the German and UK Kennel Clubs while they can compete with standard coated dogs, but are considered a fault in the American Kennel Club. The FCI accepted the long-haired type in 2010, listing it as the variety b—while short-haired type is listed as the variety a.

Most commonly, German Shepherds are either tan/black or red/black. Most color varieties have black masks and black body markings which can range from a classic "saddle" to an over-all "blanket." Rarer color variations include the sable, pure-black, pure-white, liver, silver, blue, and panda varieties. The all-black and sable varieties are acceptable according to most standards; however, the blue and liver are considered to be serious faults and the all-white is grounds for instant disqualification from showing in conformation at All Breed and Specialty Shows.

German Shepherds are moderately active dogs and are described in breed standards as self-assured. The breed is marked by a willingness to learn and an eagerness to have a purpose. They are curious, which makes them excellent guard dogs and suitable for search missions. They can become over-protective of their family and territory, especially if not socialized correctly. They are not inclined to become immediate friends with strangers. German Shepherds are highly intelligent and obedient, as well as being protective of their owners.

While an Australian report from 1999 provides statistics showing that German Shepherds are the breed third most likely to attack a person in some Australian locales, once their popularity is taken into account, the percentages of GSD attacks drops to 38th.

German Shepherds are a popular selection for use as working dogs. They are known for being easy to train and good for performing tasks and following instructions. They are especially well known for their police work, being used for tracking criminals, patrolling troubled areas and detection and holding of suspects. Additionally, thousands of German Shepherds have been used by the military. Usually trained for scout duty, they are used to warn soldiers to the presence of enemies or of booby traps or other hazards. German Shepherds have also been trained by military groups to parachute from aircraft or as anti-tank weapons. They were used in World War II as messenger dogs, rescue dogs and personal guard dogs. A number of these dogs were taken home by foreign servicemen, who were impressed by their intelligence.

German Shepherds are still used for herding and tending sheep grazing in meadows next to gardens and crop fields. They are expected to patrol the boundaries to keep sheep from trespassing and damaging the crops. In Germany and other places these skills are tested in utility dog trials also known as HGH (Herdengebrauchshund) herding utility dog trials.

One Mexican German Shepherd, Zuyaqui, was dissected and his body put on display at the Sedena's "Narco Museum" in Mexico. He is regarded to be the dog who has captured the most drugs in Mexican police and military history.