In this page you can download PNG image - Husky PNG. 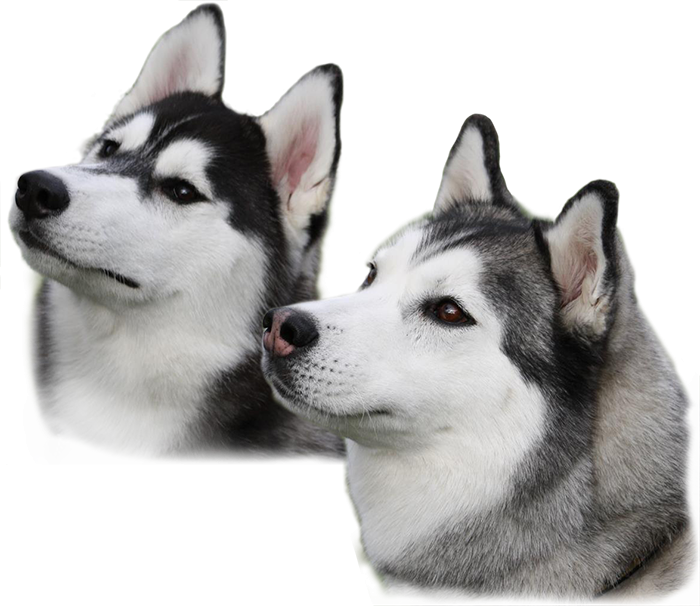 This image has format transparent PNG with resolution 700x606.
You can download this image in best resolution from this page and use it for design and web design.

Husky is a general name for a sled-type of dog used in northern regions, differentiated from other sled-dog types by their fast pulling style. They are an ever-changing cross-breed of the fastest dogs. The Alaskan Malamute, by contrast, was used for pulling heavier loads. Huskies are used in sled dog racing. In recent years, companies have been marketing tourist treks with dog sledges for adventure travelers in snow regions as well. Huskies are also today kept as pets, and groups work to find new pet homes for retired racing and adventure trekking dogs.

Examples of these landraces in modern times have been selectively bred and registered with various kennel clubs as modern purebred breeds, including the Siberian Husky and the Labrador Husky. The Sakhalin Husky is a Japanese sled dog related to the Japanese Spitz and the Akita Inu.

The Mackenzie River husky is a subtype referring to different dog populations in the subarctic regions of the American state of Alaska and Canada.

Nearly all dogs' genetic closeness to the gray wolf is due to admixture. However, several Arctic breeds also show a genetic closeness with the now-extinct Taimyr wolf of North Asia due to admixture: the Siberian Husky and Greenland dog (which are also historically associated with Arctic human populations) and to a lesser extent, the Shar Pei and Finnish spitz. An admixture graph of the Greenland dog indicates a best-fit of 3.5% shared material; however, an ancestry proportion ranging between 1.4% and 27.3% is consistent with the data and indicates admixture between the Taimyr wolf and the ancestors of these four high-latitude breeds.

This introgression could have provided early dogs living in high latitudes with phenotypic variation beneficial for adaption to a new and challenging environment, contributing significantly to the development of the husky. It also indicates that the ancestry of present-day dog breeds descends from more than one region.

Huskies are energetic and athletic. They usually have a thick double coat that can be gray, black, copper red, or white. Their eyes are typically pale blue, although they may also be brown, green, blue, yellow, or heterochromic. Huskies are more prone to some degree of uveitis than most other breeds.