In this page you can download PNG image - Pencil sharpener PNG. 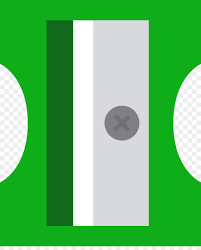 This image has format transparent PNG with resolution 201x250.
You can download this image in best resolution from this page and use it for design and web design.

A pencil sharpener (also referred to in Ireland as a parer or topper) is a device for sharpening a pencil's writing point by shaving away its worn surface. Pencil sharpeners may be operated manually or by an electric motor. It is common for many sharpeners to have a casing around them, which can be removed for emptying the pencil shavings debris into a trash bin.

Before the development of dedicated pencil sharpeners, a pencil was sharpened by whittling it with a knife. Pencil sharpeners made this task much easier and gave a more uniform result. Some specialized types of pencils, such as carpenter's pencils, are still usually sharpened with a knife, due to their flat shape. However, since the 2000s, a fixed-blade device with a rotatable collar has become available.

In May 2011, tourism officials in Logan, Ohio put on display, in its regional welcome center, hundreds of pencil sharpeners which had been collected by Rev. Paul Johnson, an Ohio minister who died in 2010. Johnson, a World War II veteran, had kept his collection of more than 3,400 sharpeners in a small shed, outside his home in Carbon Hill in southeast Ohio. He had started collecting after his wife gave him a few pencil sharpeners as a gift in the late 1980s. He kept them organized into categories, including cats, Christmas, and Disneyland. The oldest was 105 years old.

So-called "prism" sharpeners, also called "manual" or "pocket" sharpeners in the United States, have no separate moving parts and are typically the smallest and cheapest commonly used pencil sharpener on the market. The simplest common variety is a small rectangular prism or block, only about 1 x 5/8 x 7/16 inch (2.5 x 1.7 x 1.1 cm) in size. The block-shaped sharpener consists of a combined point-shaping cone that is aligned to the cylindrical pencil alignment guide hole, into which the pencil is inserted. A sharp blade is mounted so that its sharp edge just enters the shaping cone tangentially. The pencil is inserted into the sharpener and rotated while the sharpener is held motionless. The body of the sharpener is often contoured, ridged or grooved to make the small block easier to firmly grip, and is typically made of aluminum alloy, magnesium alloy or hard plastic.