In this page you can download PNG image - Waze PNG logo. 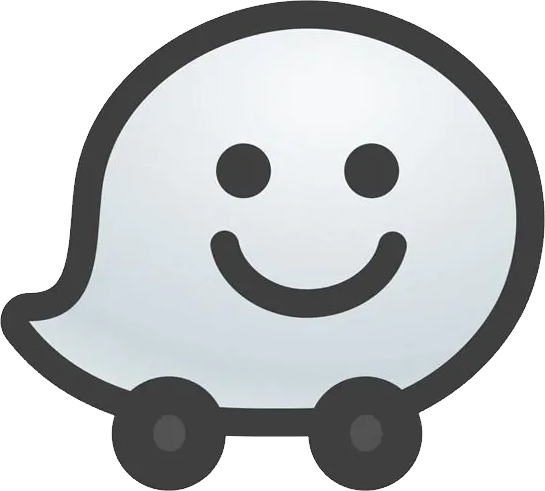 This image has format transparent PNG with resolution 545x491.
You can download this image in best resolution from this page and use it for design and web design.

Waze is a GPS navigation software that works on smartphones and tablets with GPS support. It provides turn-by-turn navigation information and user-submitted travel times and route details, while downloading location-dependent information over a mobile telephone network. Waze describes its app as a community-driven GPS navigation app, which is free to download and use.

Google bought Waze for $966 million in 2013 to add social data to its mapping business. Waze's 100 employees received about $1.2 million on average, the largest payout to employees in Israeli high tech.

In June 2013, the United States Federal Trade Commission started considering whether Google's purchase of Waze might violate competition law – Waze was one of very few competitors in the mobile mapping sector to Google's own Google Maps. The FTC decided that it would not challenge Google's acquisition of Waze. The UK Office of Fair Trading and the Israel Antitrust Authority also investigated it and allowed the acquisition.

In March 2017, Spotify announced its partnership with Waze to give an integrated experience where Wazers could play music on Spotify directly from Waze app and get Waze directions on Spotify app on the Android platform. Six months later, the feature was made available on the iOS platform.

In May 2017, Waze introduced the ability for users to record their own voice navigation prompts