In this page you can download PNG image - Jeans PNG image. 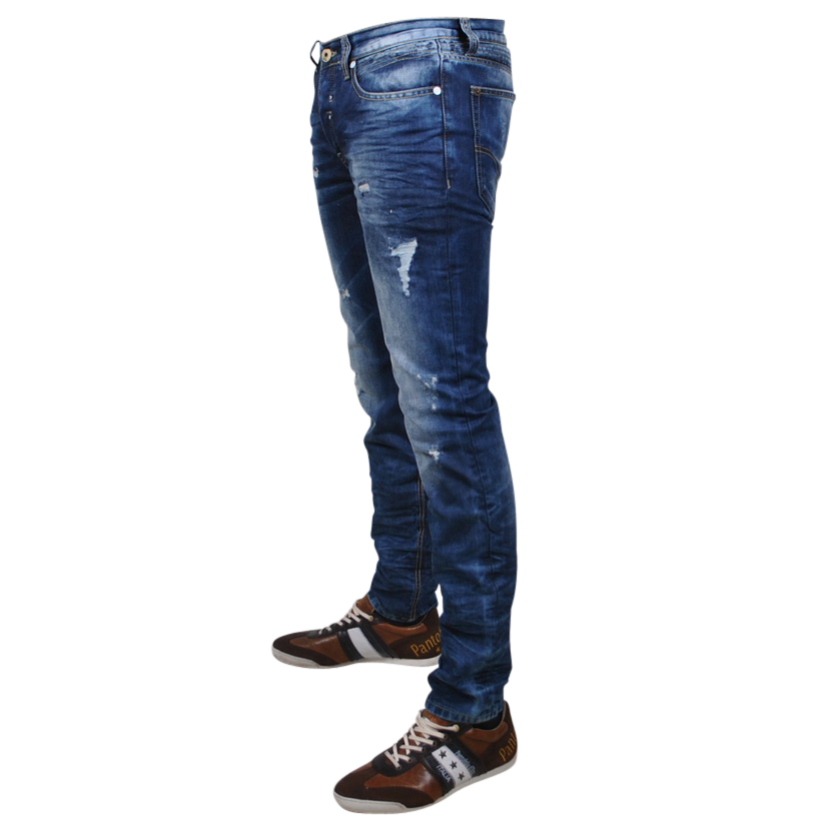 This image has format transparent PNG with resolution 826x826.
You can download this image in best resolution from this page and use it for design and web design.

Jeans are pants, a type of garment, typically made from denim or dungaree cloth. Often the term "jeans" refers to a particular style of pants, called "blue jeans," which were invented by Jacob W. Davis in partnership with Levi Strauss & Co. in 1871 and patented by Jacob W. Davis and Levi Strauss on May 20, 1873. Prior to the Levi Strauss patented trousers, the term "blue jeans" had been long in use for various garments (including trousers, overalls, and coats), constructed from blue colored denim. Originally designed for cowboys and miners, jeans became popular in the 1950s among teenagers, especially members of the greaser subculture. Jeans were a common fashion item in the 1960s Hippie subculture and they continued to be popular in the 1970s and 1980s youth subcultures of punk rock and heavy metal. Historic brands include Levi's, Lee, and Wrangler. In the 2010s, jeans remain a popular fashion item, and they come in various fits, including skinny, tapered, slim, straight, boot cut, cigarette bottom, narrow bottom, bell bottom, low waist, anti-fit, and flare. "Distressed" (visibly aged and worn, but still intact and functional) jeans trousers have become increasingly fashionable, making pre-sale "factory distressing" a common feature in commercially sold jeans.

In the 2010s, jeans are a very popular article of casual dress around the world. They come in many styles and colors. However, blue jeans are particularly identified with American culture, especially the Old West. As well, although jeans are mostly known as a popular fashion garment for several decades, they are still worn as protective garments by some people, such as cattle ranch workers and motorcycle riders, due to their high durability as compared to other common fabrics.