In this page you can download PNG image - Bowler hat PNG. 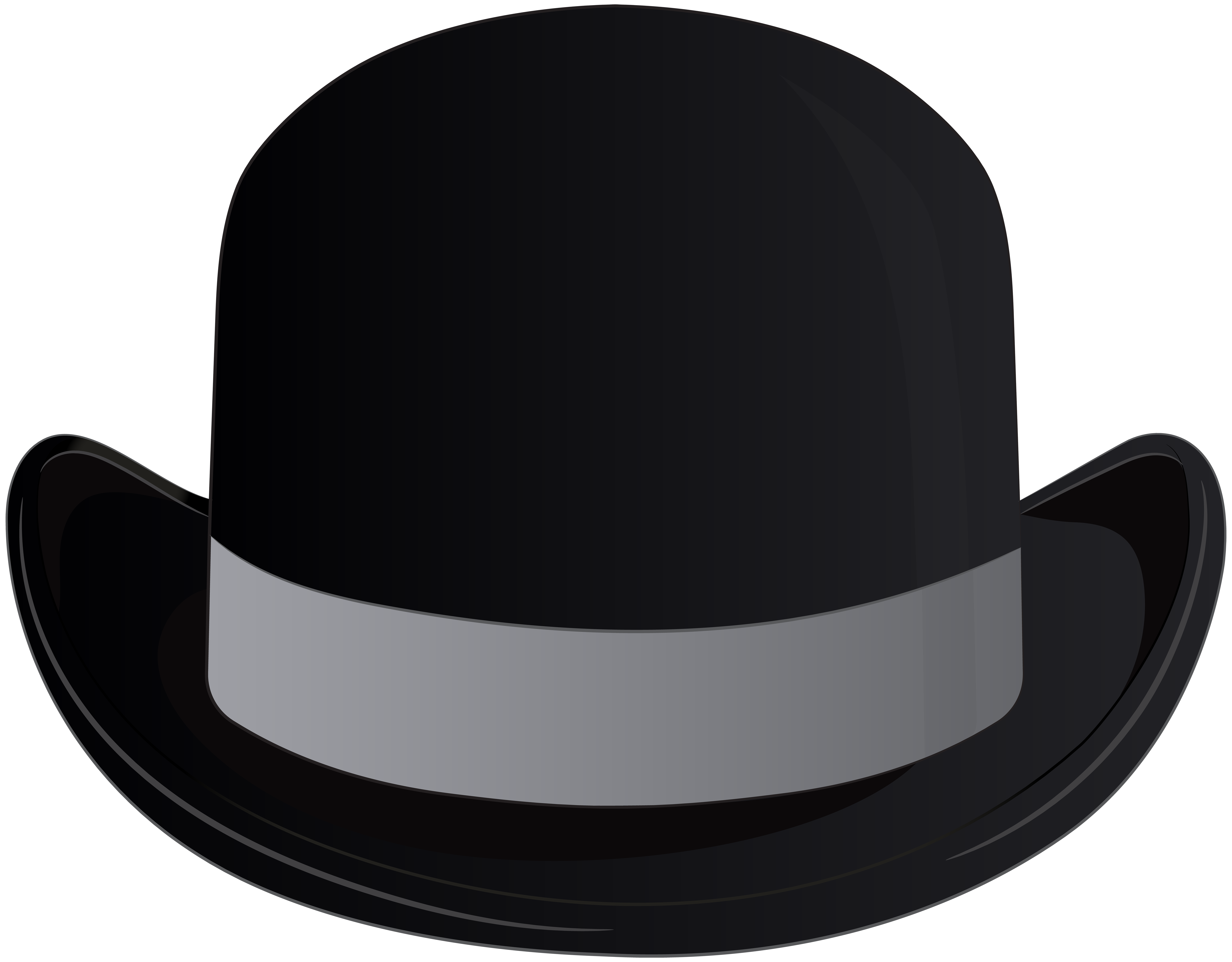 This image has format transparent PNG with resolution 8000x6248.
You can download this image in best resolution from this page and use it for design and web design.

The bowler hat, also known as a billycock, bob hat, bomb?n or derby (USA), is a hard felt hat with a rounded crown, originally created by the London hat-makers Thomas and William Bowler during 1849. It has traditionally been worn with semi-formal and informal attire. The bowler, a protective and durable hat style, was popular with the British, Irish, and American working classes during the second half of the 19th century, and later with the middle and upper classes in the United Kingdom, Ireland, and the east coast United States.

The bowler hat is said to have been designed during 1849 by the London hat-makers Thomas and William Bowler to fulfill an order placed by the company of hatters James Lock & Co. of St James's, which had been commissioned by a customer to design a close-fitting, low-crowned hat to protect gamekeepers from low-hanging branches while on horseback at Holkham Hall, the estate of Thomas Coke, 1st Earl of Leicester (seventh creation) in Norfolk. The keepers had previously worn top hats, which were knocked off easily and damaged. The identity of the customer is less certain, with many suggesting it was William Coke. However research performed by a younger relation of the 1st Earl casts doubt on this story, and it is now believed that the bowler was invented for Edward Coke, the younger brother of Thomas Coke, 2nd Earl of Leicester. When Edward Coke arrived in London on 17 December 1849 to collect his hat he reportedly placed it on the floor and stamped hard on it twice to test its strength; the hat withstood this test and Coke paid 12 shillings for it.