In this page you can download PNG image - Dominoes PNG. 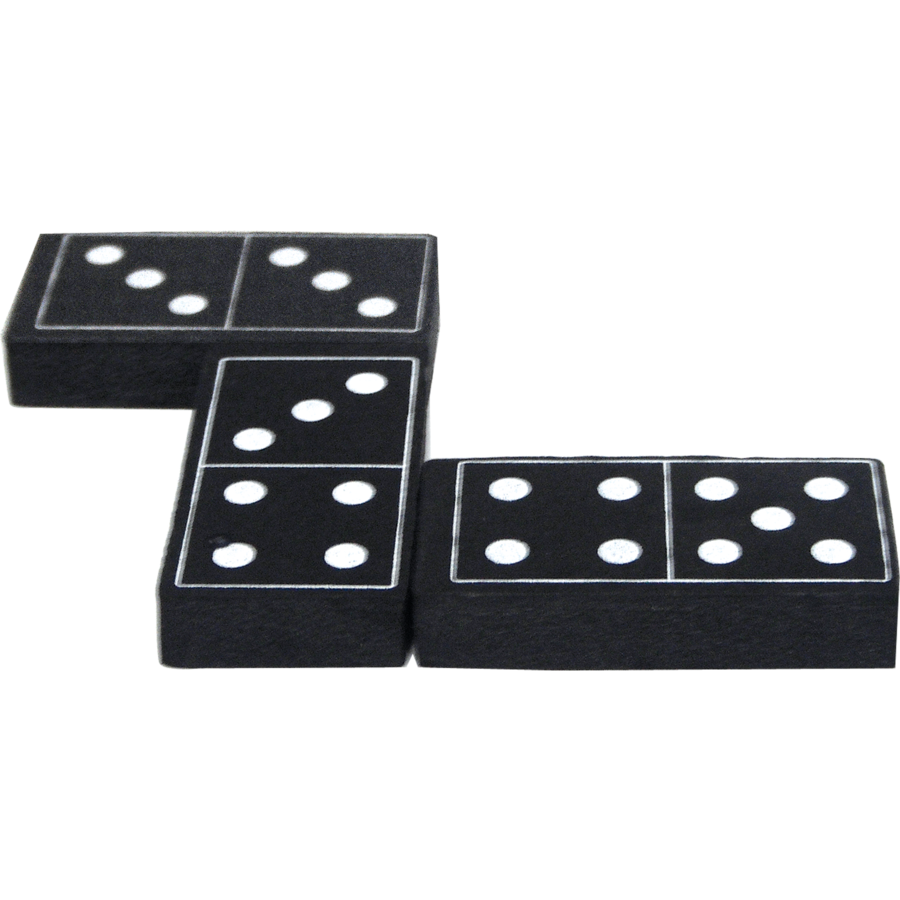 This image has format transparent PNG with resolution 900x900.
You can download this image in best resolution from this page and use it for design and web design.

Dominoes is a family of tile-based games played with rectangular "domino" tiles. Each domino is a rectangular tile with a line dividing its face into two square ends. Each end is marked with a number of spots (also called pips, nips, or dobs) or is blank. The backs of the dominoes in a set are indistinguishable, either blank or having some common design. The domino gaming pieces (colloquially nicknamed bones, cards, tiles, tickets, stones, chips, or spinners[dubious – discuss]) make up a domino set, sometimes called a deck or pack. The traditional Sino-European domino set consists of 28 dominoes, featuring all combinations of spot counts between zero and six. A domino set is a generic gaming device, similar to playing cards or dice, in that a variety of games can be played with a set.

The earliest mention of dominoes is from Song dynasty China found in the text Former Events in Wulin by Zhou Mi (1232–1298). Modern dominoes first appeared in Italy during the 18th century, but how Chinese dominoes developed into the modern game is unknown. Italian missionaries in China may have brought the game to Europe.

The name "domino" is most likely from the resemblance to a kind of carnival costume worn during the Venetian Carnival, often consisting of a black-hooded robe and a white mask. Despite the coinage of the word polyomino as a generalization, there is no connection between the word "domino" and the number 2 in any language.