In this page you can download PNG image - Goblin PNG. 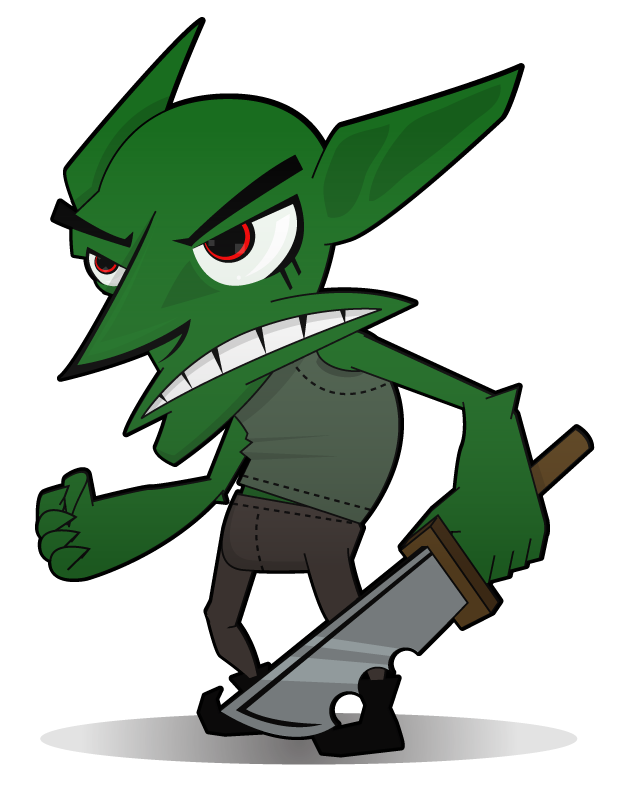 This image has format transparent PNG with resolution 617x808.
You can download this image in best resolution from this page and use it for design and web design.

A goblin is a monstrous creature from European folklore, first attested in stories from the Middle Ages. They are ascribed various and conflicting abilities, temperaments and appearances depending on the story and country of origin. They are almost always small and grotesque, mischievous or outright malicious, and greedy, especially for gold and jewelry. They often have magical abilities similar to a fairy or demon. Similar creatures include brownies, dwarfs, duendes, gnomes, imps, and kobolds.

English goblin is first recorded in the 14th century and is probably from unattested Anglo-Norman *gobelin, similar to Old French gobelin, already attested around 1195 in Ambroise of Normandy's Guerre sainte, and to Medieval Latin gobelinus in Orderic Vitalis before 1141, which was the name of a devil or daemon haunting the country around ?vreux, Normandy.