In this page you can download PNG image - GPS icon PNG. 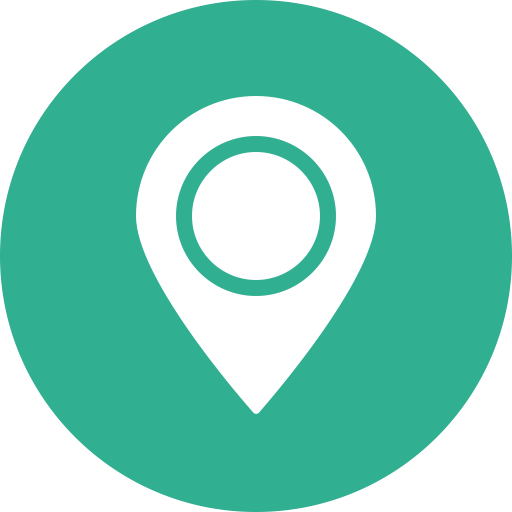 The Global Positioning System (GPS), originally Navstar GPS, is a satellite-based radionavigation system owned by the United States government and operated by the United States Air Force. It is a global navigation satellite system that provides geolocation and time information to a GPS receiver anywhere on or near the Earth where there is an unobstructed line of sight to four or more GPS satellites. Obstacles such as mountains and buildings block the relatively weak GPS signals.

The GPS does not require the user to transmit any data, and it operates independently of any telephonic or internet reception, though these technologies can enhance the usefulness of the GPS positioning information. The GPS provides critical positioning capabilities to military, civil, and commercial users around the world. The United States government created the system, maintains it, and makes it freely accessible to anyone with a GPS receiver.

The GPS project was launched by the U.S. Department of Defense in 1973 for use by the United States military and became fully operational in 1995. It was allowed for civilian use in the 1980s. Advances in technology and new demands on the existing system have now led to efforts to modernize the GPS and implement the next generation of GPS Block IIIA satellites and Next Generation Operational Control System (OCX). Announcements from Vice President Al Gore and the White House in 1998 initiated these changes. In 2000, the U.S. Congress authorized the modernization effort, GPS III. During the 1990s, GPS quality was degraded by the United States government in a program called "Selective Availability", however, this is no longer the case, and was discontinued in May 2000 by law signed by President Bill Clinton. New GPS receiver devices using the L5 frequency to begin release in 2018 are expected to have a much higher accuracy and pinpoint a device to within 30 centimeters or just under one foot.

The GPS system is provided by the United States government, which can selectively deny access to the system, as happened to the Indian military in 1999 during the Kargil War, or degrade the service at any time.[8] As a result, a number of countries have developed or are in the process of setting up other global or regional navigation systems. The Russian Global Navigation Satellite System (GLONASS) was developed contemporaneously with GPS, but suffered from incomplete coverage of the globe until the mid-2000s. GLONASS can be added to GPS devices, making more satellites available and enabling positions to be fixed more quickly and accurately, to within two meters. China's BeiDou Navigation Satellite System is due to achieve global reach in 2020. There are also the European Union Galileo positioning system, and India's NAVIC. Japan's Quasi-Zenith Satellite System (scheduled to commence in November 2018) will be a GPS satellite-based augmentation system to enhance GPS's accuracy.