In this page you can download PNG image - Corkscrew PNG. 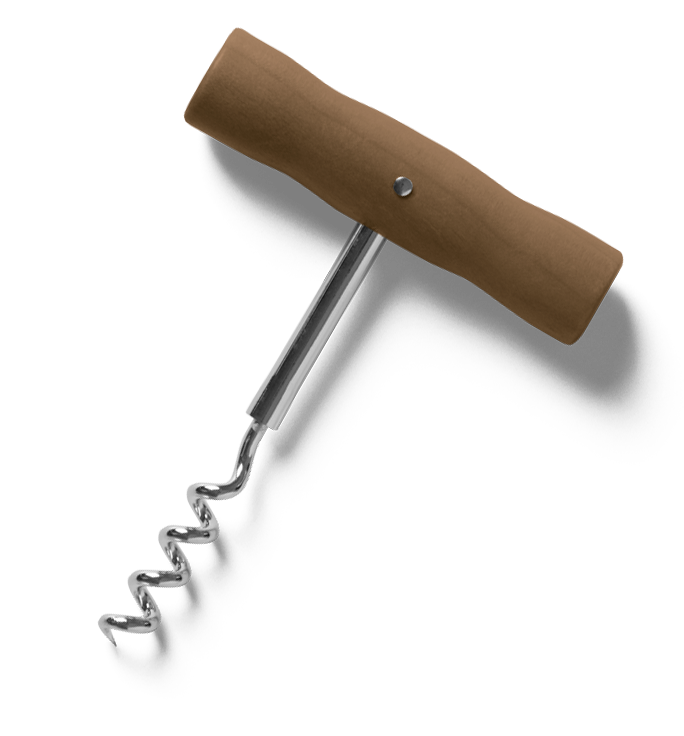 This image has format transparent PNG with resolution 684x736.
You can download this image in best resolution from this page and use it for design and web design.

A corkscrew is a tool for drawing corks from wine bottles, beer bottles and other household bottles before the invention of screw caps and Crown corks. In its traditional form, a corkscrew simply consists of a pointed metallic helix (often called the "worm") attached to a handle, which the user screws into the cork and pulls to extract it. Corkscrews are necessary because corks themselves, being small and smooth, are difficult to grip and remove, particularly when inserted fully into an inflexible glass bottle. More recent styles of corkscrew incorporate various systems of levers that further increase the amount of force that can be applied outwards upon the cork, making easier the extraction of difficult corks.

Its design may have derived from the gun worm which was a device used by musketmen to remove unspent charges from a musket's barrel in a similar fashion, from at least the early 1630s.

The corkscrew is possibly an English invention, due to the tradition of beer and cider, and Treatise on Cider by John Worlidge in 1676 describes "binning of tightly corked cider bottles on their sides", although the earliest reference to a corkscrew is, "steel worm used for the drawing of Corks out of Bottles" from 1681.

In 1795, the first corkscrew patent was granted to the Reverend Samuell Henshall, in England. The clergyman affixed a simple disk, now known as the Henshall Button, between the worm and the shank. The disk prevents the worm from going too deep into the cork, forces the cork to turn with the turning of the crosspiece, and thus breaks the adhesion between the cork and the neck of the bottle. The disk is designed and manufactured slightly concave on the underside, which compresses the top of the cork and helps keep it from breaking apart.

A person who collects corkscrews is a helixophile.