In this page you can download PNG image - Scarf PNG. 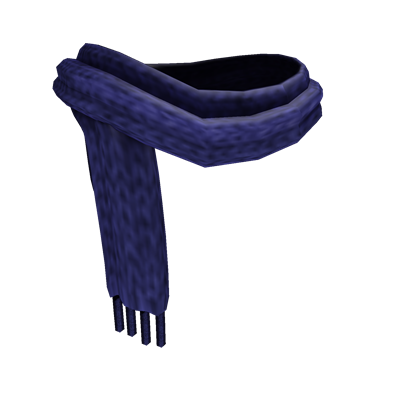 This image has format transparent PNG with resolution 420x420.
You can download this image in best resolution from this page and use it for design and web design.

A scarf, plural scarves, is a piece of fabric worn around the neck for warmth, sun protection, cleanliness, fashion, or religious reasons. They can be made in a variety of different materials such as wool, cashmere, linen or cotton. It is a common type of neckwear.

Scarves have been worn since ancient times. The Statue of Ashurnasirpal II from the 9th century BC features the emperor wearing a shawl. In Ancient Rome, the garment was used to keep clean rather than warm. It was called a focale or sudarium (sudarium from the Latin for "sweat cloth"), and was used to wipe the sweat from the neck and face in hot weather. They were originally worn by men around their neck or tied to their belt.

Historians believe that during the reign of the Chinese Emperor Cheng, scarves made of cloth were used to identify officers or the rank of Chinese warriors.

In later times, scarves were also worn by soldiers of all ranks in Croatia around the 17th century. The only difference in the soldiers' scarves that designated a difference in rank was that the officers had silk scarves whilst the other ranks were issued with cotton scarves. Some of the Croatian soldiers served as mercenaries with the French forces. The men's scarves were sometimes referred to as "cravats" (from the French cravate, meaning "Croat"), and were the precursor of the necktie.

The scarf became a real fashion accessory by the early 19th century for both men and women. By the middle of the 20th century, scarves became one of the most essential[citation needed] and versatile clothing accessories for both men and women.In cold climates, a thick knitted scarf, often made of wool, is tied around the neck to keep warm. This is usually accompanied by a heavy jacket or coat.

In drier, dustier warm climates, or in environments where there are many airborne contaminants, a thin headscarf, kerchief, or bandanna is often worn over the eyes and nose and mouth to keep the hair clean. Over time, this custom has evolved into a fashionable item in many cultures, particularly among women. The cravat, an ancestor of the necktie and bow tie, evolved from scarves of this sort in Croatia.

In India, woollen scarfs with Bandhani work are becoming very popular. Bandhani or Bandhej is the name of the tie and dye technique used commonly in Bhuj and Mandvi of the Kutch District of Gujarat State.

Scarves that are used to cover the lower part of the face are sometimes called a muffler. Scarves can be colloquially called a neck-wrap

Scarfs can be tied in many ways including the pussy-cat bow, the square knot, the cowboy bib, the ascot knot, the loop, the necktie, and the gypsy kerchief. Scarfs can also be tied in various ways on the head.