In this page you can download PNG image - Frog PNG. 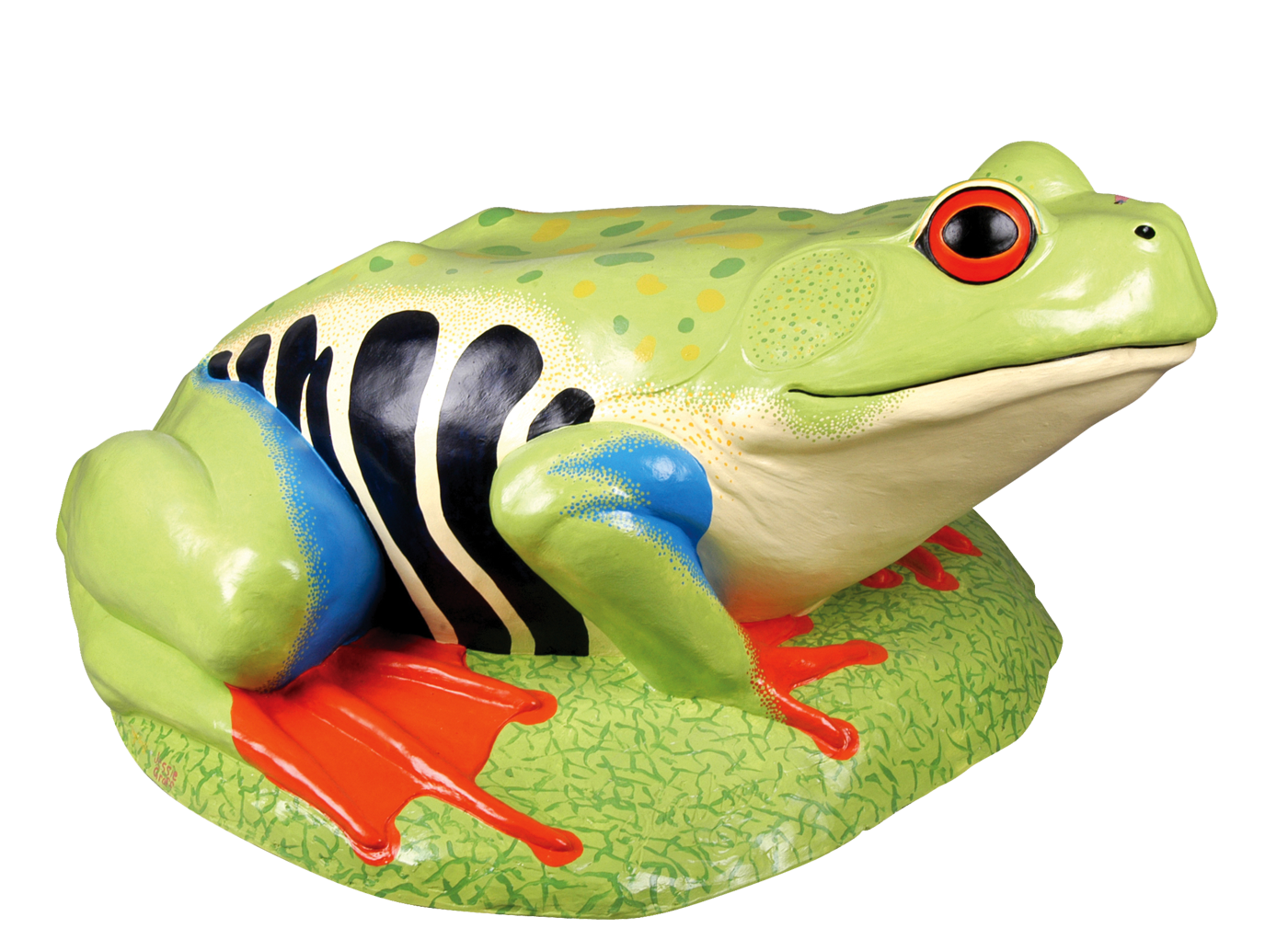 This image has format transparent PNG with resolution 1400x1034.
You can download this image in best resolution from this page and use it for design and web design.

A frog is any member of a diverse and largely carnivorous group of short-bodied, tailless amphibians composing the order Anura (Ancient Greek an-, without + oura, tail). The oldest fossil "proto-frog" appeared in the early Triassic of Madagascar, but molecular clock dating suggests their origins may extend further back to the Permian, 265 million years ago. Frogs are widely distributed, ranging from the tropics to subarctic regions, but the greatest concentration of species diversity is in tropical rainforests. There are approximately 4,800 recorded species, accounting for over 85% of extant amphibian species. They are also one of the five most diverse vertebrate orders.

The body plan of an adult frog is generally characterized by a stout body, protruding eyes, cleft tongue, limbs folded underneath, and the absence of a tail in adults. Besides living in fresh water and on dry land, the adults of some species are adapted for living underground or in trees. The skin of the frog is glandular, with secretions ranging from distasteful to toxic. Warty species of frog tend to be called toads but the distinction between frogs and toads is based on informal naming conventions concentrating on the warts rather than taxonomy or evolutionary history; some toads are more closely related to frogs than to other toads. Frogs' skins vary in colour from well-camouflaged dappled brown, grey and green to vivid patterns of bright red or yellow and black to advertise toxicity and warn off predators.

Frogs typically lay their eggs in water. The eggs hatch into aquatic larvae called tadpoles that have tails and internal gills. They have highly specialized rasping mouth parts suitable for herbivorous, omnivorous or planktivorous diets. The life cycle is completed when they metamorphose into adults. A few species deposit eggs on land or bypass the tadpole stage. Adult frogs generally have a carnivorous diet consisting of small invertebrates, but omnivorous species exist and a few feed on fruit. Frogs are extremely efficient at converting what they eat into body mass. They are an important food source for predators and part of the food web dynamics of many of the world's ecosystems. The skin is semi-permeable, making them susceptible to dehydration, so they either live in moist places or have special adaptations to deal with dry habitats. Frogs produce a wide range of vocalizations, particularly in their breeding season, and exhibit many different kinds of complex behaviours to attract mates, to fend off predators and to generally survive.

Frogs are valued as food by humans and also have many cultural roles in literature, symbolism and religion. Frog populations have declined significantly since the 1950s. More than one third of species are considered to be threatened with extinction and over one hundred and twenty are believed to have become extinct since the 1980s. The number of malformations among frogs is on the rise and an emerging fungal disease, chytridiomycosis, has spread around the world. Conservation biologists are working to understand the causes of these problems and to resolve them.