In this page you can download PNG image - Alfa Romeo 4C PNG. 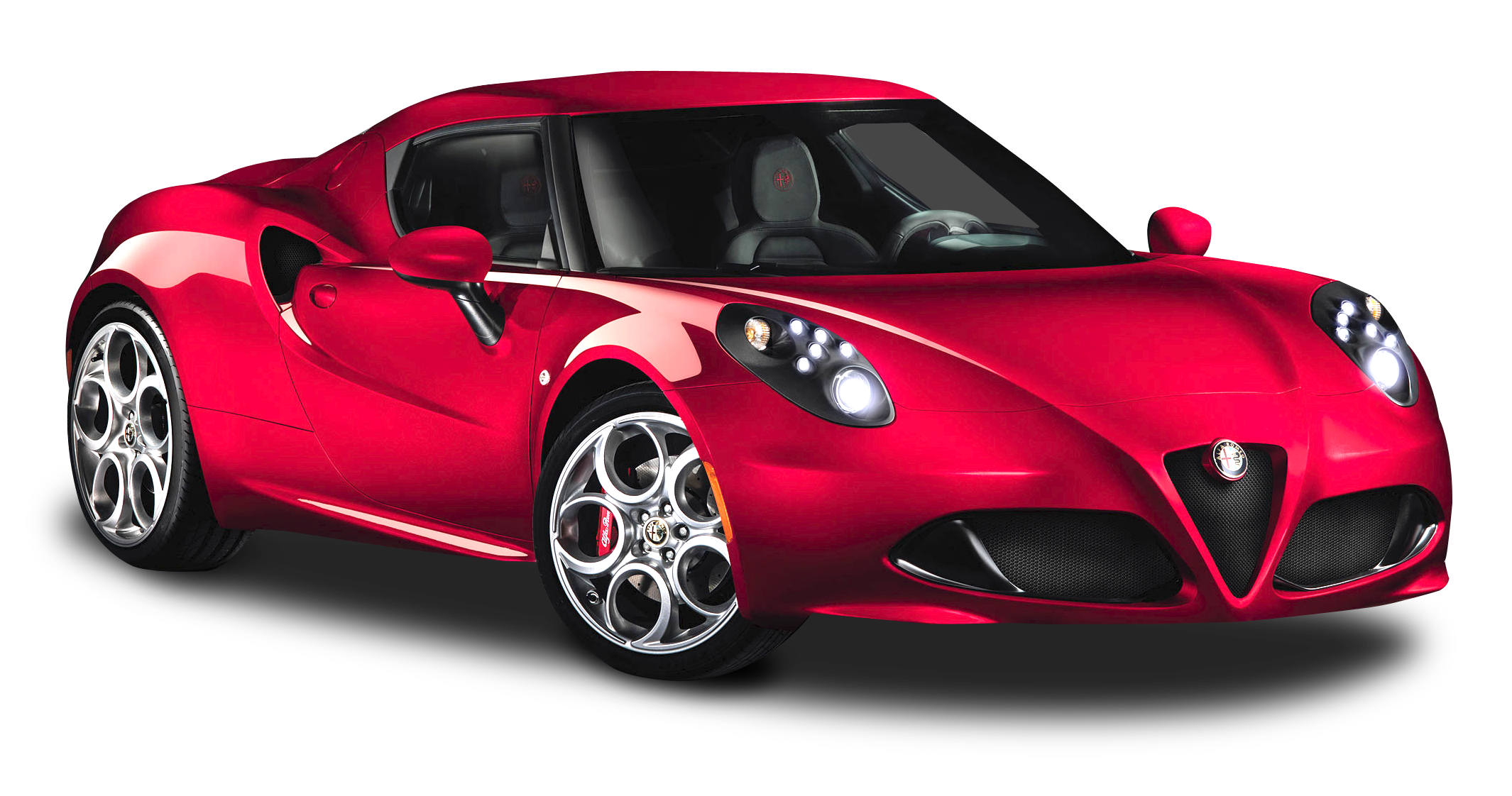 This image has format transparent PNG with resolution 2130x1122.
You can download this image in best resolution from this page and use it for design and web design.

Alfa Romeo Automobiles S.p.A. (Italian pronunciation: [?alfa ro?m??o]) is an Italian car manufacturer, founded as A.L.F.A. ("Anonima Lombarda Fabbrica Automobili", "Anonymous Lombard Automobile Factory") on 24 June 1910, in Milan. The brand is known for sporty vehicles and has been involved in car racing since 1911.

The company was owned by Italian state holding company Istituto per la Ricostruzione Industriale between 1932 and 1986, when it became a part of the Fiat group. In February 2007, the Alfa Romeo brand became Alfa Romeo Automobiles S.p.A., a subsidiary of Fiat Group Automobiles, now Fiat Chrysler Automobiles Italy.

The company that became Alfa Romeo was founded as Societ Anonima Italiana Darracq (SAID) in 1906 by the French automobile firm of Alexandre Darracq, with Italian investors. In late 1909, the Italian Darracq cars were selling slowly and the Italian partners of the company hired Giuseppe Merosi to design new cars. On 24 June 1910, a new company was founded named A.L.F.A., initially still in partnership with Darracq. The first non-Darracq car produced by the company was the 1910 24 HP, designed by Merosi. A.L.F.A. ventured into motor racing, with drivers Franchini and Ronzoni competing in the 1911 Targa Florio with two 24-hp models. In August 1915, the company came under the direction of Neapolitan entrepreneur Nicola Romeo, who converted the factory to produce military hardware for the Italian and Allied war efforts. In 1920, the name of the company was changed to Alfa Romeo with the Torpedo 20-30 HP the first car to be so badged.

In 1921, the Banca Italiana di Sconto, which backed the Ing. Nicola Romeo & Co, went broke and the government needed to support the industrial companies involved, among which was Alfa Romeo, through the "Consorzio per Sovvenzioni sui Valori Industriali". In 1925, the railway activities were separated from the Romeo company, and in 1928, Nicola Romeo left. In 1933, the state ownership was reorganized under the banner of the Istituto per la Ricostruzione Industriale (IRI) by Benito Mussolini's government, which then had effective control. The company struggled to return to profitability after the Second World War, and turned to mass-producing small vehicles rather than hand-building luxury models. In 1954, it developed the Alfa Romeo Twin Cam engine, which would remain in production until 1994. During the 1960s and 1970s, Alfa Romeo produced a number of sporty cars, though the Italian government parent company, Finmeccanica, struggled to make a profit, so it sold the marque to the Fiat Group in 1986.

Alfa Romeo has competed successfully in Grand Prix motor racing, Formula One, sportscar racing, touring car racing, and rallies. It has competed both as a constructor and an engine supplier, via works entries (usually under the name Alfa Corse or Autodelta), and private entries. The first racing car was made in 1913, three years after the foundation of the company, and Alfa Romeo won the inaugural world championship for Grand Prix cars in 1925. The number victories in races until the Second World War, against rivals such as Bentley, and the production of luxury cars compete with Bugatti, have made Alfa Romeo a world motorsport legend. The company gained a good name in motorsport, which gave a sporty image to the whole marque. Enzo Ferrari founded the Scuderia Ferrari racing team in 1929 as an Alfa Romeo racing team, before becoming independent in 1939. It holds the world's title of the most wins of any marque in the world.