In this page you can download PNG image - Chuck Norris PNG. 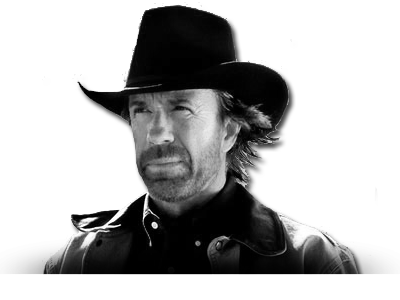 This image has format transparent PNG with resolution 400x300.
You can download this image in best resolution from this page and use it for design and web design.

Carlos Ray Norris (born March 10, 1940) is an American martial artist, actor, film producer and screenwriter. After serving in the United States Air Force, he began his rise to fame as a martial artist, and has since founded his own school of fighting, Chun Kuk Do.

Norris appeared in a number of action films, such as Way of the Dragon, in which he starred alongside Bruce Lee, and was The Cannon Group's leading star in the 1980s. He played the starring role in the television series Walker, Texas Ranger from 1993 until 2001.

Norris is a devout Christian and politically conservative. He has written several books on Christianity and donated to a number of Republican candidates and causes. In 2007 and 2008, he campaigned for former Arkansas Governor Mike Huckabee, who was running for the Republican nomination for president in 2008. Norris also writes a column for the conservative website WorldNetDaily. Since 2005 Norris has been widely associated with an internet meme which documents fictional and often absurd feats associated with him.