In this page you can download PNG image - Camel PNG image. 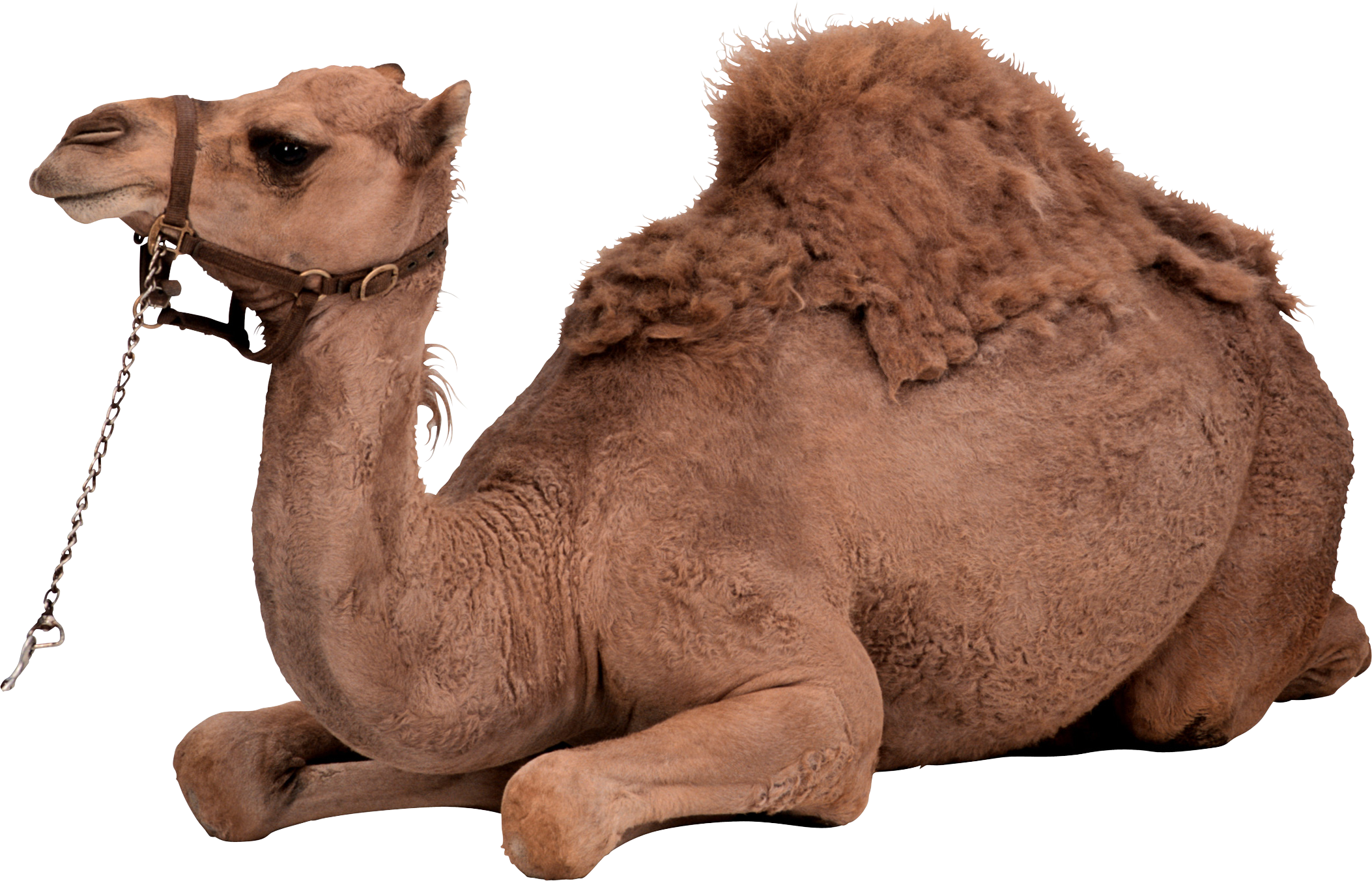 This image has format transparent PNG with resolution 2106x1353.
You can download this image in best resolution from this page and use it for design and web design.

A camel is an even-toed ungulate within the genus Camelus, bearing distinctive fatty deposits known as "humps" on its back. The three surviving species of camel are the dromedary, or one-humped camel, which inhabits the Middle East and the Horn of Africa; the Bactrian, or two-humped camel , which inhabits Central Asia; and the critically endangered wild Bactrian camel that has limited populations in remote areas of northwest China and Mongolia. Bactrian camels take their name from the historical Bactria region of Central Asia (Yam & Khomeiri, 2015). Both the dromedary and the Bactrian camels have been domesticated; they provide milk, meat, hair for textiles or goods such as felted pouches, and are working animals with tasks ranging from human transport to bearing loads.

The term camel is derived via Latin and Greek from Hebrew or Phoenician.

Most of the world's camels are dromedaries (94%) while Bactrian camels and wild Bactrian camels make up only 6% of the total camel population (Yam & Khomeiri, 2015). "Camel" may also be used more broadly to describe any of the seven camel-like mammals in the family Camelidae: the three true camels and the four New World camelids (the llama, alpaca, guanaco, and vicu?a).