In this page you can download PNG image - No smoking PNG. 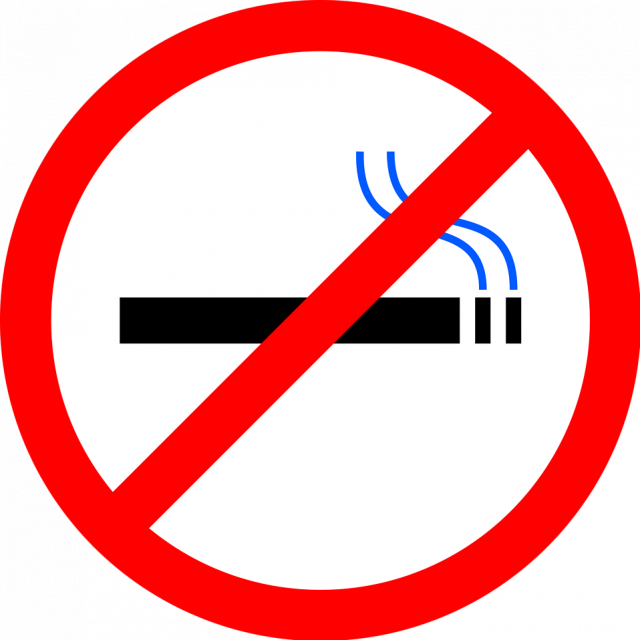 This image has format transparent PNG with resolution 640x640.
You can download this image in best resolution from this page and use it for design and web design.

More images of No smoking

Smoking bans, or smoke-free laws, are public policies, including criminal laws and occupational safety and health regulations, that prohibit tobacco smoking in certain areas, usually in enclosed workplaces and other public spaces. Such policies are usually enacted to protect people from the negative health effects of passive smoking or second-hand smoke (SHS) exposure.

Smoking bans are usually enacted in an attempt to protect people from the effects of second-hand smoke, which include an increased risk of heart disease, cancer, emphysema, and other diseases. Laws implementing bans on indoor smoking have been introduced by many countries and other jurisdictions as public knowledge about the health effects of second-hand smoke increased.

In addition, such laws may reduce health care costs, improve work productivity, and lower the overall cost of labour in the community thus protected, making that workforce more attractive for employers. In the US state of Indiana, the economic development agency included in its 2006 plan for acceleration of economic growth encouragement for cities and towns to adopt local smoking bans as a means of promoting job growth in communities.

The World Health Organization considers smoking bans to have an influence on reducing demand for tobacco by creating an environment where smoking becomes increasingly more difficult and to help shift social norms away from the acceptance of smoking in everyday life. Along with tax measures, cessation measures, and education, smoking bans are viewed by public health experts as an important element in reducing smoking rates and promoting positive health outcomes. When effectively implemented, they are seen as an important element of policy to support behaviour change in favour of a healthy lifestyle.

Banning smoking in public places has helped to cut premature births by 10 percent, according to new research from the United States and Europe.

No symbol, which with a cigarette added becomes an international symbol for "no smoking".