In this page you can download PNG image - Crab PNG. 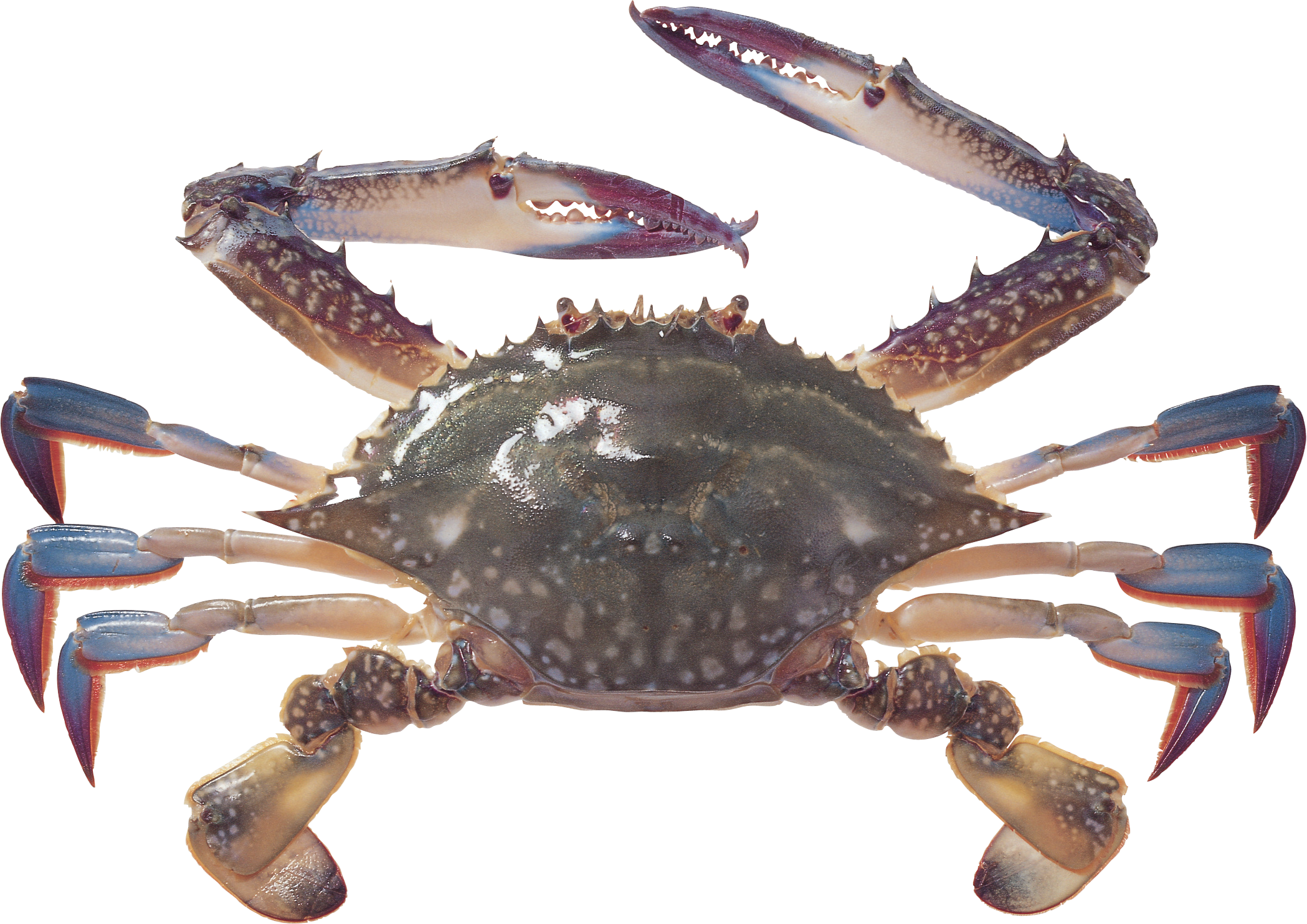 This image has format transparent PNG with resolution 2098x1483.
You can download this image in best resolution from this page and use it for design and web design.

Crabs are decapod crustaceans of the infraorder Brachyura, which typically have a very short projecting "tail" (abdomen), usually entirely hidden under the thorax. They live in all the world's oceans, in fresh water, and on land, are generally covered with a thick exoskeleton and have a single pair of claws. Many other animals with similar names – such as hermit crabs, king crabs, porcelain crabs, horseshoe crabs, and crab lice – are not true crabs.

Crabs are generally covered with a thick exoskeleton, composed primarily of calcium carbonate, and armed with a single pair of chelae (claws). Crabs are found in all of the world's oceans, while many crabs live in fresh water and on land, particularly in tropical regions. Crabs vary in size from the pea crab, a few millimetres wide, to the Japanese spider crab, with a leg span of up to 4 metres (13 ft).

About 850 species of crab are freshwater, terrestrial or semi-terrestrial species; they are found throughout the world's tropical and semi-tropical regions. They were previously thought to be a monophyletic group, but are now believed to represent at least two distinct lineages, one in the Old World and one in the New World.[