In this page you can download PNG image - Beer PNG image. 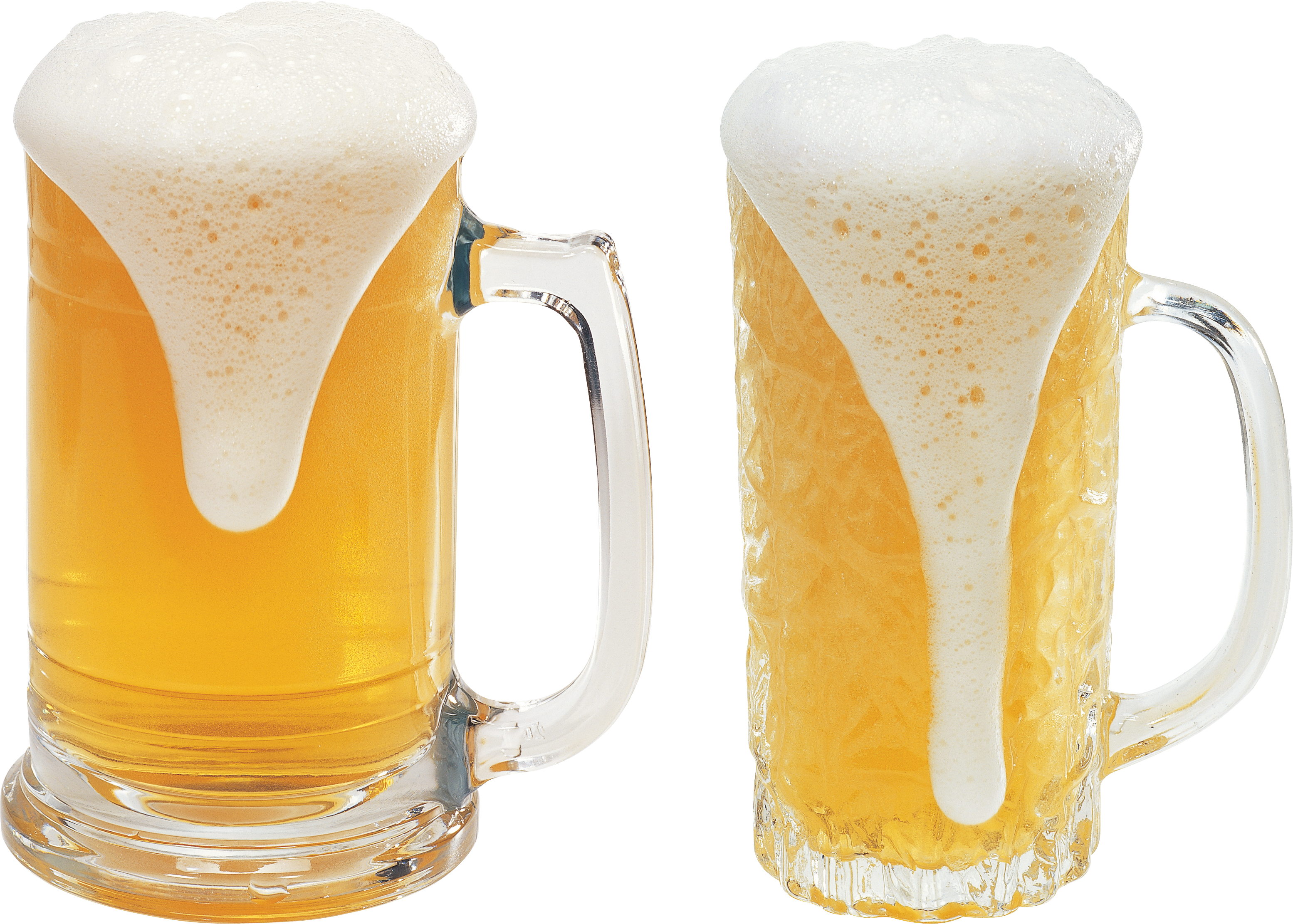 This image has format transparent PNG with resolution 3109x2222.
You can download this image in best resolution from this page and use it for design and web design.

Beer is the world's oldest and most widely consumed alcoholic drink; it is the third most popular drink overall, after water and tea. The production of beer is called brewing, which involves the fermentation of starches, mainly derived from cereal grains—most commonly malted barley, although wheat, maize (corn), and rice are widely used. Most beer is flavoured with hops, which add bitterness and act as a natural preservative, though other flavourings such as herbs or fruit may occasionally be included. The fermentation process causes a natural carbonation effect, although this is often removed during processing, and replaced with forced carbonation. Some of humanity's earliest known writings refer to the production and distribution of beer: the Code of Hammurabi included laws regulating beer and beer parlours, and "The Hymn to Ninkasi", a prayer to the Mesopotamian goddess of beer, served as both a prayer and as a method of remembering the recipe for beer in a culture with few literate people.

Beer is sold in bottles and cans; it may also be available on draught, particularly in pubs and bars. The brewing industry is a global business, consisting of several dominant multinational companies and many thousands of smaller producers ranging from brewpubs to regional breweries. The strength of beer is usually around 4% to 6% alcohol by volume (abv), although it may vary between 0.5% and 20%, with some breweries creating examples of 40% abv and above. Beer forms part of the culture of beer-drinking nations and is associated with social traditions such as beer festivals, as well as a rich pub culture involving activities like pub crawling, and pub games such as bar billiards.