In this page you can download PNG image - Chicken PNG image. 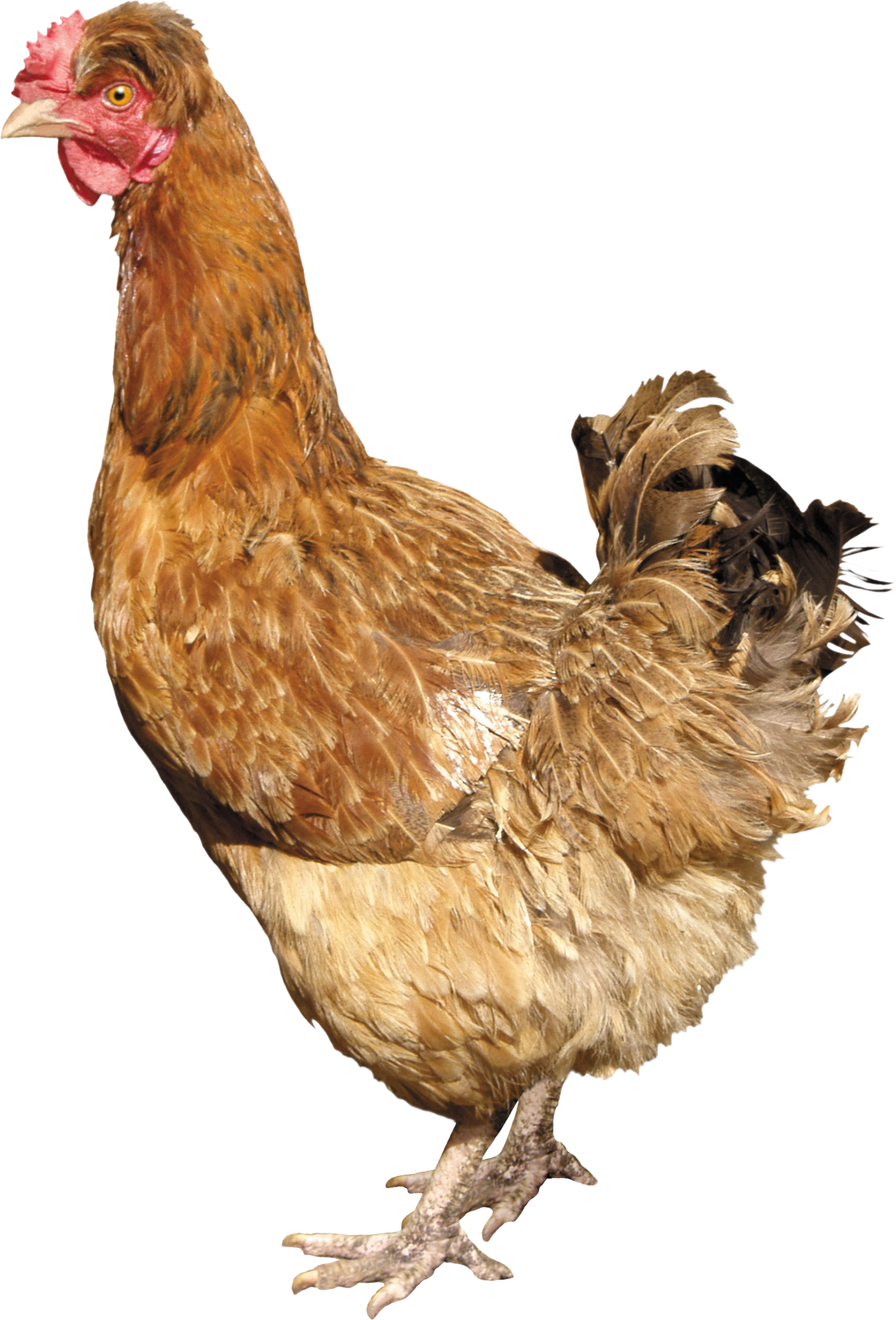 This image has format transparent PNG with resolution 1902x2802.
You can download this image in best resolution from this page and use it for design and web design.

The chicken (Gallus gallus domesticus) is a type of domesticated fowl, a subspecies of the red junglefowl. It is one of the most common and widespread domestic animals, with a total population of more than 19 billion as of 2011. Humans keep chickens primarily as a source of food, consuming both their meat and their eggs.

Genetic studies have pointed to multiple maternal origins in Southeast Asia, East Asia, and South Asia, but with the clade found in the Americas, Europe, the Middle East and Africa originating in the Indian subcontinent. From India, the domesticated chicken was imported to Lydia in western Asia Minor, and to Greece by the fifth century BC.

Chickens are omnivores. In the wild, they often scratch at the soil to search for seeds, insects and even animals as large as lizards, small snakes or young mice.

Chickens may live for five to ten years, depending on the breed. The world's oldest chicken was a hen which died of heart failure at the age of 16 according to Guinness World Records.