In this page you can download PNG image - Elephant PNG. 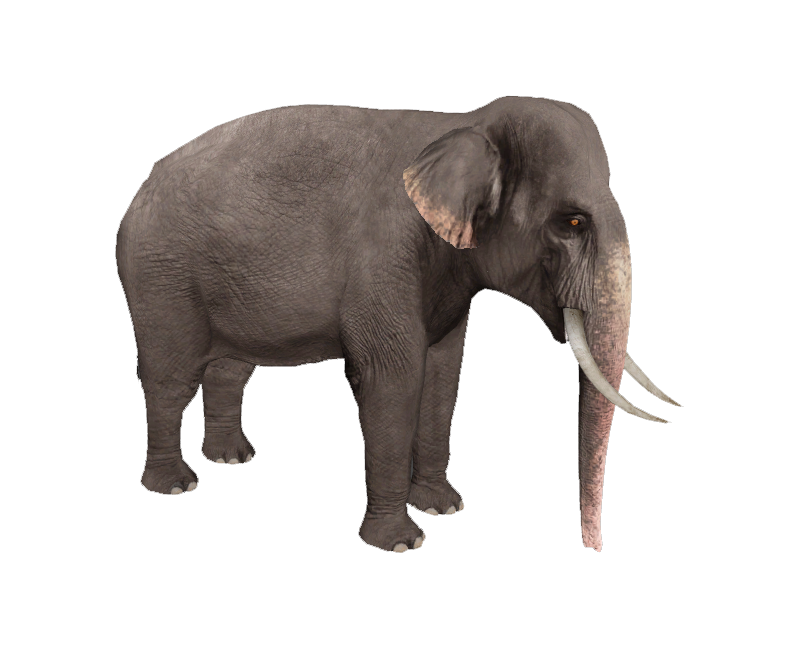 This image has format transparent PNG with resolution 800x649.
You can download this image in best resolution from this page and use it for design and web design.

Elephants are large mammals of the family Elephantidae and the order Proboscidea. Three species are recognised, the African bush elephant (Loxodonta africana), the African forest elephant (L. cyclotis), and the Asian elephant (Elephas maximus). Elephants are scattered throughout sub-Saharan Africa, South Asia, and Southeast Asia. Elephantidae is the only surviving family of the order Proboscidea; other, now extinct, members of the order include deinotheres, gomphotheres, mammoths, and mastodons. Male African elephants are the largest extant terrestrial animals and can reach a height of 4 m (13 ft) and weigh 7,000 kg (15,000 lb). All elephants have several distinctive features, the most notable of which is a long trunk or proboscis, used for many purposes, particularly breathing, lifting water, and grasping objects. Their incisors grow into tusks, which can serve as weapons and as tools for moving objects and digging. Elephants' large ear flaps help to control their body temperature. Their pillar-like legs can carry their great weight. African elephants have larger ears and concave backs while Asian elephants have smaller ears and convex or level backs.

Elephants are herbivorous and can be found in different habitats including savannahs, forests, deserts, and marshes. They prefer to stay near water. They are considered to be keystone species due to their impact on their environments. Other animals tend to keep their distance from elephants while predators, such as lions, tigers, hyenas, and any wild dogs, usually target only young elephants (or "calves"). Females ("cows") tend to live in family groups, which can consist of one female with her calves or several related females with offspring. The groups are led by an individual known as the matriarch, often the oldest cow. Elephants have a fission–fusion society in which multiple family groups come together to socialise. Males ("bulls") leave their family groups when they reach puberty and may live alone or with other males. Adult bulls mostly interact with family groups when looking for a mate and enter a state of increased testosterone and aggression known as musth, which helps them gain dominance and reproductive success. Calves are the centre of attention in their family groups and rely on their mothers for as long as three years. Elephants can live up to 70 years in the wild. They communicate by touch, sight, smell, and sound; elephants use infrasound, and seismic communication over long distances. Elephant intelligence has been compared with that of primates and cetaceans. They appear to have self-awareness and show empathy for dying or dead individuals of their kind.

African elephants are listed as vulnerable by the International Union for Conservation of Nature (IUCN) while the Asian elephant is classed as endangered. One of the biggest threats to elephant populations is the ivory trade, as the animals are poached for their ivory tusks. Other threats to wild elephants include habitat destruction and conflicts with local people. Elephants are used as working animals in Asia. In the past, they were used in war; today, they are often controversially put on display in zoos, or exploited for entertainment in circuses. Elephants are highly recognisable and have been featured in art, folklore, religion, literature, and popular culture.