In this page you can download PNG image - Passport PNG. 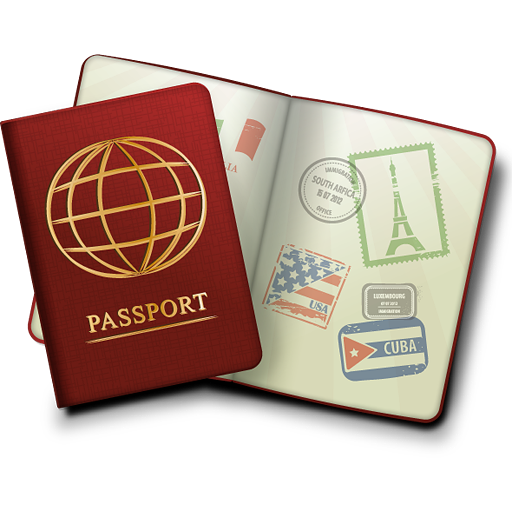 A passport is a travel document, usually issued by a country's government to its citizens, that certifies the identity and nationality of its holder primarily for the purpose of international travel. Standard passports may contain information such as the holder's name, place and date of birth, photograph, signature, and other relevant identifying information.

Many countries have either begun issuing or plan to issue biometric passports that contains an embedded microchip, making them machine-readable and difficult to counterfeit. As of January 2019, there were over 150 jurisdictions issuing e-passports. Previously issued non-biometric machine-readable passports usually remain valid until their respective expiration dates.

A passport holder is normally entitled to enter the country that issued the passport, though some people entitled to a passport may not be full citizens with right of abode (e.g. American nationals or British nationals). A passport does not of itself create any rights in the country being visited or obligate the issuing country in any way, such as providing consular assistance. Some passports attest to the bearer having a status as a diplomat or other official, entitled to rights and privileges such as immunity from arrest or prosecution.

Many countries normally allow entry to holders of passports of other countries, sometimes requiring a visa also to be obtained, but this is not an automatic right. Many other additional conditions, such as not being likely to become a public charge for financial or other reasons, and the holder not having been convicted of a crime, may apply. Where a country does not recognise another, or is in dispute with it, it may prohibit the use of their passport for travel to that other country, or may prohibit entry to holders of that other country's passports, and sometimes to others who have, for example, visited the other country. Some individuals are subject to sanctions which deny them entry into particular countries.

Some countries and international organisations issue travel documents which are not standard passports, but enable the holder to travel internationally to countries that recognise the documents. For example, stateless persons are not normally issued a national passport, but may be able to obtain a refugee travel document or the earlier "Nansen passport" which enables them to travel to countries which recognise the document, and sometimes to return to the issuing country.

Passports may be requested in other circumstances to confirm identification such as checking into a hotel or when changing money to a local currency. Passports and other travel documents have an expiry date, after which it is no longer recognised, but it is recommended that a passport is valid for at least six months as many airlines deny boarding to passengers whose passport has a shorter expiry date, even if the destination country may not have such a requirement.

Today, most countries issue individual passports to applying citizens, including children, with only a few still issuing family passports (see below under "Types") or including children on a parent's passport (most countries having switched to individual passports in the early to mid-20th century). When passport holders apply for a new passport (commonly, due to expiration of the previous passport, insufficient validity for entry to some countries or lack of blank pages), they may be required to surrender the old passport for invalidation. In some circumstances an expired passport is not required to be surrendered or invalidated (for example, if it contains an unexpired visa).

Under the law of most countries, passports are government property, and may be limited or revoked at any time, usually on specified grounds, and possibly subject to judicial review. In many countries, surrender of one's passport is a condition of granting bail in lieu of imprisonment for a pending criminal trial due to flight risk.

Each country sets its own conditions for the issue of passports. For example, Pakistan requires applicants to be interviewed before a Pakistani passport will be granted. When applying for a passport or a national ID card, all Pakistanis are required to sign an oath declaring Mirza Ghulam Ahmad to be an impostor prophet and all Ahmadis to be non-Muslims.

Some countries limit the issuance of passports, where incoming and outgoing international travels are highly regulated, such as North Korea, where ordinary passports are the privilege of a very small number of people trusted by the government.[citation needed] Other countries put requirements on some citizens in order to be granted passports, such as Finland, where male citizens aged 18–30 years must prove that they have completed, or are exempt from, their obligatory military service to be granted an unrestricted passport; otherwise a passport is issued valid only until the end of their 28th year, to ensure that they return to carry out military service. Other countries with obligatory military service, such as South Korea and Syria, have similar requirements, e.g. South Korean passport and Syrian passport.