In this page you can download PNG image - Gold bars PNG image. 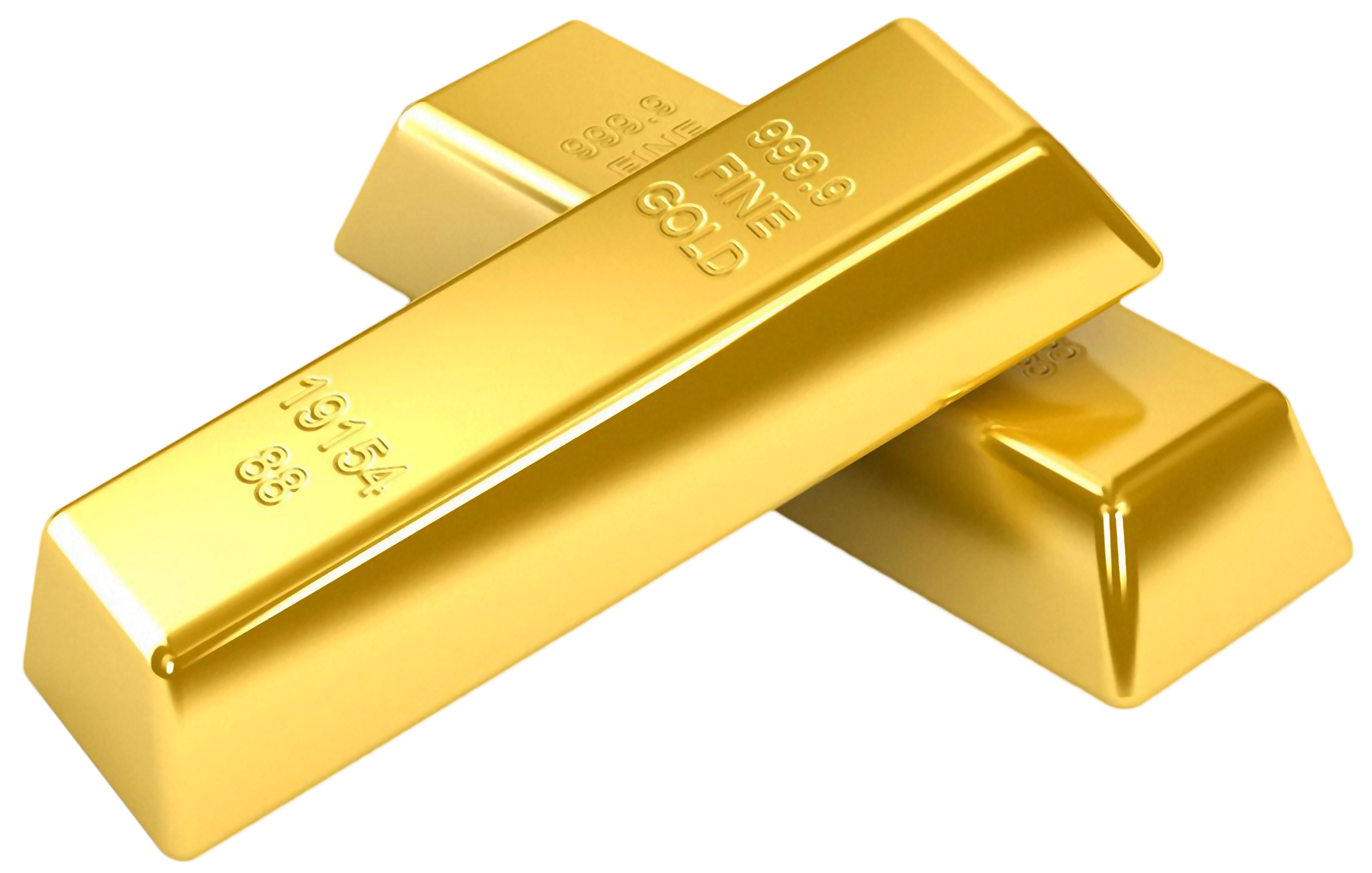 This image has format transparent PNG with resolution 2179x1387.
You can download this image in best resolution from this page and use it for design and web design.

Gold is a chemical element with symbol Au (from Latin: aurum) and atomic number 79. In its purest form, it is a bright, slightly reddish yellow, dense, soft, malleable, and ductile metal. Chemically, gold is a transition metal and a group 11 element. It is one of the least reactive chemical elements and is solid under standard conditions. Gold often occurs in free elemental (native) form, as nuggets or grains, in rocks, in veins, and in alluvial deposits. It occurs in a solid solution series with the native element silver (as electrum) and also naturally alloyed with copper and palladium. Less commonly, it occurs in minerals as gold compounds, often with tellurium (gold tellurides).

Gold is thought to have been produced in supernova nucleosynthesis, from the collision of neutron stars, and to have been present in the dust from which the Solar System formed. Because the Earth was molten when it was formed, almost all of the gold present in the early Earth probably sank into the planetary core. Therefore, most of the gold that is in the Earth's crust and mantle is thought to have been delivered to Earth later, by asteroid impacts during the Late Heavy Bombardment, about 4 billion years ago.

Gold is resistant to most acids, though it does dissolve in aqua regia, a mixture of nitric acid and hydrochloric acid, which forms a soluble tetrachloroaurate anion. Gold is insoluble in nitric acid, which dissolves silver and base metals, a property that has long been used to refine gold and to confirm the presence of gold in metallic objects, giving rise to the term acid test. Gold also dissolves in alkaline solutions of cyanide, which are used in mining and electroplating. Gold dissolves in mercury, forming amalgam alloys, but this is not a chemical reaction.

Historically, the value of gold was rooted in its relative rarity, easy handling and minting, easy smelting and fabrication, resistance to corrosion and other chemical reactions (nobility) and its distinctive color. As a precious metal, gold has been used for coinage, jewelry, and other arts throughout recorded history. In the past, a gold standard was often implemented as a monetary policy, but gold coins ceased to be minted as a circulating currency in the 1930s, and the world gold standard was abandoned for a fiat currency system after 1976.

A total of 186,700 tonnes of gold exists above ground, as of 2015. The world consumption of new gold produced is about 50% in jewelry, 40% in investments, and 10% in industry. Gold's high malleability, ductility, resistance to corrosion and most other chemical reactions, and conductivity of electricity have led to its continued use in corrosion resistant electrical connectors in all types of computerized devices (its chief industrial use). Gold is also used in infrared shielding, colored-glass production, gold leafing, and tooth restoration. Certain gold salts are still used as anti-inflammatories in medicine. As of 2014, the world's largest gold producer by far was China with 450 tonnes.