In this page you can download PNG image - Humvee, HMMWV PNG. 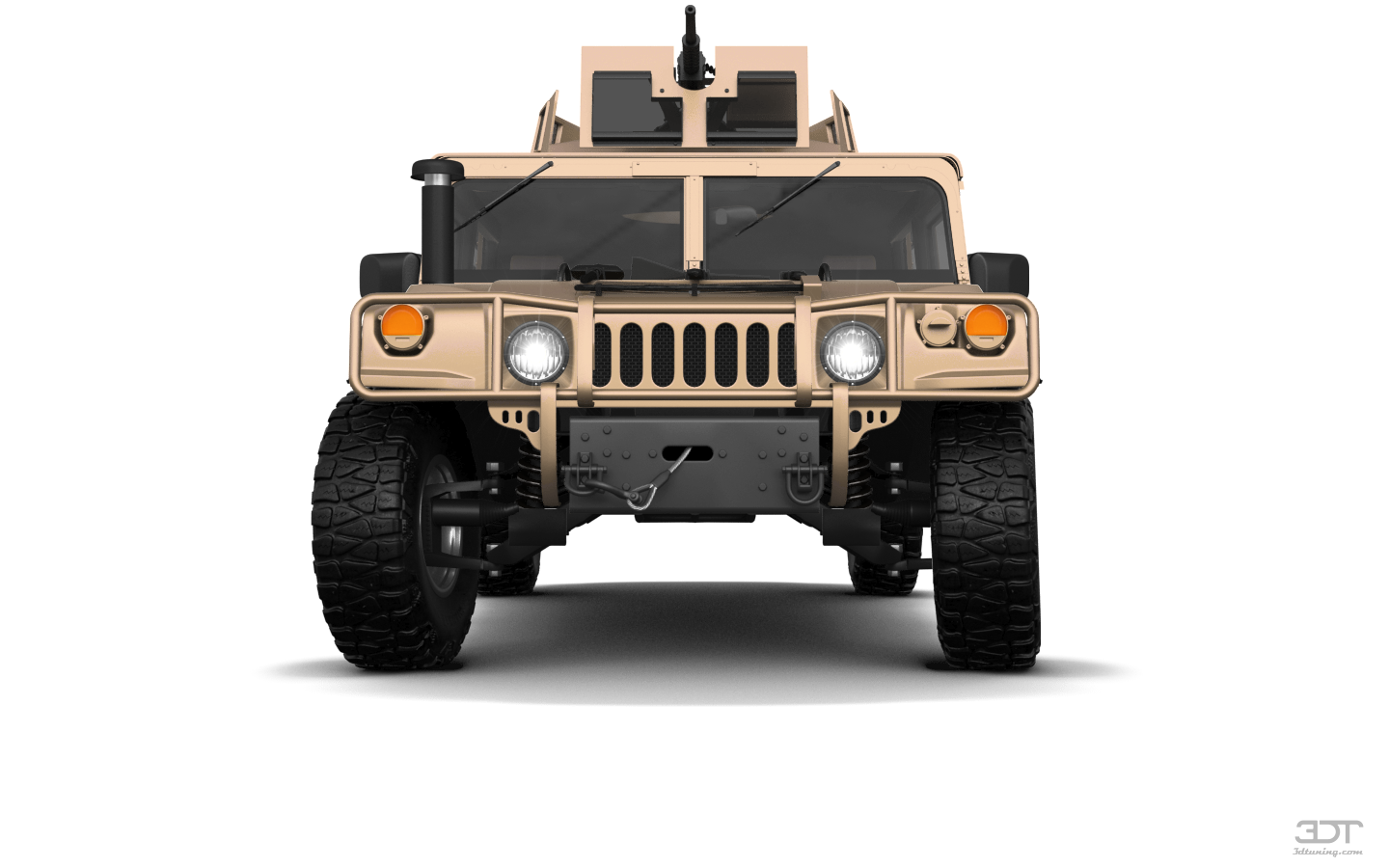 This image has format transparent PNG with resolution 1440x900.
You can download this image in best resolution from this page and use it for design and web design.

The High Mobility Multipurpose Wheeled Vehicle (HMMWV; colloquial: Humvee) is a family of light, four-wheel drive, military trucks and utility vehicles produced by AM General. It has largely supplanted the roles previously performed by the original jeep, and others such as the Vietnam War-era M151 jeep, the M561 "Gama Goat", their M718A1 and M792 ambulance versions, the Commercial Utility Cargo Vehicle, and other light trucks. Primarily used by the United States military, it is also used by numerous other countries and organizations and even in civilian adaptations. The Humvee saw widespread use in the Gulf War of 1991, where it navigated the treacherous desert terrain; this usage helped to inspire civilian Hummer versions. The vehicle's original unarmored design was later seen to be inadequate. The vehicle was found to be particularly vulnerable to improvised explosive devices in the Iraq War. The U.S. hastily up-armored select models and replaced front-line units with the MRAP. The U.S. military sought to replace the vehicle in front-line service under the Joint Light Tactical Vehicle (JLTV) program. In 2015 the Oshkosh L-ATV was selected for production.

HMMWVs first saw combat in Operation Just Cause, the U.S. invasion of Panama in 1989. The HMMWV was designed primarily for personnel and light cargo transport behind front lines, not as a front line fighting vehicle. Like the previous jeep, the basic HMMWV has no armor or protection against chemical, biological, radiological, or nuclear threats. Nevertheless, losses were relatively low in conventional operations, such as the Gulf War. Vehicles and crews suffered considerable damage and losses during the Battle of Mogadishu in 1993 because of the nature of urban engagement. However, the chassis survivability allowed the majority of those crews to return to safety, though the HMMWV was never designed to offer protection against intense small arms fire, much less machine guns and rocket-propelled grenades. With the rise of asymmetric warfare and low-intensity conflicts, the HMMWV was pressed into service in urban combat roles for which it was not originally intended.

After Operation Restore Hope in Somalia, the military recognized a need for a more protected HMMWV and AM General developed the M1114, an armored HMMWV to withstand small arms fire. The M1114 has been in production since 1996, seeing limited use in the Balkans before deployment to the Middle East. This design is superior to the M998 with a larger, more powerful turbocharged engine, air conditioning, and a strengthened suspension system. More importantly, it boasts a fully armored passenger area protected by hardened steel and bullet-resistant glass. With the increase in direct attacks and guerrilla warfare in Iraq, AM General diverted the majority of its manufacturing power to producing these vehicles.

Humvees were sent into Afghanistan following the 9/11 terrorist attacks, where they proved invaluable during initial operations. In the early years before IEDs became prevalent, the vehicle was liked by troops for its ability to access rough, mountainous terrain. Some soldiers would remove features from Humvees, including what little armor it had and sometimes even entire doors, to make them lighter and more maneuverable for off-road conditions and to increase visibility. With the onset of the Iraq War, Humvees proved very vulnerable to IEDs; in the first four months of 2006, 67 U.S. troops died in Humvees. To increase protection, the U.S. military hastily added armor kits to the vehicles. Although this somewhat improved survivability, bolting on armor made the Humvee an "ungainly beast", increasing weight and putting a strain on the chassis, which led to unreliability. Armored doors that weighed hundreds of pounds were difficult for troops to open, and the newly armored turret made Humvees top-heavy and increased the danger of rollovers. The U.S. Marine Corps decided to start replacing Humvees in combat with Mine-Resistant, Ambush-Protected (MRAP) vehicles in 2007, and the U.S. Army stated that the vehicle was "no longer feasible for combat" in 2012. However, Humvees have also been used by Taliban insurgents for suicide bombings against the Afghan National Security Forces in the country.

The HMMWV has become the vehicular backbone of U.S. forces around the world. Over 10,000 HMMWVs were employed by coalition forces during the Iraq War. The Humvee has been described as a vehicle with "the right capability for its era": designed to provide payload mobility in protected (safe) areas. However, deploying the vehicle to conflict zones where it was exposed to a full spectrum of threat which it was neither designed to operate, or be survivable in, led to adding protection at the cost of mobility and payload.

On 22 April 2022, Pentagon Press Secretary John F. Kirby described a package of military equipment being transported to Ukraine to assist in its war with Russia, including "100 armored Humvee vehicles". An additional 50 were promised on 19 August 2022.