In this page you can download PNG image - Infant bed, crib PNG. 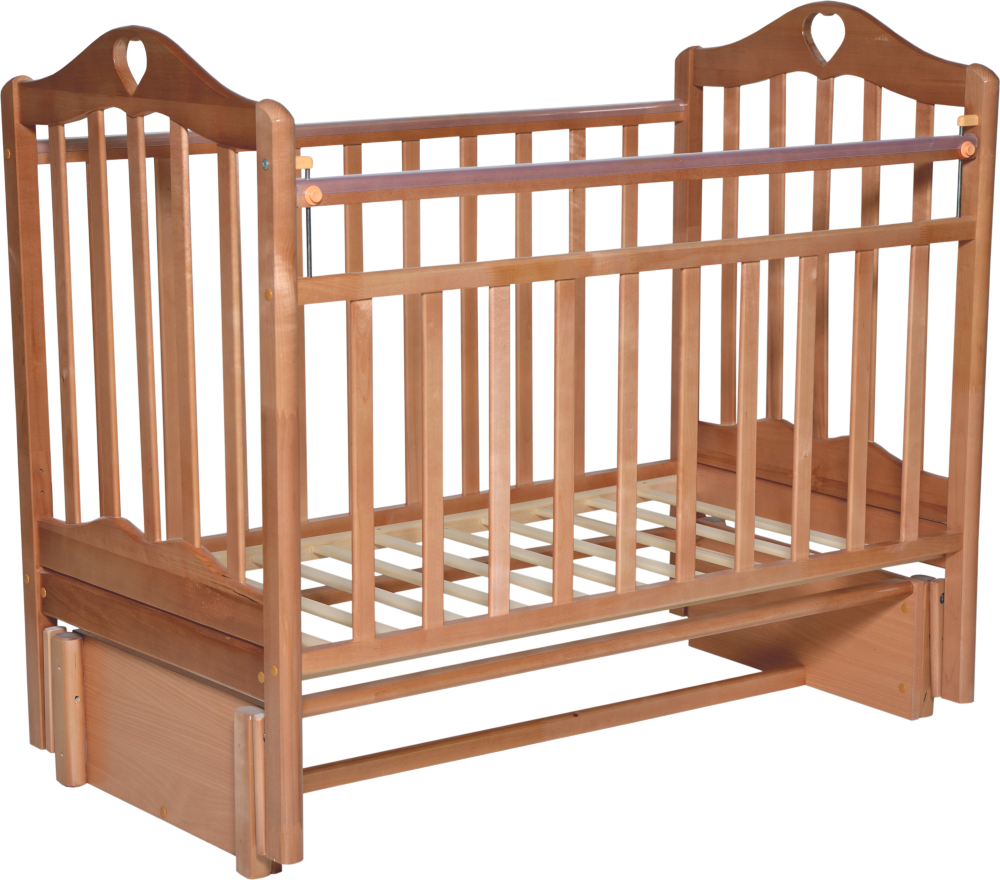 This image has format transparent PNG with resolution 1000x880.
You can download this image in best resolution from this page and use it for design and web design.

An infant bed (commonly called a cot in British English, and, in American English, a crib or cradle, or far less commonly, stock) is a small bed especially for infants and very young children. Infant beds are a historically recent development intended to contain a child capable of standing. The cage-like design of infant beds restricts the child to the bed. Between one and two years of age, children are able to climb out and are moved to a toddler bed to prevent an injurious fall while escaping the bed.

Infant beds are more common in Western countries, employed by the majority of parents as an alternative to sharing a bed (co-sleeping).

As an example of improving safety of infant bed designs, the U.S. Consumer Product Safety Commission has set standards for infant beds sold since 1973. Since this time U.S. annual deaths attributed to infant beds reducing from approximately 200 to approximately 50, and injury rates now at approximately 8,000 per year. Many of these injuries are attributed to the 25 million infant beds manufactured prior to the progressively refined safety standards, yet still in use.

Infant beds are designed to restrict the baby to the bed. The sides are too high for a baby to climb and provide no footholds. Technical standards for infant beds include considerations such as the materials used and preventing hand and head entrapment. Standards for infant beds have been specified in Australia and New Zealand, Europe, the United States[9] and internationally.

Infant beds can be stationary or portable (portacots, portacribs or folding infant beds). In their portable form the beds generally don't feature a dropside, and portability factors are emphasised. Portacots are often made from plastics, are often smaller and fold into a compact package. Rather than bars, they will have breathable mesh sides with an aperture too small for any finger to fit into (less than 5mm by the standards). Standards for folding infant beds exist for Australia and New Zealand, Europe and international (adopted by various organisations including the American National Standards Institute).

Convertible cribs or convertible cots that can be converted into a standard sized bed as the child grows larger have become increasingly popular due to a longer useful life for the furniture. By removing both sides it becomes a toddler bed with unusually high head and foot boards, or removing just one side it becomes a daybed.

Although in the U.S. there is a standard size for an infant bed (~71 cm x ~133 cm), 12% of the 2.4 million infant beds sold annually are not of this size; "mini cribs" are an example of this. The "mini crib" is an umbrella term that covers all cots smaller than the standard size. It means that travel cribs and many play yards can also be called mini cribs. This said, people often use the term for small baby beds with hard sides.

Larger infant beds are manufactured, generally for hospital use or for those with special needs. They may include a top, generally made of plastic or metal, to prevent a child from climbing out.

A cradle is an infant bed which rocks but is non-mobile. It is distinct from a typical bassinet which is a basket-like container on free-standing legs with wheels. A carbonized cradle was found in the remains of Herculaneum left from the destruction of the city by the eruption of Mount Vesuvius in 79 CE.