In this page you can download PNG image - Bicycle helmet PNG. 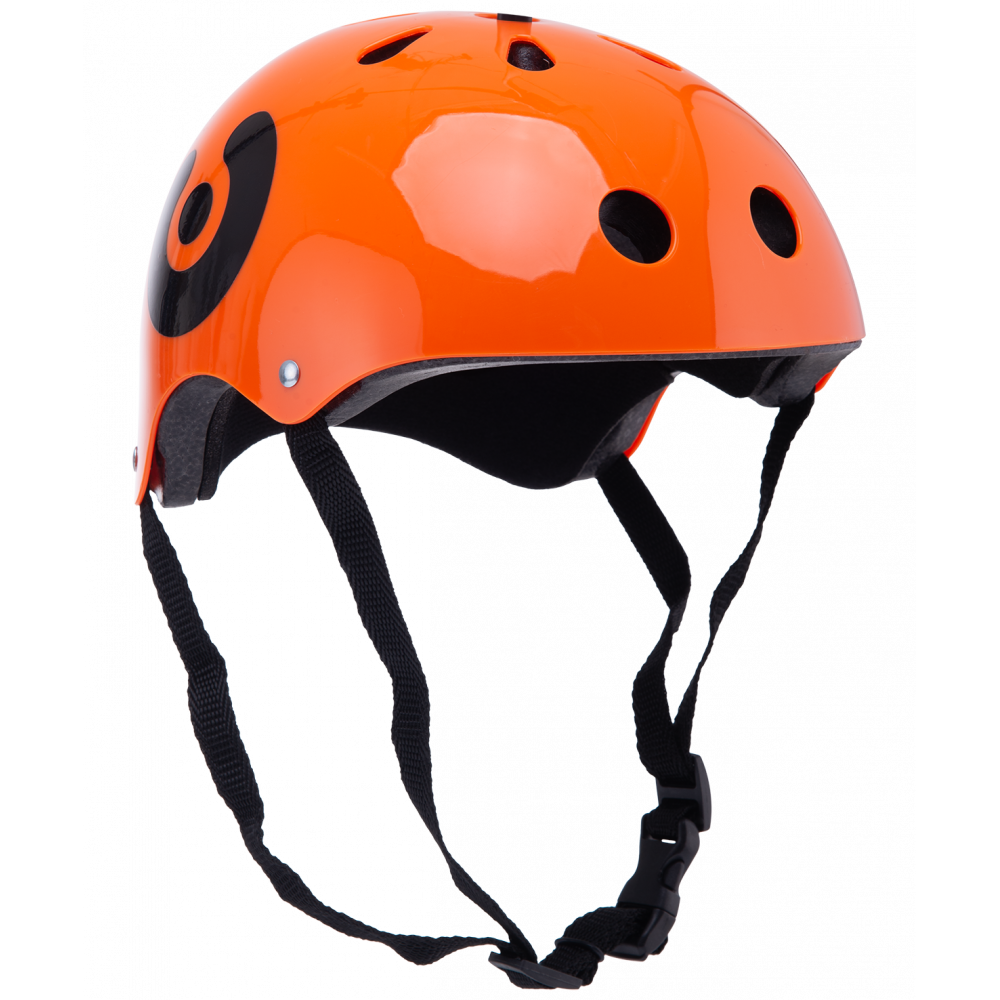 A bicycle helmet is a type of helmet designed to attenuate impacts to the head of a cyclist in falls while minimizing side effects such as interference with peripheral vision. There is ongoing scientific research into the degree of protection offered by bicycle helmets in the event of an accident, and the effects of helmet wearing on cyclist and motor vehicle driver behaviour.

There is active debate over what can be concluded from available studies, and on whether the use of helmets by cyclists should be promoted or mandated, either just for children, or for cyclists of all ages. In particular the debate over bicycle helmet laws has been intense and occasionally bitter, often based not only on differing interpretations of the scientific and other academic literature, but also on differing assumptions and interests of various parties.

Helmets use varies greatly between populations and between groups. Downhill mountain bikers and amateur sportive cyclists normally wear helmets, and helmet use is enforced in professional cycle sport and in a few legal jurisdictions. Utility cyclists and children are much less likely to wear helmets unless compelled.

Historically, road cycling regulations set by the sport's ruling body, Union Cycliste Internationale (UCI), did not require helmet use, leaving the matter to individual preferences and local traffic laws. The majority of professional cyclists chose not to wear helmets, citing discomfort and claiming that helmet weight would put them in a disadvantage during uphill sections of the race.

The first serious attempt by the UCI to introduce compulsory helmet use was 1991 Paris–Nice race, which resulted in a riders' strike, and UCI abandoned the idea.

While voluntary helmet use in professional ranks rose somewhat in the 1990s, the turning point in helmet policy was the March 2003 death of Andrei Kivilev at the Paris–Nice. The new rules were introduced on 5 May 2003, with the 2003 Giro d'Italia being the first major race affected. The 2003 rules allowed for discarding the helmets during final climbs of at least 5 kilometres in length; subsequent revisions made helmet use mandatory at all times.