In this page you can download PNG image - Air balloon PNG. 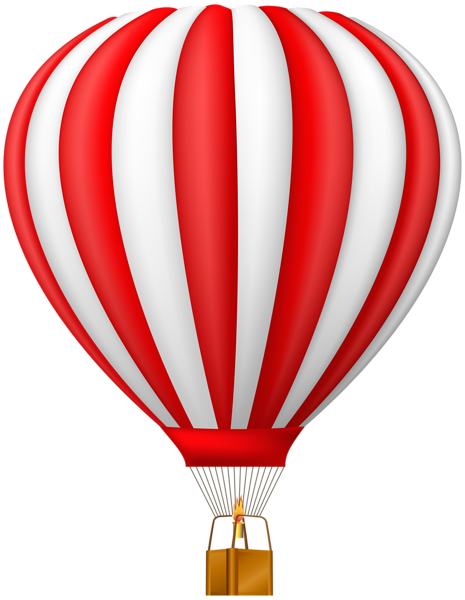 This image has format transparent PNG with resolution 465x600.
You can download this image in best resolution from this page and use it for design and web design.

In aeronautics, a balloon is an unpowered aerostat, which remains aloft or floats due to its buoyancy. A balloon may be free, moving with the wind, or tethered to a fixed point. It is distinct from an airship, which is a powered aerostat that can propel itself through the air in a controlled manner.

Many balloons have a basket, gondola, or capsule suspended beneath the main envelope for carrying people or equipment (including cameras and telescopes, and flight-control mechanisms).

A balloon is conceptually the simplest of all flying machines. The balloon is a fabric envelope filled with a gas that is lighter than the surrounding atmosphere. As the entire balloon is less dense than its surroundings, it rises, taking along with it a basket, attached underneath, which carries passengers or payload. Although a balloon has no propulsion system, a degree of directional control is possible through making the balloon rise or sink in altitude to find favorable wind directions.

There are three main types of balloon:

The Rozière type has both heated and unheated lifting gases in separate gasbags. This type of balloon is sometimes used for long-distance record flights, such as the recent circumnavigations, but is not otherwise in use.

Both the hot air, or Montgolfière, balloon and the gas balloon are still in common use. Montgolfière balloons are relatively inexpensive, as they do not require high-grade materials for their envelopes, and they are popular for balloonist sport activity.

The first balloon which carried passengers used hot air to obtain buoyancy and was built by the brothers Josef and Etienne Montgolfier in Annonay, France in 1783: the first passenger flight was 19 September 1783, carrying a sheep, a duck, and a rooster.

When heated, air expands, so a given volume of space contains less air. This makes it lighter and, if its lifting power is greater than the weight of the balloon containing it, it will lift the balloon upwards. A hot air balloon can only stay up while it has fuel for its burner, to keep the air hot enough.

The Montgolfiers' early hot air balloons used a solid-fuel brazier which proved less practical than the hydrogen balloons that had followed almost immediately, and hot air ballooning soon died out.

In the 1950s, the convenience and low cost of bottled gas burners led to a revival of hot air ballooning for sport and leisure.

The height or altitude of a hot air balloon is controlled by turning the burner up or down as needed, unlike a gas balloon where ballast weights are often carried so that they can be dropped if the balloon gets too low, and in order to land some lifting gas must be vented through a valve.