In this page you can download PNG image - meat PNG. 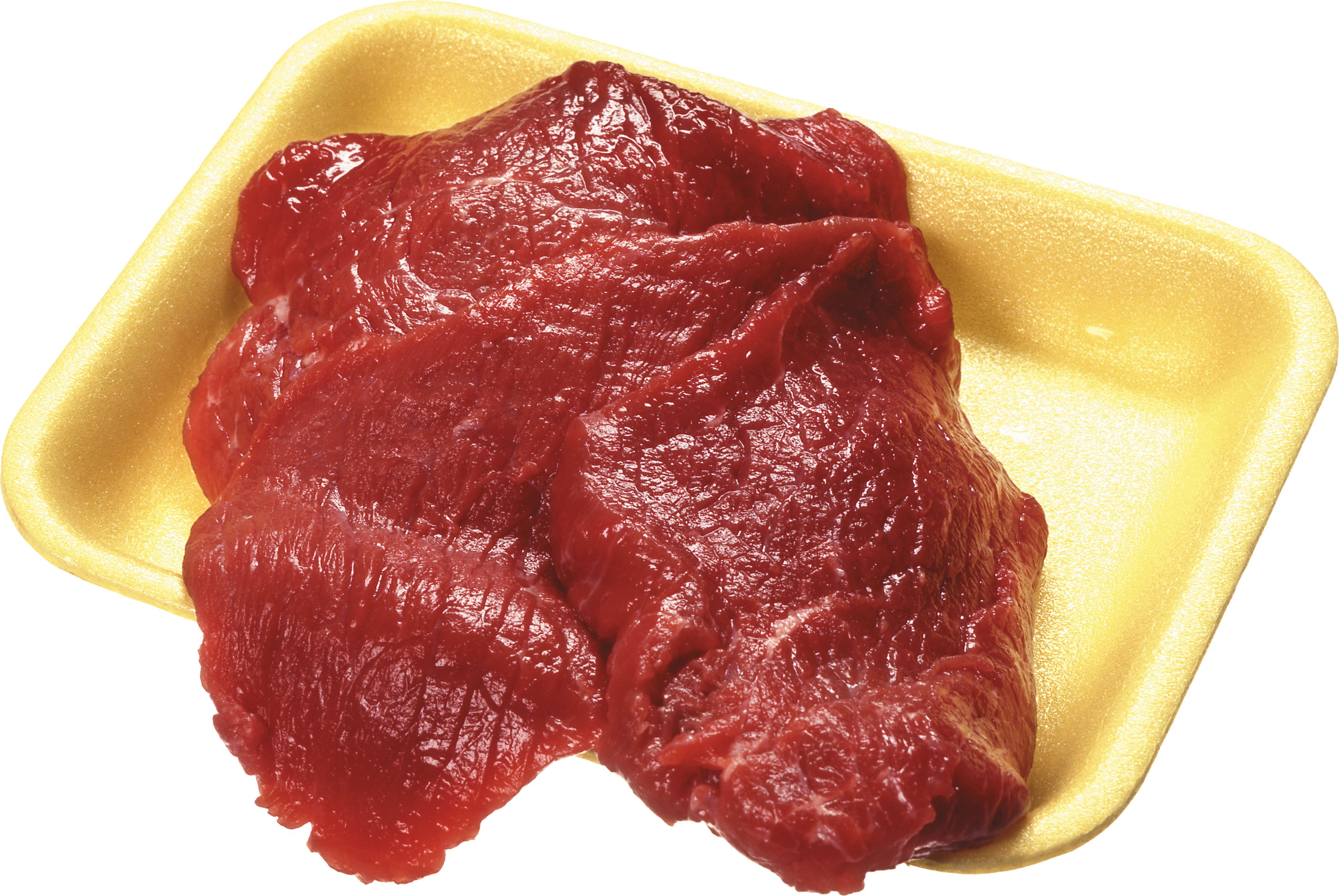 This image has format transparent PNG with resolution 3903x2612.
You can download this image in best resolution from this page and use it for design and web design.

Meat is animal flesh that is eaten as food. Humans have hunted and killed animals for meat since prehistoric times. The advent of civilization allowed the domestication of animals such as chickens, sheep, pigs and cattle. This eventually led to their use in meat production on an industrial scale with the aid of slaughterhouses.

Meat is mainly composed of water, protein, and fat. It is edible raw, but is normally eaten after it has been cooked and seasoned or processed in a variety of ways. Unprocessed meat will spoil or rot within hours or days as a result of infection with and decomposition by bacteria and fungi.

Most often, meat refers to skeletal muscle and associated fat and other tissues, but it may also describe other edible tissues such as offal. Meat is sometimes also used in a more restrictive sense to mean the flesh of mammalian species (pigs, cattle, lambs, etc.) raised and prepared for human consumption, to the exclusion of fish, other seafood, poultry or other animals.

Meat consumption varies worldwide, depending on cultural or religious preferences, as well as economic conditions. Vegetarians choose not to eat meat because of ethical, economic, environmental, religious or health concerns that are associated with meat production and consumption.