In this page you can download PNG image - Belt PNG image. 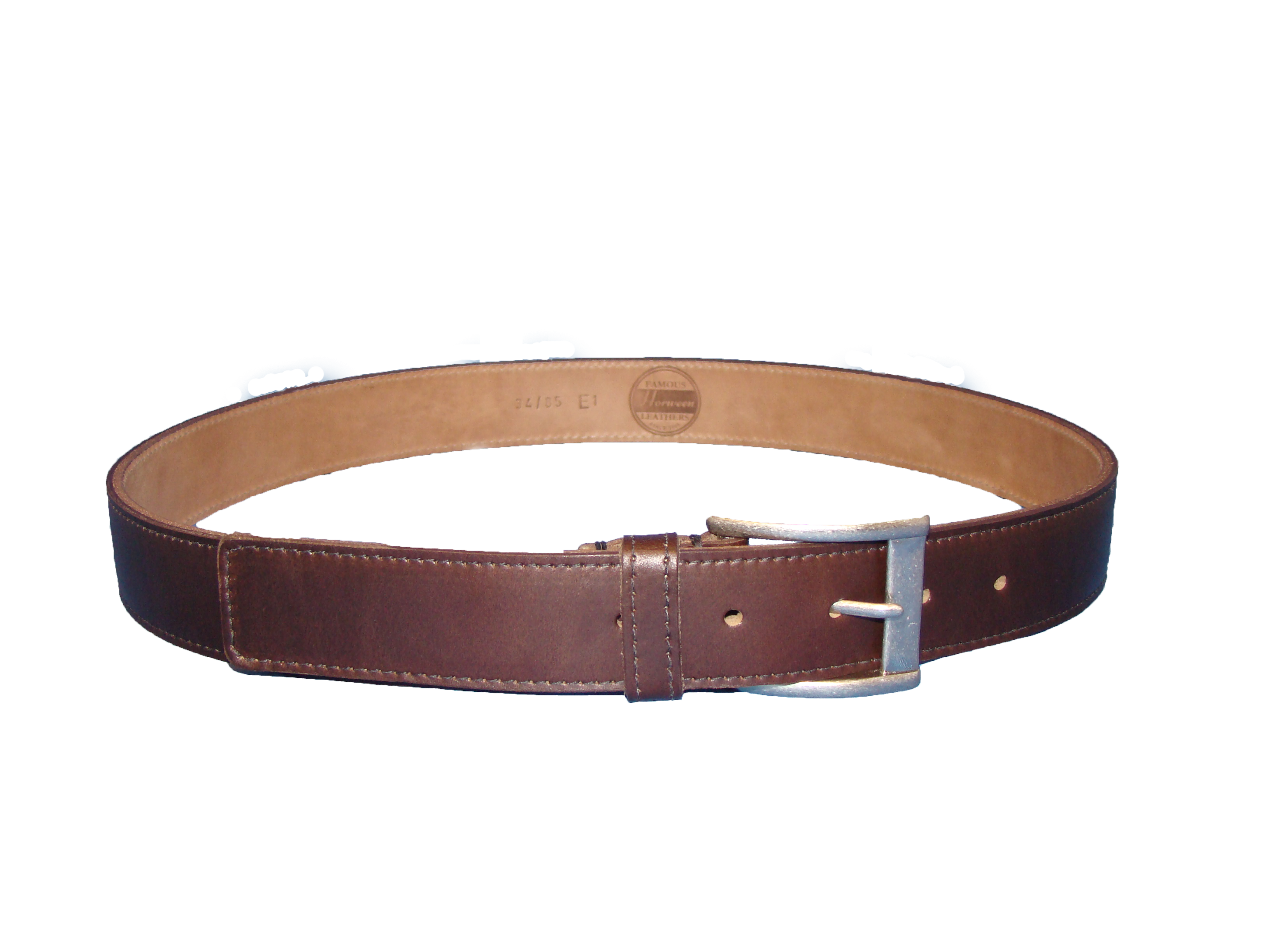 This image has format transparent PNG with resolution 3264x2448.
You can download this image in best resolution from this page and use it for design and web design.

A belt is a flexible band or strap, typically made of leather or heavy cloth and worn around the waist, that is usually of less circumference than the hips underneath. Belts are used to secure or hold up clothing, like trousers or other articles of clothing, in a manner similar to suspenders and garters. Some trousers come with belt loops around the waist, which the belt goes through. Belts can have many uses, but they are often used as a fashion accessory, with many colours, styles, and finishes. In heavy metal subculture, bullet belts and studded belts are worn. Pouches to carry objects such as coin purses, holsters, scabbards, inrōs, etc. have been attached to belts in lieu of pockets.

Belts are often secured with some type of metal buckle, which vary from simple one-color finishes to elaborately decorated belt plates with embossed or bas-relief images or multicolored logos. While belts can be adjusted to suit the circumference of a person's waist, due the variety in waist sizes, belts are sold in different lengths. Belts are generally designed for men's or women's fashion use, although some casual belts are unisex. Due to the size constraints of belt loops, any belt designed fir use with belt loops cannot be too wide. For wonens' belts designed to be worn over a dress, however, belts can be wider, with some wide belts called "waist cinchers" overlapping with corsets in their appearance and function.

Belts have been documented as male clothing since the Bronze Age. Both sexes have used them off and on, depending on the fashion trends. In the western world, belts have been more common for men, with the exception of the early Middle Ages, late 17th century Mantua, and skirt/blouse combinations between 1901 and 1910. Art Nouveau belt buckles are now collectors' items.

In the latter half of the 19th century and until the First World War, the belt was a decorative as well as utilitarian part of military uniform, particularly among officers. In the armed forces of Prussia, Tsarist Russia, and other Eastern European nations, it was common for officers to wear extremely tight pressing into their stomachs and gutting them up, wide belts around the waist, on the outside of the uniform, both to support a saber and for aesthetic reasons. These tightly cinched belts served to draw in the waist and give the wearer a trim physique, emphasizing wide shoulders and a pouting chest. Often the belt served only to emphasize the waist made small by a corset worn under the uniform, a practice which was common especially during the Crimean Wars and was often noted[clarification needed] by soldiers from the Western Front. Political cartoonists of the day[when?] often portrayed the tight waist-cinching of soldiers to comedic effect, and some cartoons survive showing officers being corseted by their inferiors, a practice which surely was uncomfortable but was deemed to be necessary and imposing.

In modern times, men started wearing belts in the 1920s, as trouser waists fell to a lower line. Before the 1920s, belts served mostly a decorative purpose, and were associated with the military. Moreover, prior to that trousers did not even have belt loops. As sportswear, trousers with belt loops were already present in the 19th century. Today it is common for men to wear belts with their trousers. In the US military belts are worn snugly at dress events or at inspection so as convey impressions of fitness and discipline. From 1989 onward the US military standards regarding belt tightness during normal duty and non-duty activities have been somewhat more relaxed to prevent deleterious effects of prolonged excessive abdominal constriction.