In this page you can download PNG image - Christmas tinsel PNG. 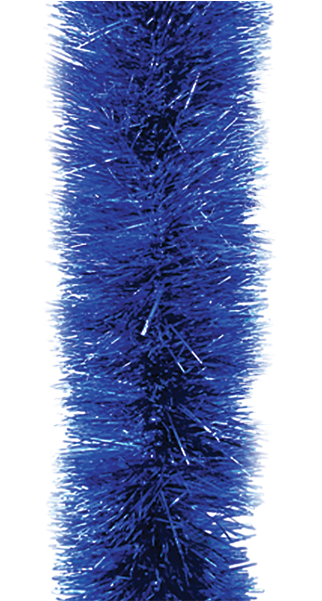 This image has format transparent PNG with resolution 322x601.
You can download this image in best resolution from this page and use it for design and web design.

Tinsel is a type of decorative material that mimics the effect of ice, consisting of thin strips of sparkling material attached to a thread. When in long narrow strips not attached to thread, it is called "lametta", and emulates icicles. It was originally a metallic garland for Christmas decoration. The modern production of tinsel typically involves plastic, and is used particularly to decorate Christmas trees. It may be hung from ceilings or wrapped around statues, lampposts, and so on. Modern tinsel was invented in Nuremberg, Germany, in 1610, and was originally made of shredded silver.

According to the Concise Oxford Dictionary, the word is from the Old French word estincele, meaning "sparkle".

Modern tinsel was invented in Nuremberg around 1610. Tinsel was originally made from extruded strands of silver. Because silver tarnishes quickly, other shiny metals were substituted. Before the 19th century, tinsel was used for adorning sculptures rather than Christmas trees. It was added to Christmas trees to enhance the flickering of the candles on the tree. Tinsel was used to represent the starry sky over a Nativity scene.

Lead foil was a popular material for tinsel manufacture for several decades of the 20th century. Unlike silver, lead tinsel did not tarnish, so it retained its shine. However, use of lead tinsel was phased out after the 1960s due to concern that it exposed children to a risk of lead poisoning. In the United States, the Food and Drug Administration (FDA) concluded in August 1971 that lead tinsel caused an unnecessary risk to children, and convinced manufacturers and importers to voluntarily stop producing or importing lead tinsel after January 1, 1972. The FDA did not actually ban the product because the agency did not have the evidence needed to declare lead tinsel a "health hazard."

Modern tinsel is typically made from polyvinyl chloride (PVC) film coated with a metallic finish. Coated mylar film also has been used. These plastic forms of tinsel do not hang as well as tinsel made from heavy metals such as silver and lead.

Tinsel prints are two different types of print, where tinsel is added after printing, for decorative effect. The older type is a rare style of German religious woodcut from the early 15th century. The later type is English and 19th-century, especially used for prints of actors in their roles.