In this page you can download PNG image - Thunder PNG. 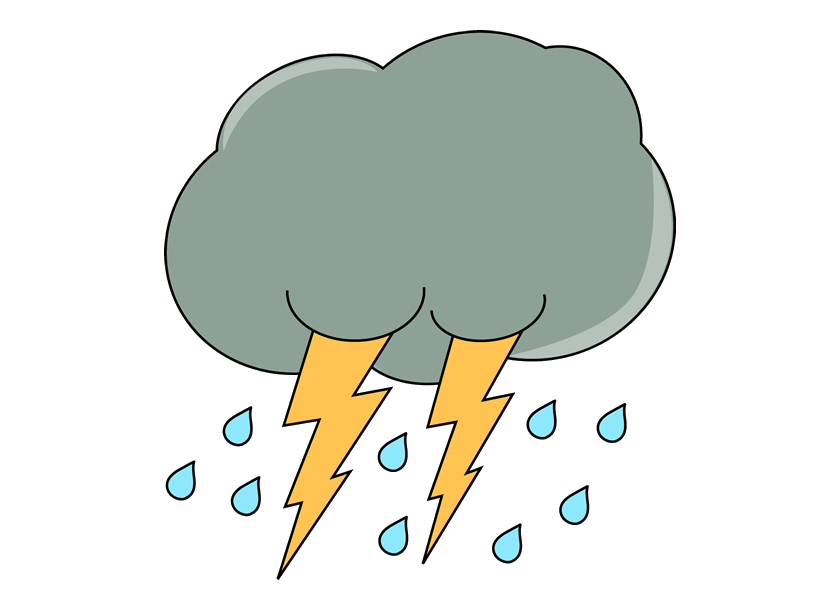 This image has format transparent PNG with resolution 840x610.
You can download this image in best resolution from this page and use it for design and web design.

Thunder is the sound caused by lightning. Depending on the distance from and nature of the lightning, it can range from a sharp, loud crack to a long, low rumble (brontide). The sudden increase in pressure and temperature from lightning produces rapid expansion of the air within and surrounding the path of a lightning strike. In turn, this expansion of air creates a sonic shock wave, often referred to as a "thunderclap" or "peal of thunder".

The cause of thunder has been the subject of centuries of speculation and scientific inquiry. Early thinking was that it was made by deities but the ancient Greek philosophers attributed it to natural causes, such as wind striking clouds (Anaximander, Aristotle) and movement of air within clouds (Democritus).[6] The Roman philosopher, Lucretius held it was from the sound of hail colliding within clouds.

By the mid-19th century, the accepted theory was that lightning produced a vacuum; the collapse of that vacuum produced thunder.

In the 20th century a consensus evolved that thunder must begin with a shock wave in the air due to the sudden thermal expansion of the plasma in the lightning channel. The temperature inside the lightning channel, measured by spectral analysis, varies during its 50 μs existence, rising sharply from an initial temperature of about 20,000 K to about 30,000 K, then dropping away gradually to about 10,000 K. The average is about 20,400 K (20,100 °C; 36,300 °F). This heating causes a rapid outward expansion, impacting the surrounding cooler air at a speed faster than sound would otherwise travel. The resultant outward-moving pulse is a shock wave, similar in principle to the shock wave formed by an explosion, or at the front of a supersonic aircraft.

Experimental studies of simulated lightning have produced results largely consistent with this model, though there is continued debate about the precise physical mechanisms of the process. Other causes have also been proposed, relying on electrodynamic effects of the massive current acting on the plasma in the bolt of lightning.