In this page you can download PNG image - Sky lantern PNG. 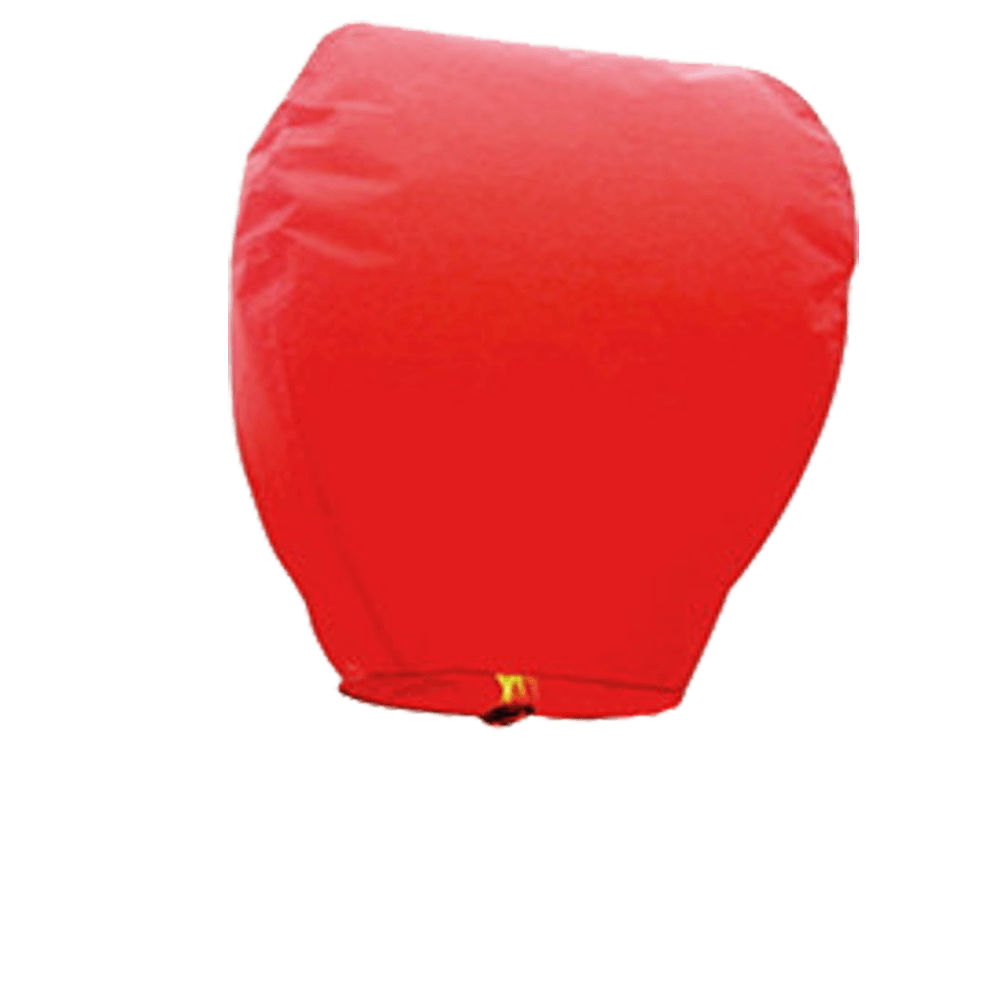 A sky lantern, also known as Kongming lantern or Chinese lantern, is a small hot air balloon made of paper, with an opening at the bottom where a small fire is suspended.

In Asia and elsewhere around the world, sky lanterns have been traditionally made for centuries, to be launched for play or as part of long-established festivities. The name sky lantern is a translation of the Chinese name but they have also been referred to as sky candles or fire balloons.

The general design is a thin paper shell, which may be from about 30 cm to a couple of metres across, with an opening at the bottom. The opening is usually about 10 to 30 cm wide (even for the largest shells), and is surrounded by a stiff collar that serves to suspend the flame source and to keep it away from the walls.

When lit, the flame heats the air inside the lantern, thus lowering its density and causing the lantern to rise into the air. The sky lantern is only airborne for as long as the flame stays alight, after which the lantern sinks back to the ground.

A sky lantern may land when the flame is still alight, making it a fire hazard. In typical designs, as long as the lantern stays upright the paper will not get hot enough to ignite, but if the balloon is tilted (say, by the wind or by hitting some object), it may catch fire while still in the air. All the paper will usually burn in a few seconds, but the flame source may remain lit until it hits the ground.

After the balloon lands, the leftover thin wire frame will rust away very slowly, remaining a hazard to animals that may swallow it. In 2009 British company Sky Orbs Chinese Lanterns developed lanterns with a bio-degradable fireproof rope in place of metal wire. Many other European manufacturers adopted similar designs. In 2012 the same company released a patented design with fireproof base following reports of fires caused by lanterns.

Sky lanterns have also been alleged to pose a danger to aircraft.

On 1 July 2013 the 'largest fire ever' in the West Midlands of England, involving 100,000 tonnes of recycling material and causing an estimated six million pounds worth of damage, was started by a sky lantern which landed at a plastics recycling plant in Smethwick. Images of the lantern starting the fire were captured on CCTV. In response to the fire, Poundland decided to stop selling sky lanterns and recalled their entire stock on 6 July 2013.

In 2018 a pavilion at Riocentro Convention Center, near downtown Rio de Janeiro, Brazil, fully burned after a sky balloon landed on its roof.