In this page you can download PNG image - yellow bananas PNG image. 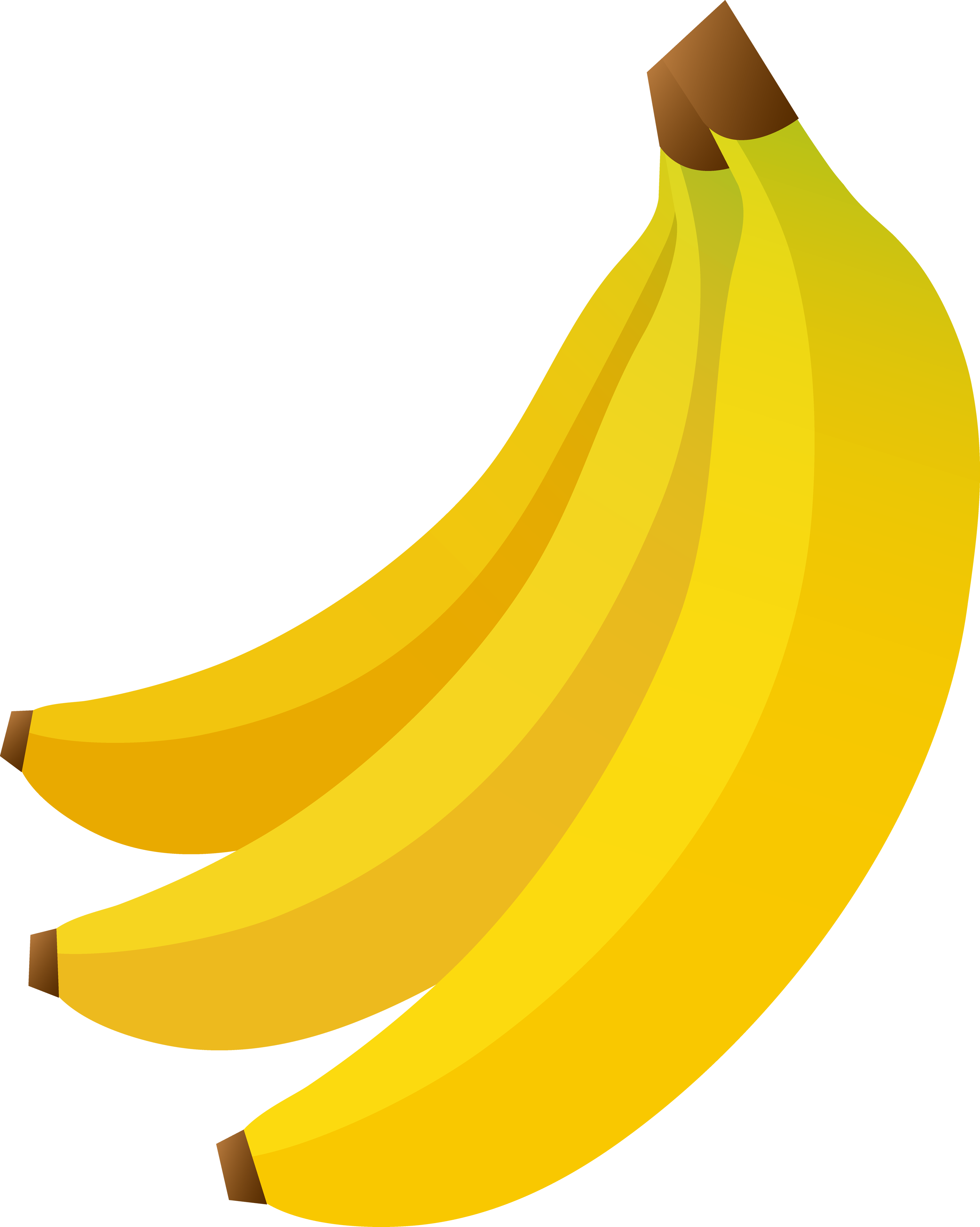 This image has format transparent PNG with resolution 3063x3834.
You can download this image in best resolution from this page and use it for design and web design.

The banana is an edible fruit – botanically a berry – produced by several kinds of large herbaceous flowering plants in the genus Musa. In some countries, bananas used for cooking may be called plantains, in contrast to dessert bananas. The fruit is variable in size, color and firmness, but is usually elongated and curved, with soft flesh rich in starch covered with a rind which may be green, yellow, red, purple, or brown when ripe. The fruits grow in clusters hanging from the top of the plant. Almost all modern edible parthenocarpic (seedless) bananas come from two wild species – Musa acuminata and Musa balbisiana. The scientific names of most cultivated bananas are Musa acuminata, Musa balbisiana, and Musa paradisiaca for the hybrid Musa acuminata M. balbisiana, depending on their genomic constitution. The old scientific name Musa sapientum is no longer used.

Musa species are native to tropical Indomalaya and Australia, and are likely to have been first domesticated in Papua New Guinea. They are grown in 135 countries, primarily for their fruit, and to a lesser extent to make fiber, banana wine and banana beer and as ornamental plants.

Worldwide, there is no sharp distinction between "bananas" and "plantains". Especially in the Americas and Europe, "banana" usually refers to soft, sweet, dessert bananas, particularly those of the Cavendish group, which are the main exports from banana-growing countries. By contrast, Musa cultivars with firmer, starchier fruit are called "plantains". In other regions, such as Southeast Asia, many more kinds of banana are grown and eaten, so the simple two-fold distinction is not useful and is not made in local languages.